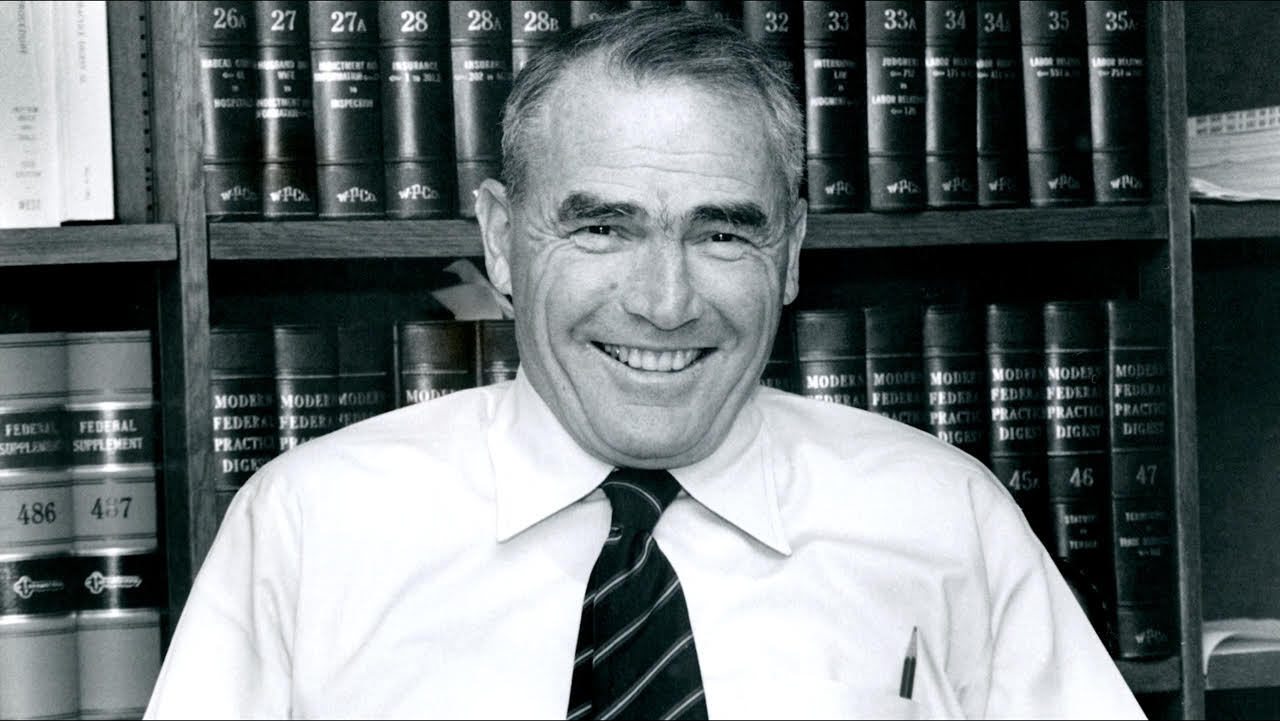 9TH CIRCUIT COWBOY is the story of a true mensch. Judge Harry Pregerson served on California's famously liberal 9th Circuit Court of Appeals for almost half a century and was known for placing his personal scruples over what he discounted as abstract legalities. "I looked upon being a judge," he said, "as a chance to help as many people as I could through the law." Growing up during the Depression in diverse East Los Angeles, Pregerson enlisted in the Marines in World War II and served in the Pacific. In the bloody Battle for Okinawa, he received a field commission to lieutenant after suffering severe gunshot wounds to his legs. After the war, he went on to become a lawyer, a district court judge and ultimately one of the most admired, and sometimes scorned, appellate judges in the United States -- a champion for veterans, the homeless, the poor and the powerless.

Preceded by A FATHER'S KADDISH

Director, producer, writer, cinematographer Terry Sanders is a two-time Oscar® winner and Emmy® winner who has produced and/or directed more than 70 award-winning dramatic features, theatrical documentaries, television specials and a large body of portrait films of major American artists, writers, musicians and public figures. Sanders’ first professional job after producing and photographing the Oscar®-winning dramatic Civil War short story film, A TIME OUT OF WAR, was directing the second unit of NIGHT OF THE HUNTER for director Charles Laughton. Later he adapted The Day Lincoln Was Shot for CBS-TV and co-wrote the screenplay of THE NAKED AND THE DEAD for Warner Bros. He produced and co-directed with his brother Denis the independent features CRIME AND PUNISHMENT, USA and WAR HUNT starring John Saxon and introducing Robert Redford.

NOTE: This film is available throughout WinterFest. The suggested viewing time is Thursday, February 25th 1:00pm