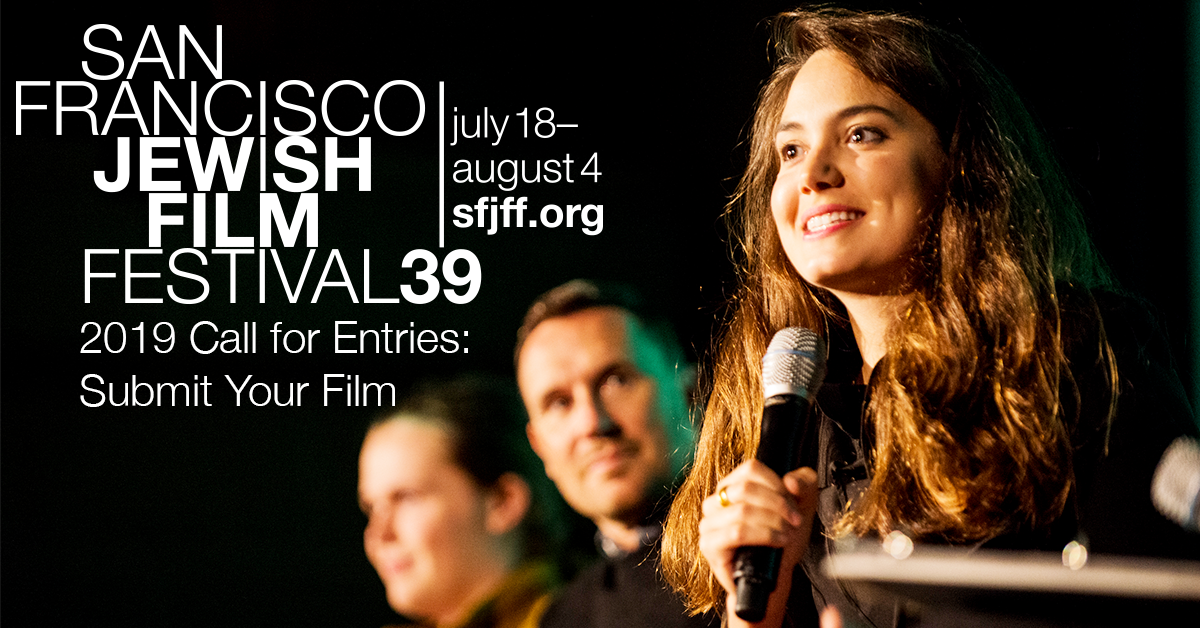 The Call For Entries is now open for the 39th San Francisco Jewish Film Festival (July 18 – August 4, 2019). Works in all genres, lengths and formats are considered. The deadline to submit a film is Monday, February 11, 2019. Learn more about submitting your film here.

The San Francisco Jewish Film Festival (SFJFF), presented by the Jewish Film Institute, is the largest and longest-running festival of its kind and a leader in the curation and presentation of new film and media exploring the complexities of Jewish life around the world. SFJFF attracts more than 40,000 filmgoers and industry professionals to its annual three weeks of inspiring films, events, panels and parties. Screenings take place at the historic Castro theatre in San Francisco and venues throughout the Bay Area during July and August.