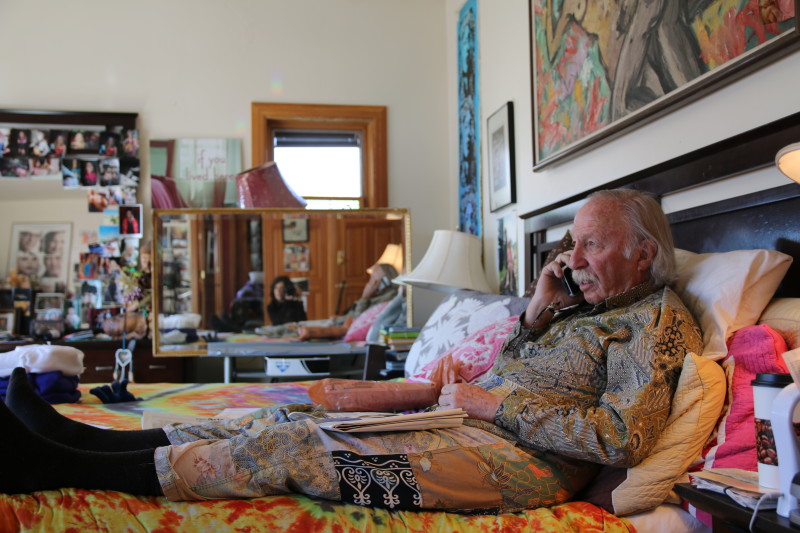 Over a period of 35 years between 1984 and 2019, filmmaker Lynne Sachs shot 8mm and 16mm film, videotape and digital images of her father, Ira Sachs Sr., a bon vivant and pioneering businessman from Park City, Utah. Film About a Father Who is her attempt to understand the web that connects a child to her parent and a sister to her siblings. With a nod to the Cubist renderings of a face, Sachs’ cinematic exploration of her father offers simultaneous, sometimes contradictory, views of one seemingly unknowable man who is publicly the uninhibited center of the frame yet privately ensconced in secrets. In the process, Sachs allows herself and her audience inside to see beyond the surface of the skin, the projected reality. As the startling facts mount, Sachs as a daughter discovers more about her father than she had ever hoped to reveal.

LYNNE SACHS is a filmmaker and a poet born in Memphis Tennessee but living in Brooklyn, New York. Her work explores the intricate relationship between personal observations and broader historical experiences by weaving together text, collage, painting, politics and layered sound design. Strongly committed to a dialogue between cinematic theory and practice, she searches for a rigorous play between image and sound, pushing the visual and aural textures in her work with every new project. Her work ranges from the very personal, as in her early experiments that are reminiscent of Bruce Connor’s found footage films and Chris Marker’s essay films, to documentary, as in her film on the Catonsville Nine’s anti-war activism in INVESTIGATION OF A FLAME. Lynne discovered her love of filmmaking while living in San Francisco where she worked closely with film artists Craig Baldwin, Bruce Conner, Barbara Hammer, George Kuchar, and Trinh T. Min-ha. Between 1994 and 2006, she produced five essay films that took her to Vietnam, Bosnia, Israel, Italy and Germany—sites affected by international war–where she looked at the space between a community’s collective memory and her own subjective perceptions.