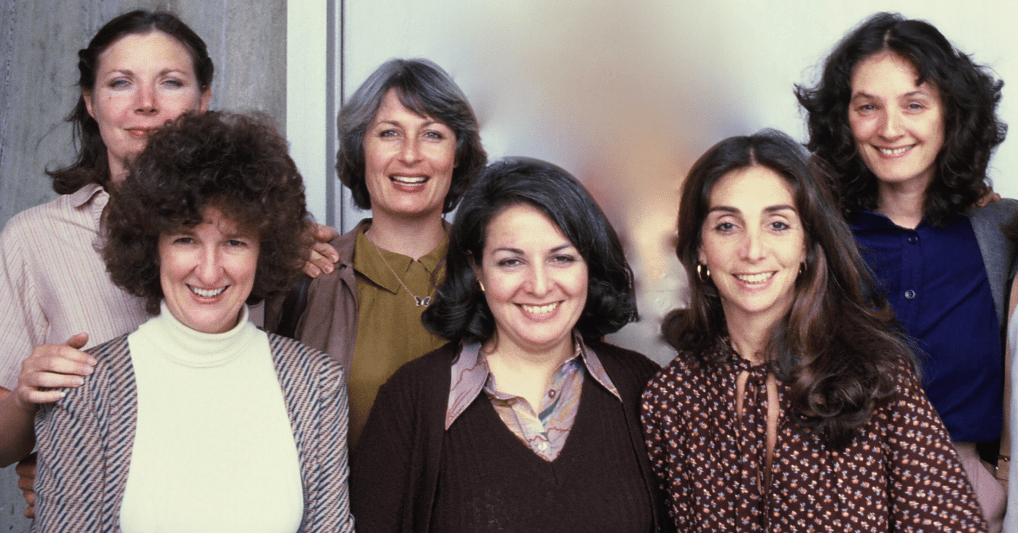 THIS EVENT IS CURRENTLY POSTPONED DUE TO COVID-19 RECOMMENDATIONS FROM SAN FRANCISCO DEPT OF PUBLIC HEALTH. IF YOU HAVE ALREADY PURCHASED TICKETS, THEY WILL BE HONORED AT THE RESCHEDULED EVENT. WE APOLOGIZE FOR ANY INCONVENIENCE AND APPRECIATE YOUR UNDERSTANDING AT THIS TIME. WE ASK THAT YOU CONSIDER DONATING YOUR TICKET IF YOU ARE UNABLE TO ATTEND THE RESCHEDULED EVENT. FOR REFUNDS PLEASE CONTACT THE JFI BOX OFFICE AT: boxoffice@sfjff.org

This event kicks off the Jewish Film Institute's Stories She Tells series - a two-year intiative to celebrate women in film. The discussion will take place at the Lucasfilm Premier Theater at the Letterman Digital Arts Center in San Francisco's illustrious Presidio neighborhood, and will be followed by a separate post-discussion reception at 7:45pm a short walk away at Sessions (1 Letterman Dr, San Francisco, CA 94129).

There was something different about this year's Academy Awards show: more women and people of color than ever before took the stage. With #metoo now a household word, Time’s Up in full swing, and organizations like Geena Davis Institute, Sundance, Women In Film, 50/50 by 2020, and Gamechanger Films agitating strategically for inclusiveness, a new consciousness in Hollywood seems to be changing the tide. Indeed, in 2019, women directed 12% of the 100 top-grossing films; up from 4% in 2013. And 40% of the 100 top-grossing films in 2019 featured a woman in a lead role-- up from 11% in 2011 and 31% in 2018. Sundance Film Festival’s recent competition lineup boasted 38% directors of color and 46% women directors.

Things are looking up, right? Well it's a bit more complicated than that. 12% is still pretty far from 50%. Only five women have been nominated as best director in the history of the Academy Awards. Women account for only 25% of television creators, while 79% of television shows employ no women directors at all. And these statistics don't begin to reflect the persistent unquantifiable obstacles women and minorities encounter working behind and in front of the camera. So where does this leave us?

An illustrious group of creators and leaders take the temperature on where women stand in Hollywood, weighing in on where we’ve come from, where opportunities lie, and what needs to happen to maintain momentum and level the playing field. Panelists include Producer of the 2020 Oscars Stephanie Allain Bray (Juanita, Hustle & Flow, Dear White People), Screenwriter-Director-Novelist Susanna Fogel (The Spy Who Dumped Me, BookSmart, Utopia, Life Partners), Writer-Producer Elisabeth Holm (Jenny Slate Stage Fright, Obvious Child, Landline), Kirsten Schaffer (Executive Director, Women in Film), Anne Lai (Executive Director, SF Film), and Susan Nimoy, one of the “Original Six,” women directors who banded together in 1979 to challenge the male-run Hollywood machine.

[Photo of The Original Six: Courtesy of Lynne Littman. From left to right, back to front: Joelle Dobrow, Nell Cox, Susan Nimoy, Dolores Ferraro, Lynne Littman, and Vicki Hochberg in 1980. ] STEPHANIE ALLAIN is one of the most prolific African-American film producers working today. Her award-winning films by writer/directors of color, make headlines, launch careers and shape the cultural landscape. Critical acclaim includes Oscars, Independent Spirit Awards, NAACP and Image Awards, and worldwide recognition at Telluride, Toronto, Sundance, and Cannes Film Festivals. Ms. Allain started her film career at Columbia Pictures where she championed John Singleton’s directorial debut, BOYZ N THE HOOD, which earned $65 million and two Oscar nominations. She stayed for a decade supervising independently-spirited films including Robert Rodriguez’s EL MARIACHI & DESPERADO and Singleton’s POETIC JUSTICE & HIGHER LEARNING. In 2003 she founded Homegrown Pictures and produced award-winning films such as HUSTLE & FLOW, SOMETHING NEW, PEEPLES, BEYOND THE LIGHTS, DEAR WHITE PEOPLE, FRENCH DIRTY, BURNING SANDS, JUANITA, and THE WEEKEND. Set for 2020, is Justin Simien’s RAPPER'S DELIGHT for Warner Bros and THE FIGHTING SHIRLEY CHISHOLM. In television, she is the Executive Producer of the Netflix series DEAR WHITE PEOPLE and executive produced Freeform’s LIFE-SIZE 2. As a writer, she adapted Misty Copeland’s best-selling memoir, LIFE IN MOTION: AN UNLIKELY BALLERINA, for New Line Cinema. She produced the 92nd Annual Academy Awards, alongside Lynette Howell Taylor. For five years Ms. Allain directed the LA Film Festival, creating an inclusive program that celebrated women and filmmakers of color. She is a frequent moderator and panelist at conferences, as well as an inspired lecturer and keynote speaker. She often teaches at USC’s Peter Stark Producing Program. She is a member of the Academy of Motion Pictures Arts and Sciences, the Writer’s Guild of America and the Dramatists Guild of America. She sits on the board of Women in Film and the Producers Guild of America. She is a member of gender parity orgs ReFrame and Time’s Up. In 2019, Variety named her an Agent of Change. 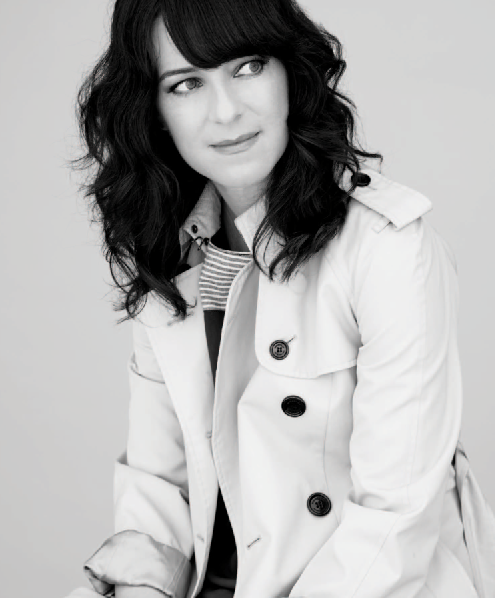 SUSANNA FOGEL is a director, screenwriter, and novelist. Most recently, she co-wrote the acclaimed comedy Booksmart, for which she was nominated for a BAFTA and a Writers Guild award. Other credits include directing and co-writing the action-comedy THE SPY WHO DUMPED ME, starring Mila Kunis and Kate McKinnon, and LIFE PARTNERS, an independent feature she developed at the Sundance Lab. She has also worked extensively in television, most recently directing Gillian Flynn's remake of the British drama series UTOPIA for Amazon, Steven Spielberg’s AMAZING STORIES for Apple+, and the pilot episodes of upcoming limited series THE WILDS (Amazon) and THE FLIGHT ATTENDANT (HBO). Additionally, Susanna is an avid writer of satire whose pieces have been featured in The New Yorker. Her first novel, Nuclear Family, was published by Macmillan in 2017. 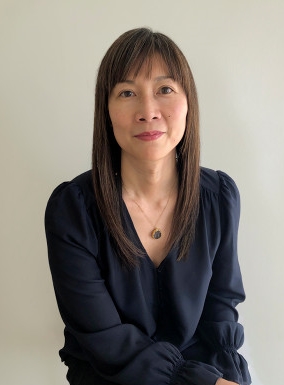 ANNE LAI will begin her term as the Executive Director of SFFILM in March 2020. She is currently the Director of Creative Producing & Artist Support in the Feature Film Program at Sundance Institute, focusing on discovering and nurturing emerging independent producers, screenwriters, and directors in narrative features. Through Labs, granting, mentorship, networking events, and educational programming she tailors support for artists on their current feature film while also providing ongoing creative and strategic feedback.  Anne also leads the annual Creative Producing Summit and curates narrative features for the Catalyst Forum which connects projects with potential financiers. Prior to joining Sundance, Anne served as Vice President of Production at Scott Free, the film and television company founded by directors Ridley and Tony Scott. Anne attended the University of Michigan and received her degree in film production from the University of Southern California.​ 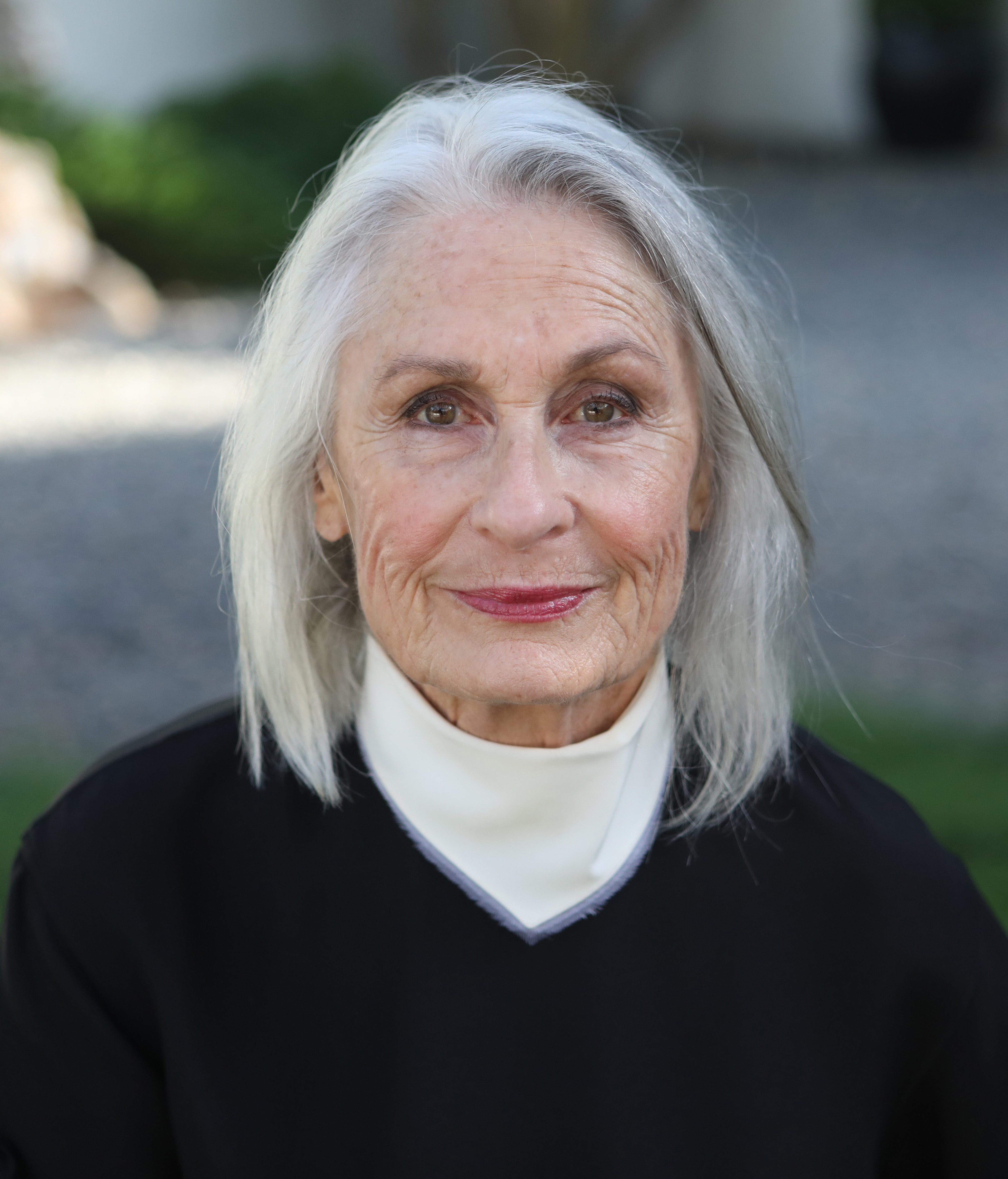 SUSAN BAY NIMOY is a former television and regional theatre director, a Directors Guild of America board member, and was a member of the Original Six, fighting for women directors in Hollywood in the late 1970s and early 1980s. She also produced documentaries with subjects ranging from the history of “Mother Jones” to artists Liza Lou and Twyla Tharp. Nimoy was also chair of the Institute for the Study of Women and Men, a gender studies institute at USC; co-chair of the Environmental Leadership Forum at California League of Conservation Voters; and board member of “Mother Jones" Foundation for National Progress. Presently, she serves on the Board of Overseers and Collection Committee of the Hammer Museum in Los Angeles, and as a member of the Women's Leadership Council at the Sundance Institute. Most recently she wrote, directed, and starred in the short film, EVE, which premiered at the 2018 Sundance Film Festival. KIRSTEN SCHAFFER is the Executive Director of Women In Film, Los Angeles the preeminent organization that advocates for women in the screen industries – to achieve parity and transform culture. She has been instrumental in launching ReFrame, an industry-wide initiative to advance inclusivity and gender equity, as well as starting a variety of programs at Women In Film to increase the skillset and opportunity for film and tv makers. Previously she was the Director of Programming and then Executive Director of Outfest. She is widely credited as having grown Outfest into the leading LGBT media arts organization that it is. During Schaffer’s tenure at Outfest, she shepherded three new programs for the organization: The Outfest UCLA Legacy Project, the Fusion LGBT People of Color Film Festival and OutSet, the Young Filmmakers Project. Kirsten has extensive experience in film programming, small business management and arts administration. She is a graduate of National Arts Strategies Chief Executive Program, AIM (Arts Innovation and Management), and the Wells Fargo New Executive Director Institute. Kirsten was named one of POWER UP’s “Top 10 Women in Show Business,” and was the recipient of a “Women in Business” Award from Senator Liu. She is a member of the Academy of Motion Picture Arts and Sciences. 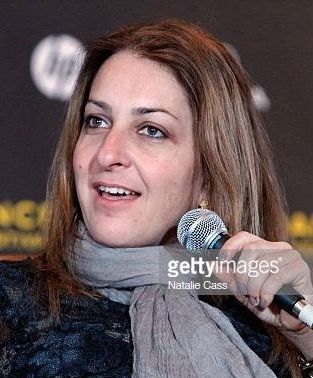 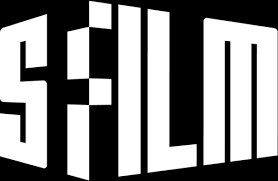 Sponsored by the San Francisco Jewish Women's Fund, a program of the Jewish Community Federation and Endowment Fund