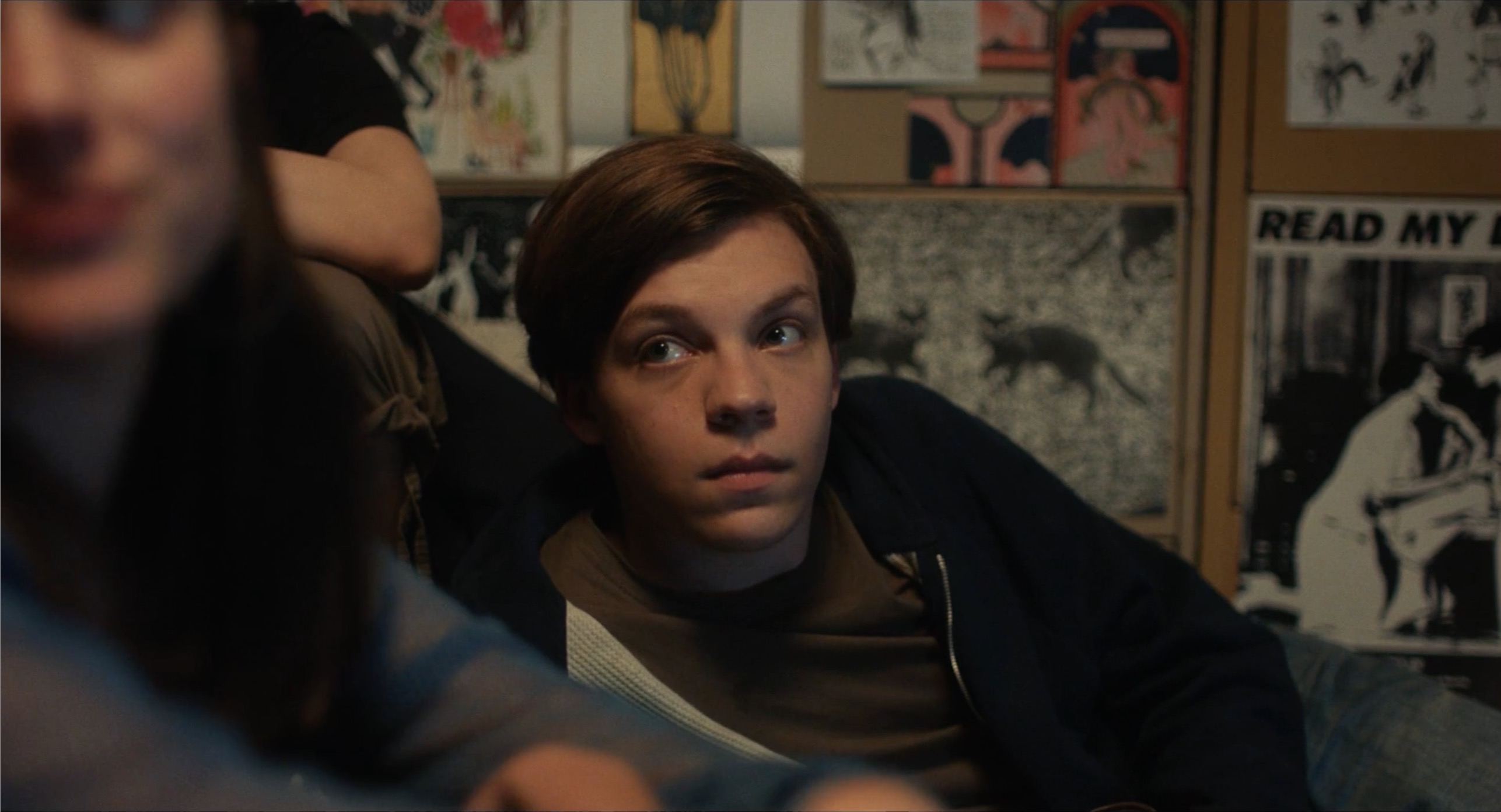 Directed by Transparent producer Rhys Ernst and adapted by Ariel Schrag from her novel of the same name, Adam drops us down in the hipster lesbian and trans culture of Brooklyn, 2006. This exciting first-time feature that had its world premiere at Sundance takes the young adult formula-awkward teenage boy finds love for the first time-and subverts it with unexpected and thought-provoking questions about gender and sexuality. Essentially it's a coming-of-age story about Adam, a 17-year-old straight, cisgender male who is introduced to the LGBTQ community when he comes to live with his activist lesbian sister for the summer. During his stay, he falls in love with a femme lipstick-lesbian goddess after she mistakes him for a transgender man. He decides to maintain this Shakespearean deception and a satirical and nuanced exploration of identity ensues. The film knowingly plays with cultural insensitivity and spoofs the era of L Word watch parties and trans camps on the fringe of women's music festivals. The writer, director and stars of this sweet and sensitive film have the refreshing ability to question and poke fun at their own community. It is also a step forward in representation as it is directed by a trans filmmaker and features trans actors in the appropriate roles.-Lexi Leban

Rhys Ernst (Director) is a filmmaker and artist. He is a Producer and Director on Amazon's Transparent and created the title sequence for the series. He wasnominated for a 2015 Emmy Award for directing and producing the webseries Transparent: This Is Me, which won a Special Recognition GLAAD Award. In 2016 heteamed up with Focus Features to create the online series, We've Been Around. In addition to the 2014 Whitney Biennial, Ernst has shown work at Sundance, Oberhausen, and The Hammer Museum; he has won awards at Outfest, Chicago International Film Festival and the LA Transgender Film Festival; and he was a Point Scholar, a ProjectI nvolve Fellow, and was awarded with the 2015 Point Foundation Horizon Award andthe ACLU Liberty Award for his work on transgenderrepresentation in the media. His feature film, Adam, produced by James Schamus and Howard Gertler, premieres at the 2019 Sundance Film Festival.


Ariel Schrag (Screenwriter)was born in Berkeley, California. She is the author of the novel Adam, and the graphic memoirs Awkward, Definition, Potential, Likewise, and Part of It. Potential was nominated for an Eisner Award and Likewise was nominated for a Lambda Literary Award. Adam was made into a feature film directed by Rhys Ernst and produced by James Schamus's Symbolic Exchange. Schrag wrote the screenplay. She was a writer for HBO series Vinyl and How To Make It In America and for the Showtime series The L Word. She has written comics and articles for The New York Times Book Review, Cosmopolitan, New York Magazine, USA Today, and more. Her original art has showed in galleries across the United States, Europe, and Canada. Schrag graduated from Columbia University in 2003 with a degree in English Literature. She teaches the course Graphic Novel Workshop in the writing department at The New School and has also taught classes at Brown University, New York University, Butler University, and Williams College. She lives in Brooklyn, New York.

James Schamus (Producer)is an award-winning screenwriter (The Ice Storm), producer (Brokeback Mountain), and former CEO of Focus Features (Dallas Buyers Club, Lost in Translation, Milk, The Pianist). His feature directorial debut, an adaptation of Philip Roth's Indignation, starring Logan Lerman, Sarah Gadon, and Tracy Letts, premiered at the 2016 Sundance Film Festival and the Berlin Film Festival, and was released by Roadside Attractions. Schamus' New York based production company, Symbolic Exchange, produced Kitty Green's acclaimed feature documentary Casting Jon Benet - which had its world premiere at Sundance and launched on Netflix in 2017, and Jean-Stéphane Sauvaire's A Prayer Before Dawn which premiered in Cannes 2017 and was released summer 2018 by A24. Recent projects include Rhys Ernst' scomedy Adam, and Noble Jones's The Tomorrow Man, starring John Lithgow and Blythe Danner. Both titles are premiering at the 2019 Sundance Film Festival. Symbolic Exchange iscurrently in post-production on Andrew Ahn's Driveways, starring Hong Chau and Brian Dennehy. Schamus is also Professor of Professional Practice in Columbia University's School of the Arts, where he teaches film history and theory.