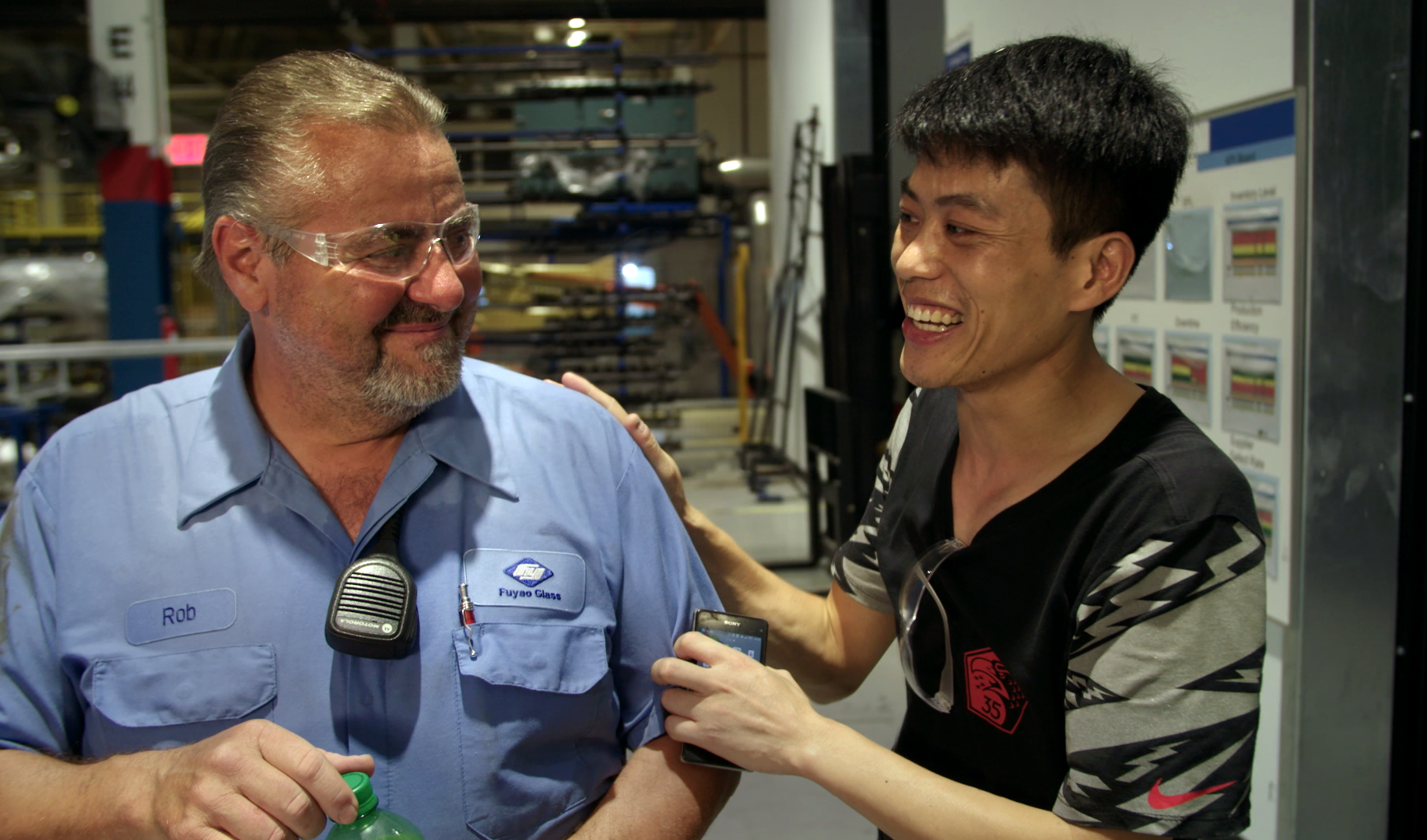 American Factory joins Harlan County USA in the canon of great labor union documentaries. This post-industrial tale writes a new chapter of American labor in the era of Chinese economic ascendancy. When the last truck rolled off the assembly line of the General Motors factory outside Dayton, Ohio, filmmakers Steven Bognar and Julia Reichert were there to film it. Their Academy Award-nominated short The Last Truck featured the closing of the plant and with it the end of an era. In this sequel of sorts, a Chinese billionaire opens a new factory in the abandoned ruins, with the intention of being the patriarchal savior of small town America. This powerful documentary employs a cinema verite, fly-on-the-wall style to observe what happens when workers from profoundly different cultures meet. At first the interactions are amusing and light. The Chinese workers are sent to a training session to learn about "chatty and lazy" American culture while the American workers visit a factory in China where the workers line up with military precision by day and perform morale-building song-and-dance propaganda at night. But early days of hope give way to a series of challenges as Chinese labor practices clash with the deeply rooted values of American working-class labor union activists. - Lexi Leban