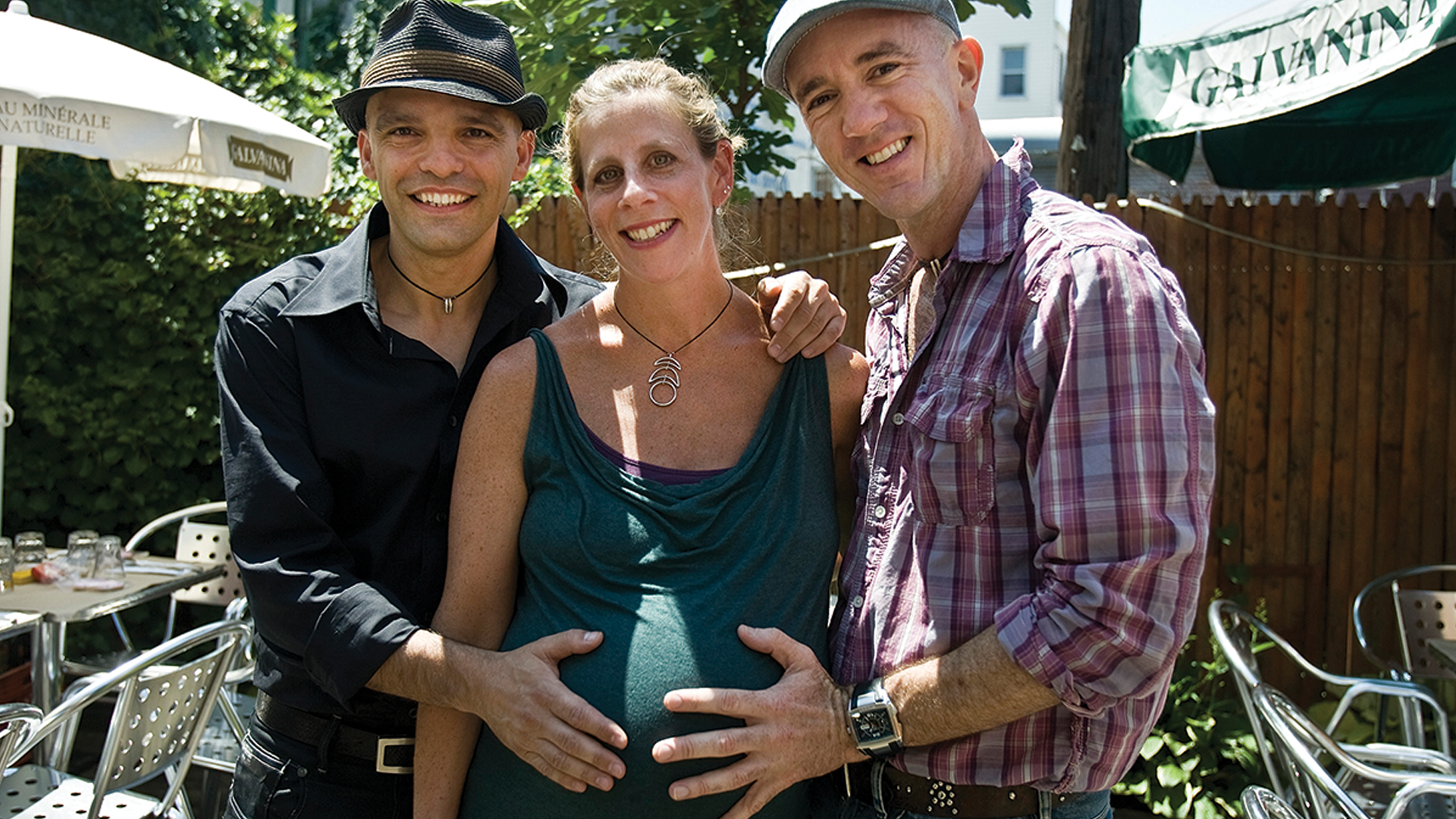 The proverbial “girl next door” in The Guys Next Door is anything but a familiar cliché. Rachel is over 40, grew up Jewish and is married with three biological kids of her own when she decides to become a gestational surrogate for Erik, her gay best friend from college and his Italian émigré husband. Not just once but twice! A seemingly traditional married woman, Rachel decides to help out after seeing a program about the difficulties gay men encounter when they want to become fathers. Both her children and her husband support this decision. Documentarians Amy Geller (former artistic director of the Boston Jewish Film Festival) and Allie Humenuk follow this blended, extended family for three years as they navigate 21st century questions about parenting, identity, intimacy and connection. From Brooklyn to Maine to Italy the film focuses on the familial relationships that unfold and the transformations that take place as these daughters come into the world and are received by this real life modern family. The Guys Next Door is a timely film, offering a provocative alternative to the traditional ideas of what constitutes the nuclear American family against the backdrop of the federal legalization of marriage rights for LGBTQ citizens. —Lexi Leban

preceded by The F Word