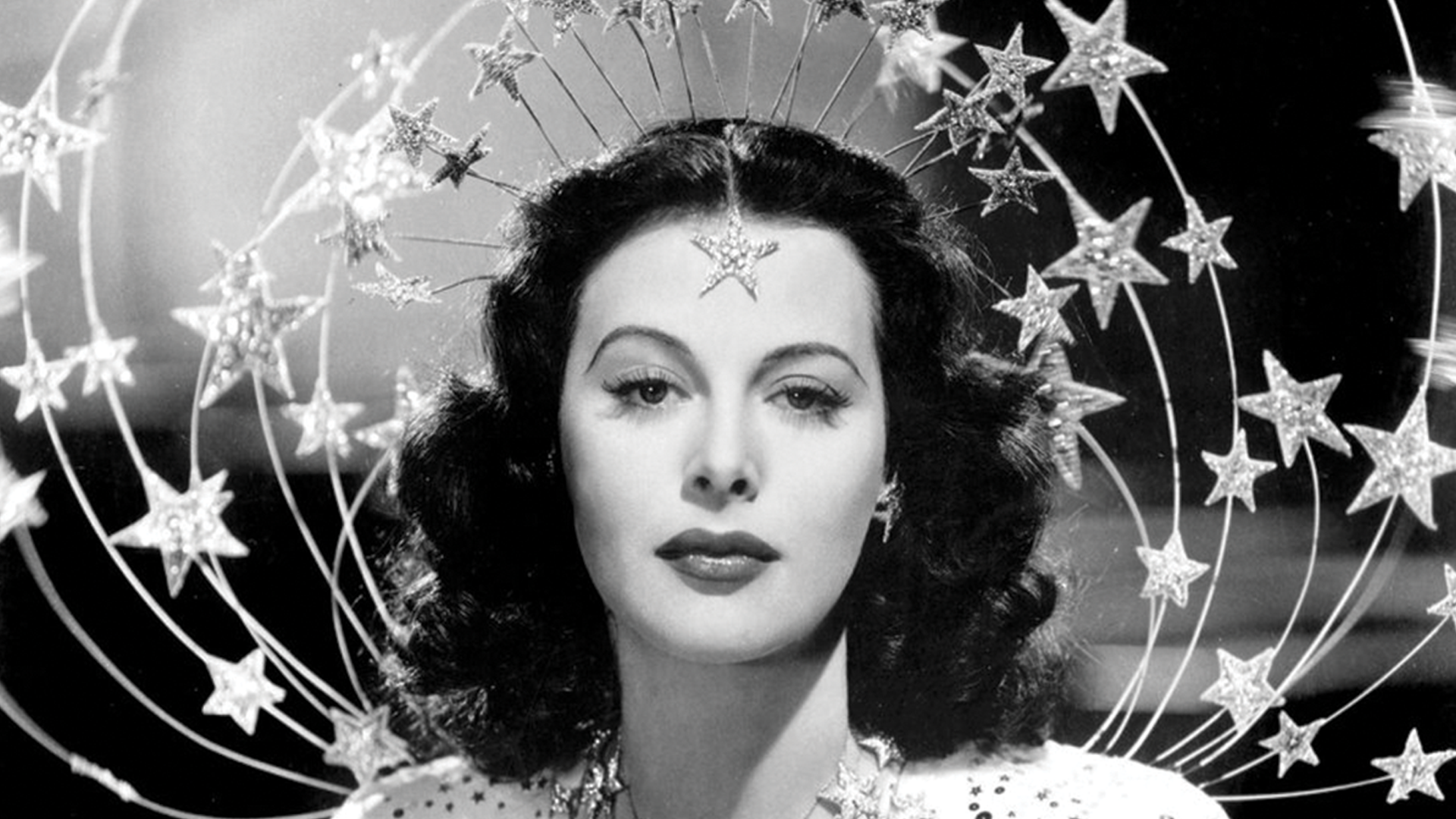 What are the chances that the hottest pinup babe of the 1930s was also a genius who foresaw wi-fi, bluetooth and cell phone technology? She was one in a million: Hedy Lamarr. Somehow we sense that there is a tragedy behind all that, and that is the truth. Lamarr, an impossibly stunning beauty, achieved international notoriety when she casually swam nude in a scene in the 1933 Czech Gustav Mahaty film Ecstasy, her delicate figure seen through the swirls of water, the first time such nudity had ever been depicted in a mainstream film. The daughter of a Jewish banker in Vienna, she went on to become a sex symbol for the ages and became a top Hollywood star. But Lamarr was a naïve sex symbol: she never gave it a second thought. Her deeper passion had to do with mechanics and technology. She entertained her prodigious brain with useful inventions to benefit mankind. During World War II she developed a concept (“frequency hopping”), which she patented, to enable radio-controlled torpedos to sink Nazi U-boats, but the Navy paternalistically sneered at her ideas. Bombshell(with its double-meaning title) is the story of an unusual and accomplished woman, spurned as too beautiful to be smart, but a role model to this day. ―Miguel Pendás