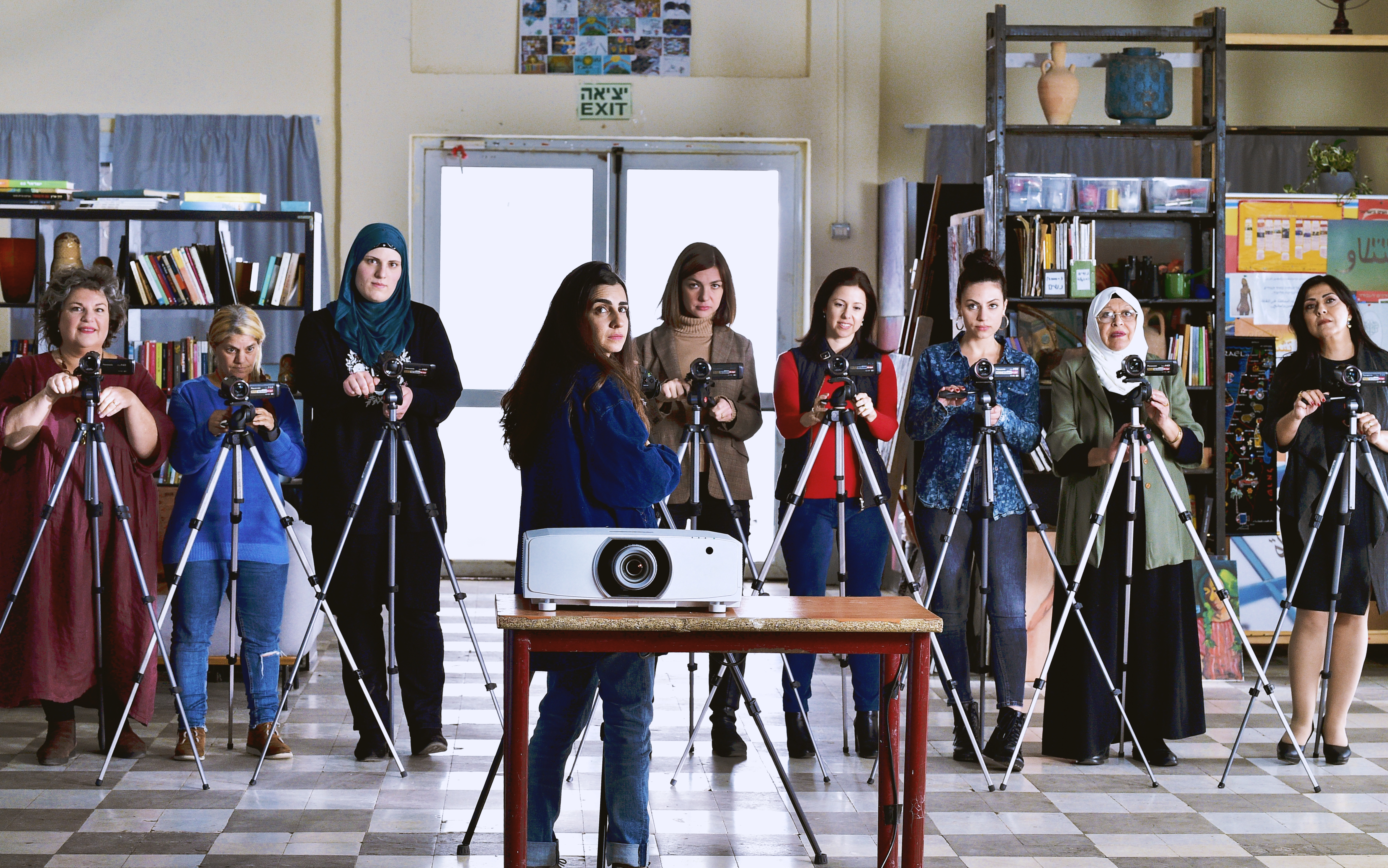 Rona is a filmmaker leading a several weeks long video production workshop for nine women, all from markedly different backgrounds—Jewish, Arab, secular, and Orthodox. At the outset, tempers flare due to cultural differences and misunderstandings, but soon the women begin to recognize their striking similarities as they share stories and footage from their personal lives, even as they begin to question Rona’s intentions. Based on the real-life experiences of director Orit Fouks Rotem, with a remarkable cast consisting of professional and non-professional actors alike, Cinema Sabaya is a testament to the power of film and its unique capacity to spark mutual recognition and connection across cultures.

Orit was born in Israel in 1983. She graduated from the Jerusalem Sam Spiegel School with honors in 2012, winning the ‘Promising Director’ Award. Her student film "Staring Match" screened at festivals around the world. Her two short fiction films, "You Remain Silent", premiered in Sarajevo and the Jerusalem Film Festival, and "Veil" screened at the Oslo, Jerusalem and Brussels Film Festivals. CINEMA SABAYA  is Orit’s debut feature film.

This film is available to watch in the United States. Visit this page for JFI's Box Office policy and this page for a Streaming FAQ.