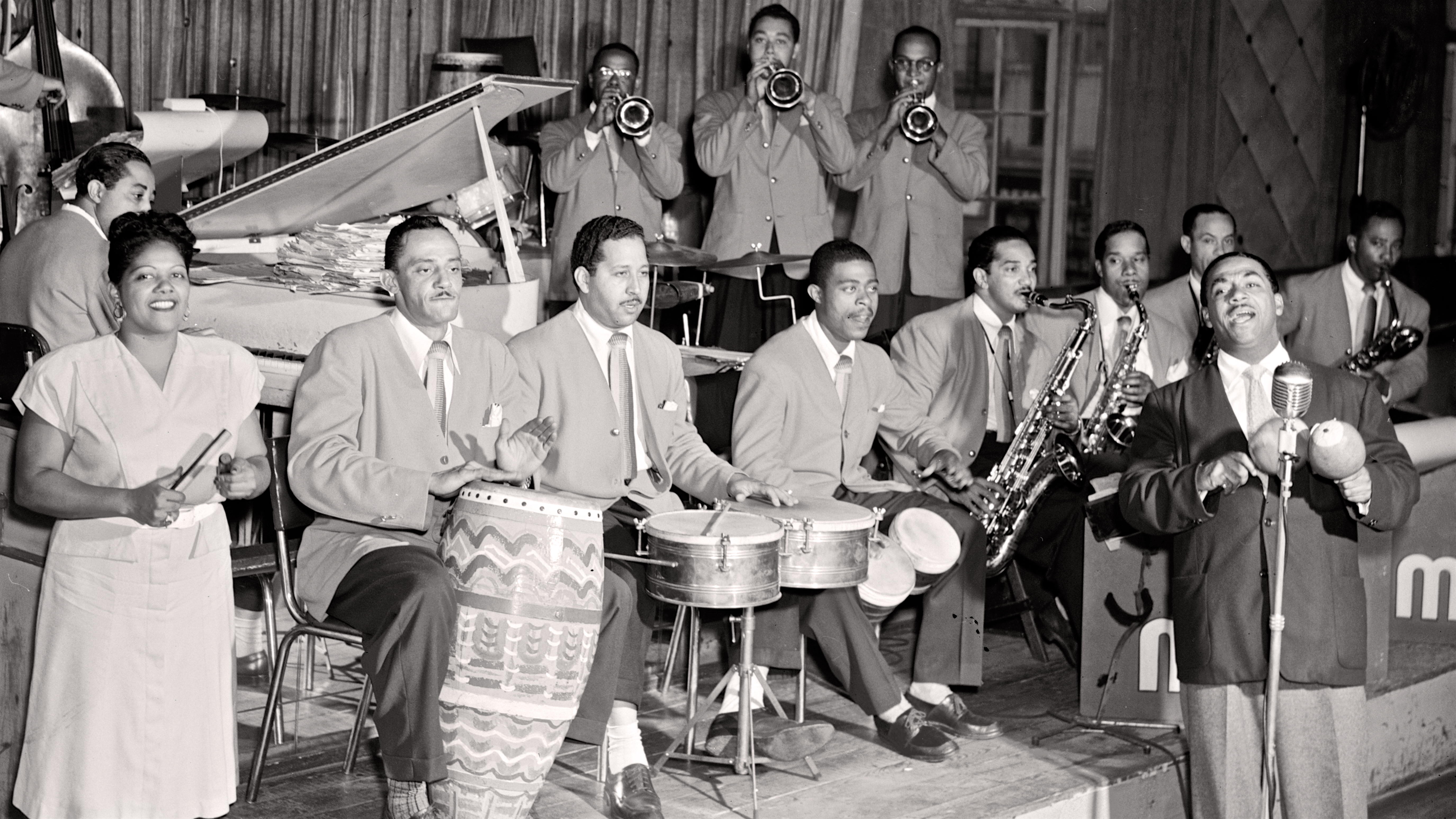 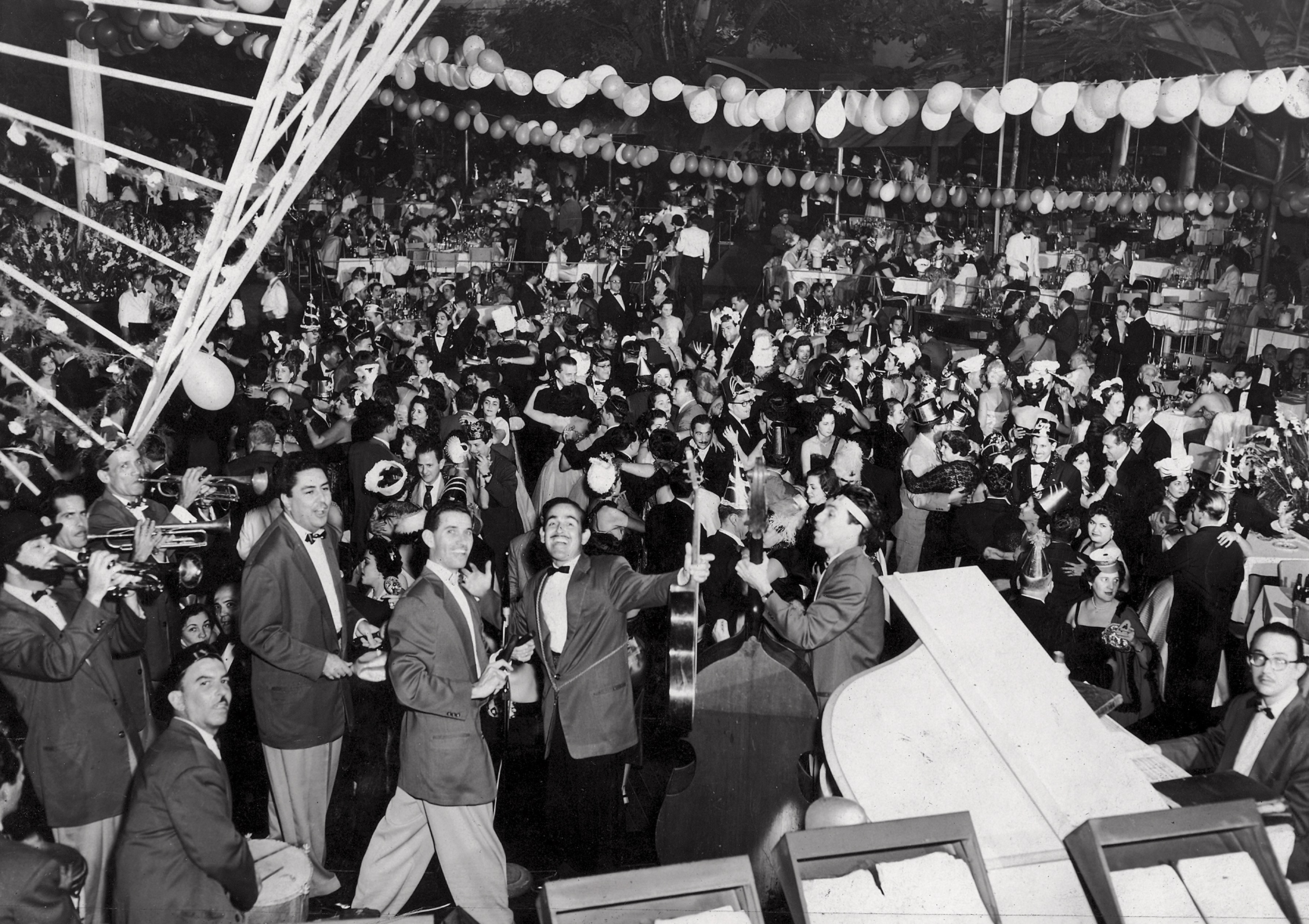 "Tito Puente played at my wedding," says 'Mambo Judie,' with obvious pride. She is one of the mamboniks, the aging but ever upbeat Jewish aficionados of the Cuban dance craze of the 1950s. Judging by this affectionate documentary, they haven't lost their bounce as they talk about the effect the sexy Latin dance had on their youth. Cuban dance achieved worldwide popularity in the 1930s and '40s with the rumba. After World War II Latin bands playing the mambo became wildly popular, with performers like Pérez Prado, Machito and his Afro Cubans, Celia Cruz and the New York-born Puerto Rican timbalero Tito Puente. The great Cuban musicians toured the United States, and Americans went to Havana to enjoy daiquiris and baile at clubs like the famous Tropicana. Director Lex Gillespie takes his camera to Miami Beach, the Catskills and Havana where one of the mamboniks gives a tour of the places in the Cuban capital that he used to frequent back in the day. In New York the epicenter of mambo was the Palladium at 53rd and Broadway. Jews, Blacks and Puerto Ricans mixed happily there in an era when de facto segregation was the rule, even in New York. "If you knew how to dance, you were accepted," recalls another mambonik. Latin music was ubiquitous at bar and bat-mitzvahs and weddings and ruled at summer resorts in the Catskills. Latin music "appeals to the Jewish soul" explains one of the mamboniks, and such was its popularity that Jewish performers who played the music even began adopting Latin names. The Mamboniks shows this affinity as it really is: a heartfelt, profound and joyous kinship with another culture. -Miguel Péndas

song and dance
Saturday, July 27 only at the Castro Theatre! | preceding the Castro screening of The Mamboniks will be a live perfermance of mambo inspired music by Club Havana 1950 taking place on the Castro stage! Program start time is 8:55PM.
$22 Members | $25 General Public

Club Havana 1950  led by Sascha Jacobsen represents the authentic sound of classic Cuban mambo from the golden age of Cuba's music scene. With a mix of the best Cuban, American, and Jewish musicians in the Bay area, it will be impossible to remain seated during this fiery set. Jacobsen has performed with the Kronos Quartet, Rita Moreno, Hugh Jackman, Bonnie Raitt, and many more throughout his career.

Lex Gillespie is a three-time Peabody Award winner and the shared winner of a silver baton from the duPont-Columbia Journalism Awards at New York's Columbia School of Journalism. For the past 25 years, he's produced documentaries on music, history, culture and the arts. His credits include "Let the Good Times Roll," a 26-hour history of African-American music from the blues to Motown; "Songs in the Wind," the story of the indigenous music of the Andes Mountains; and "Seoul House," about a hiphop opera set in a Korean mom-and-pop corner store in Washington, DC.