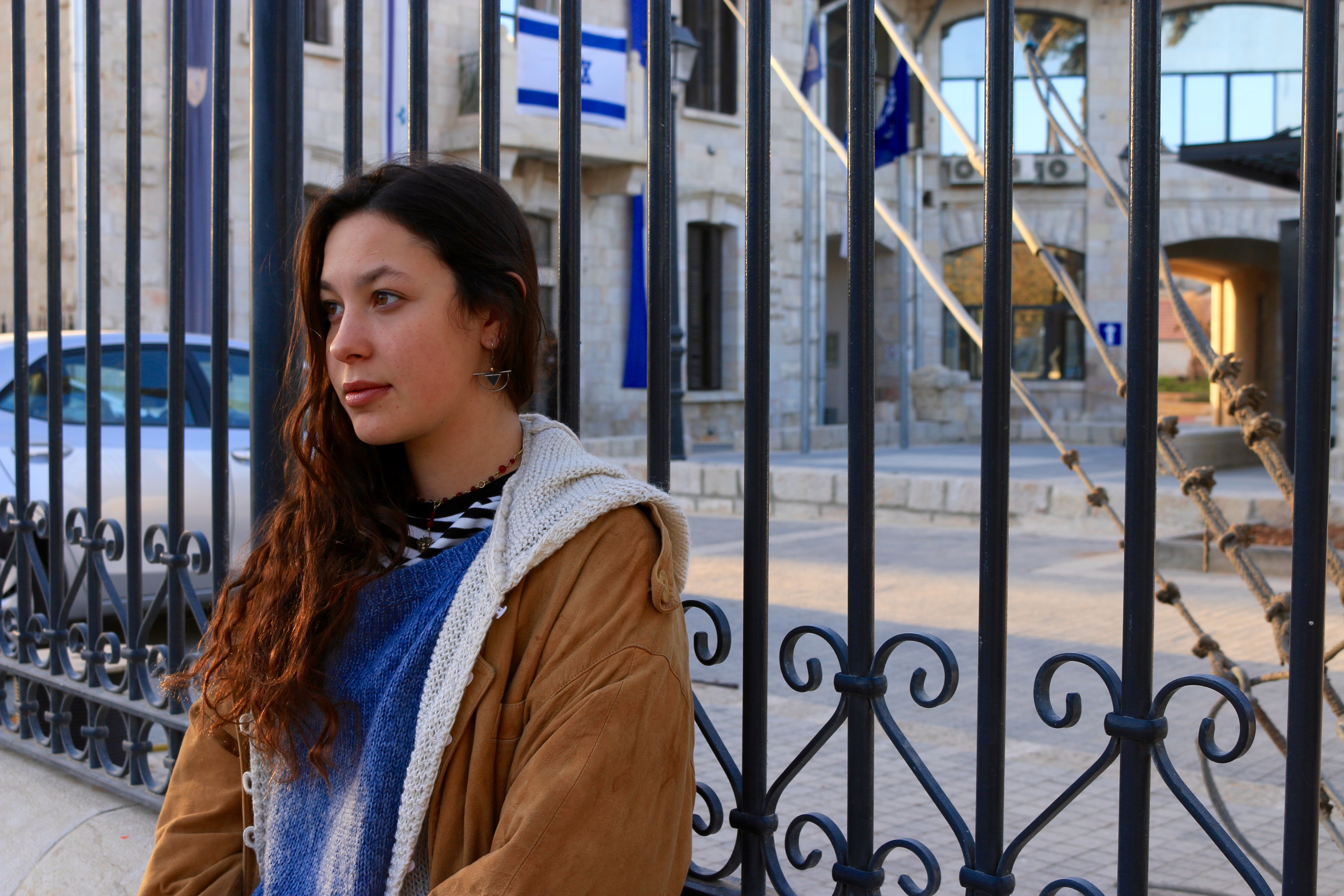 Atalya Ben-Abba comes from a family of military professionals. Like all Israeli 18 year olds, Atalya is obligated to become a soldier. Unlike most, she questions the practices of her country’s military, and becomes determined to challenge this rite of passage. Family legacies weigh on her as she grapples with what it would mean to refuse the draft. Despite her family’s political disagreements and personal concerns, she refuses military duty and is imprisoned for her dissent. Objector follows Atalya through her conscientious objection, imprisonment, and beyond, as she attempts to reconcile her Jewish identity, her love for her homeland, and her dedication to Palestinian rights. Her courage moves those around her to reconsider their own political positions and power to effect change. The film offers a window into the Israeli-Palestinian conflict through the perspective of a young Jewish woman finding her voice.

Molly is a director, producer, and editor based in the San Francisco Bay Area. While
earning an MFA in Cinema at San Francisco State University, Molly won the Bill Nichols
Excellence in Cinema Award, the Canon Best in Show Award, the Spotlight on Women
in Film Award, and the Barbara Hammer Award. Molly was a 2018 Women Peace and
Security Fellow and 2019 Resident with SFFILM. Her first feature documentary,
Objector, won awards at Hot Springs Documentary Film Festival and St. Louis
International Film Festival and landed in the Top 10 Audience Favorites at IDFA. Molly
came to filmmaking as a community organizer and continues that work today.