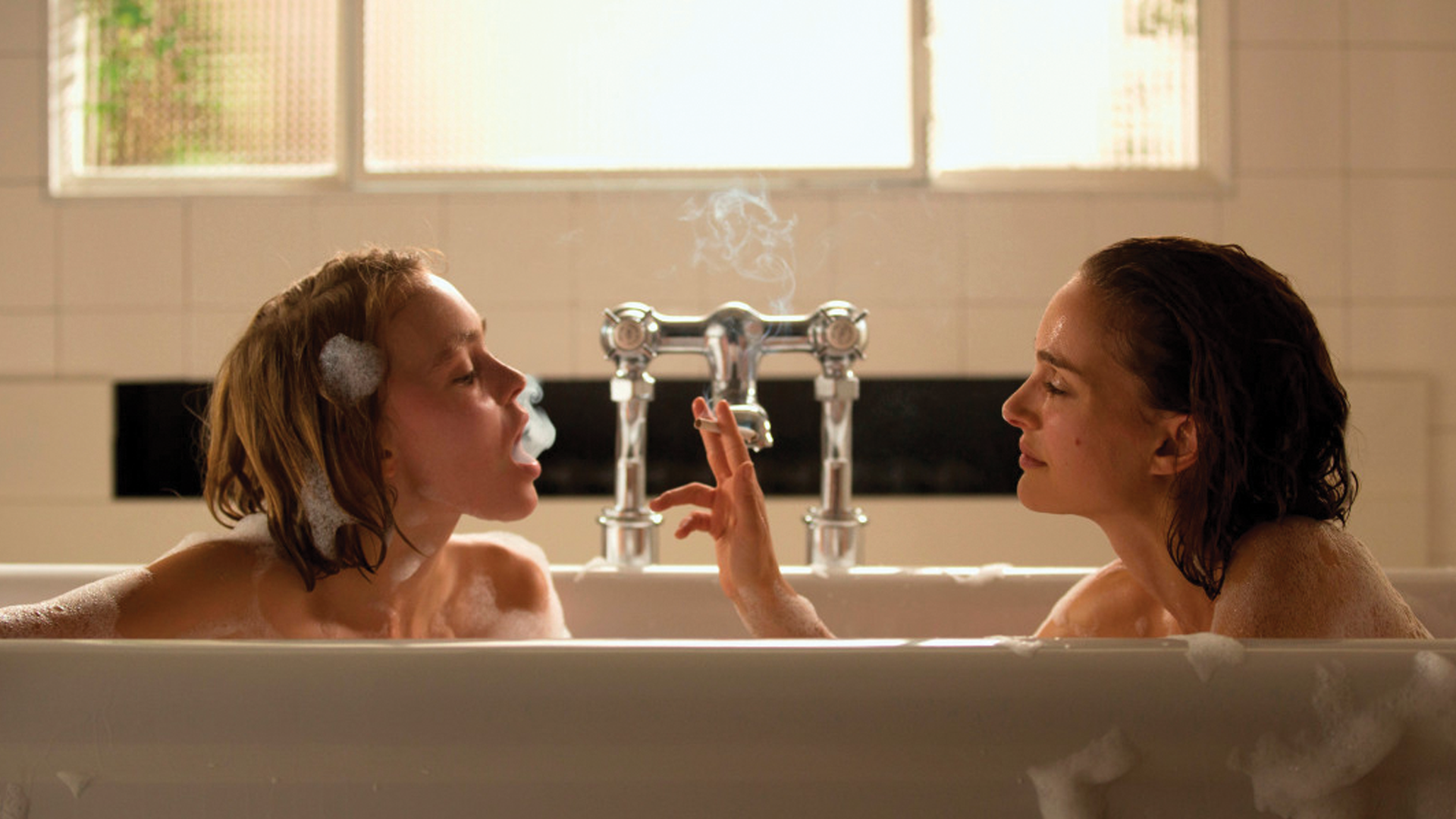 At the beginning of Planetarium, one actress catches another’s eye in a darkened theater. Based on the startled, earnest way they embrace, it is clear they have not seen each other for years. They start to reminisce in hushed tones. “When was it?” the younger actress asks of a fateful day they spent together. “Before the war,” the older one answers. But, “The thing is,” she adds, “you never know you’re living before a war.” That may be so, but director Rebecca Zlotowski knows that for her 21st-century viewers, it would be impossible to watch this 1930s Parisian period piece without anticipating the specter of the atrocities that will soon haunt its characters. Two sisters from America, played by the luminously melancholic Natalie Portman (A Tale of Love and Darkness, JFI WinterFest 2016) and the porcelain-faced Lily-Rose Depp believe they can communicate with the dead. The silver-haired French film producer André Korben (Emmanuel Salinger) vows to capture their séances on his own cinematographic medium. Korben’s character is based on the illustrious foreign-born French film pioneer who was executed at Auschwitz, Bernard Natan (the subject of Natan, SFJFF 2014). This handsomely reptilian producer may be enchanted by his beautiful young subjects, but as he propels the sisters to stardom he ends up casting a darker, stronger spell on them. —Zoe Pollak