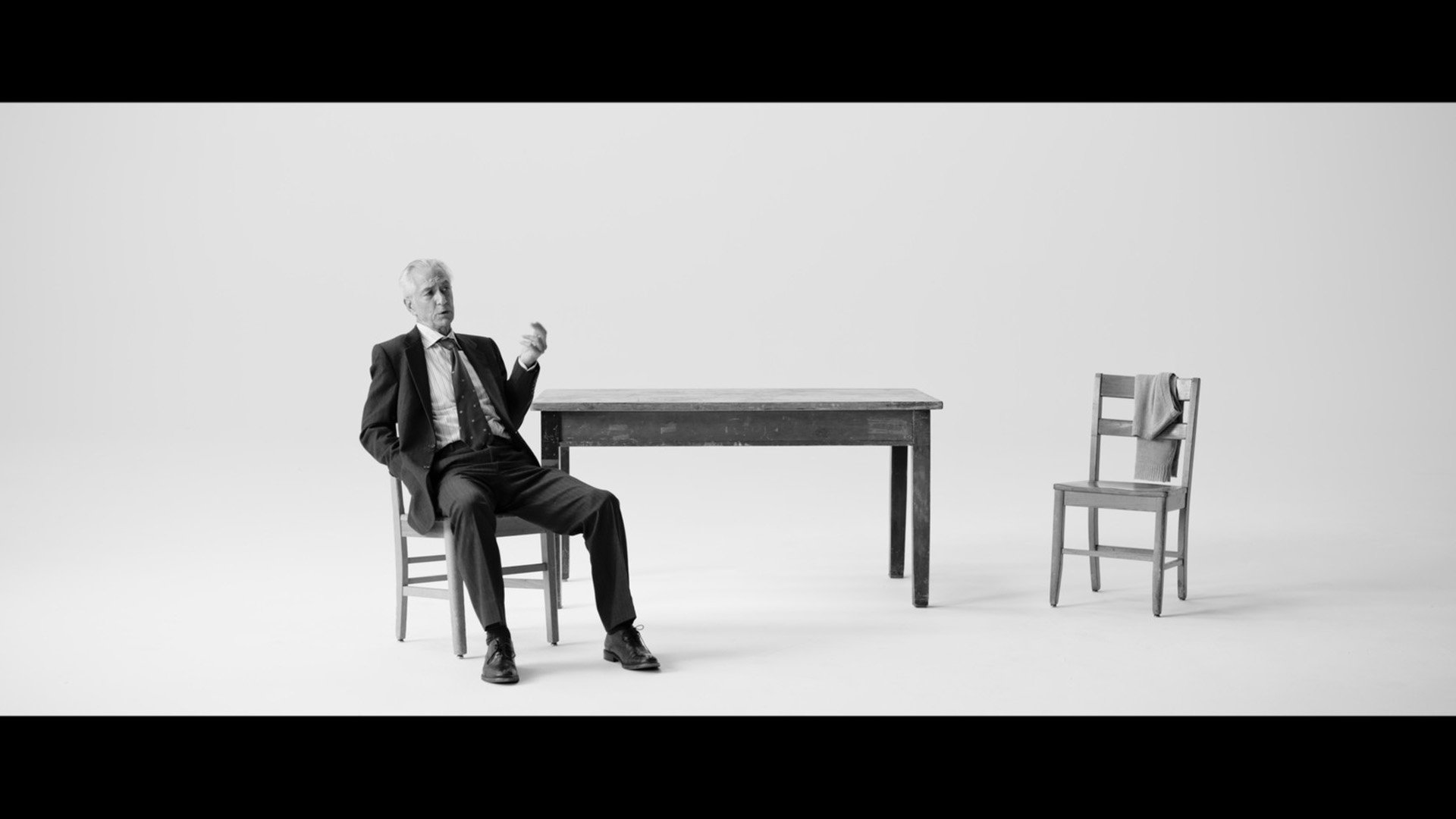 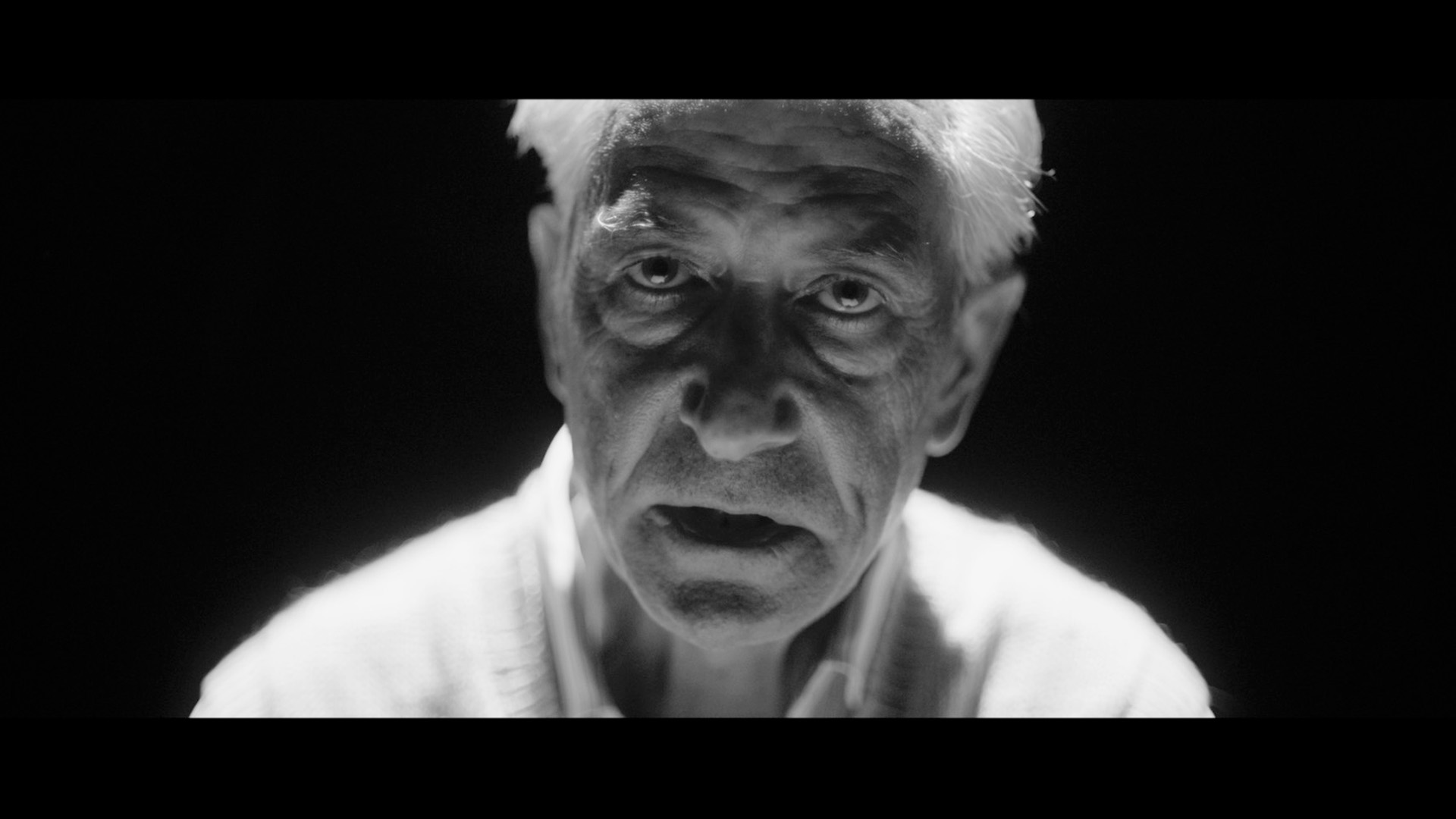 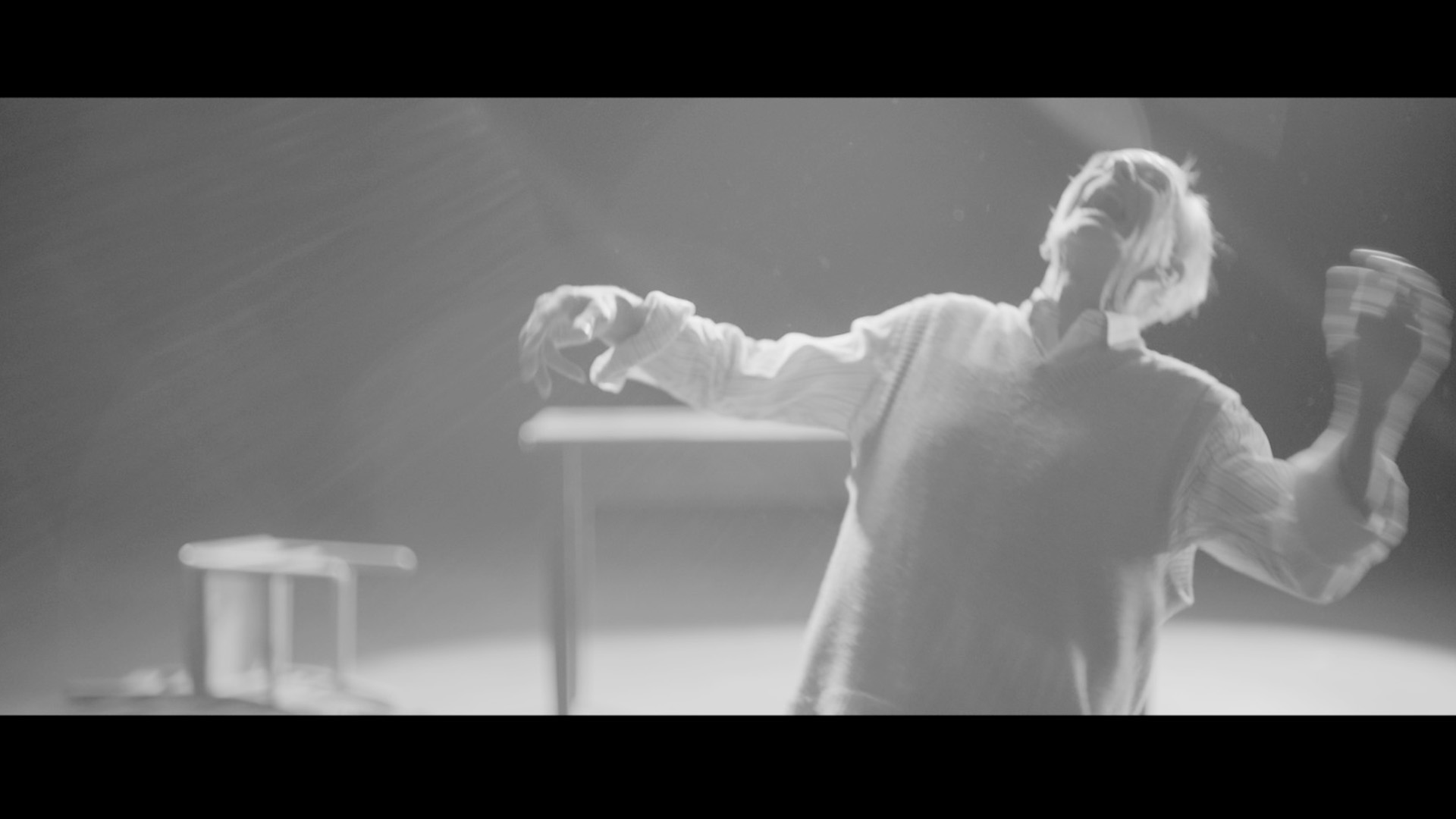 Professor Jan Karski’s secret past as a member of the Polish underground was uncovered in 1978 by filmmaker Claude Lanzmann, who included his emotional testimony in Shoah (1985), after 35 years of near-obscurity and silence. Starring the brilliant David Strathairn (Good Night, and Good Luck; Nomadland), who reprises his original role from the highly acclaimed one-man stage play, Karski’s life is recounted in harrowing, mesmerizing detail. Faithfully adherent to the experience of the original one-man show, this cinematic adaptation of Remember This recreates the pared-down, abstract staging of “one table and two chairs." Yet they become a professor’s lectern, a devastated Warsaw, a Nazi train, the Oval Office.” Other bold formal decisions dramatically heighten the intimacy of this experience, such as the use of a single camera with a 50mm lens, the closest equivalent to the normal human field of vision, and the film’s black and white palette. The stylistic flourish of shooting in widescreen almost dares us to look away from Strathairn, only to find emptiness. These stark visuals allow the virtuosity of Strathairn’s performance and his dynamic, shape-shifting presence to take center stage in creating a world for us out of only his face and his voice, to captivating and haunting effect.

Jeff Hutchens grew up across the U.S., China, South Africa, and the Philippines. After ten years on the road as an award-winning magazine photojournalist (Time / The New York Times Magazine / National Geographic) Jeff switched mediums and brought his innovative visual aesthetic to filmmaking. He has worked in over 60 countries, exploring social and cultural issues around the world with a long-form blend of intimate naturalism and surrealist noir. His cinematography credits include feature documentaries (“American Pain”, “The Armor of Light”) and numerous top-ranked documentary series for Netflix (“Crime Scene: The Vanishing at the Cecil Hotel” / “Crime Scene: The Times Square Killer” ), Showtime (“Murder in the Bayou” / “Buried” / ”Dark Net” / “The Fourth Estate”), HBO (“Southern Rites”), and CNN (“This Is Life with Lisa Ling” / “Chasing Life with Sanjay Gupta”). He recently directed “Remember This”, his first narrative feature, starring Academy Award Nominee David Strathairn and premiering in 2022. He is based in New York City.

Derek Goldman is Artistic Director of the Davis Performing Arts Center and Professor of Theater and Performance Studies at Georgetown University. He is an award-winning stage director, playwright, adapter, developer of new work, teacher, and published scholar, whose artistic work has been seen around the country, Off-Broadway and at numerous major regional theaters, as well as internationally. He is also founding co-Director of the Laboratory for Global Performance and Politics at Georgetown University.