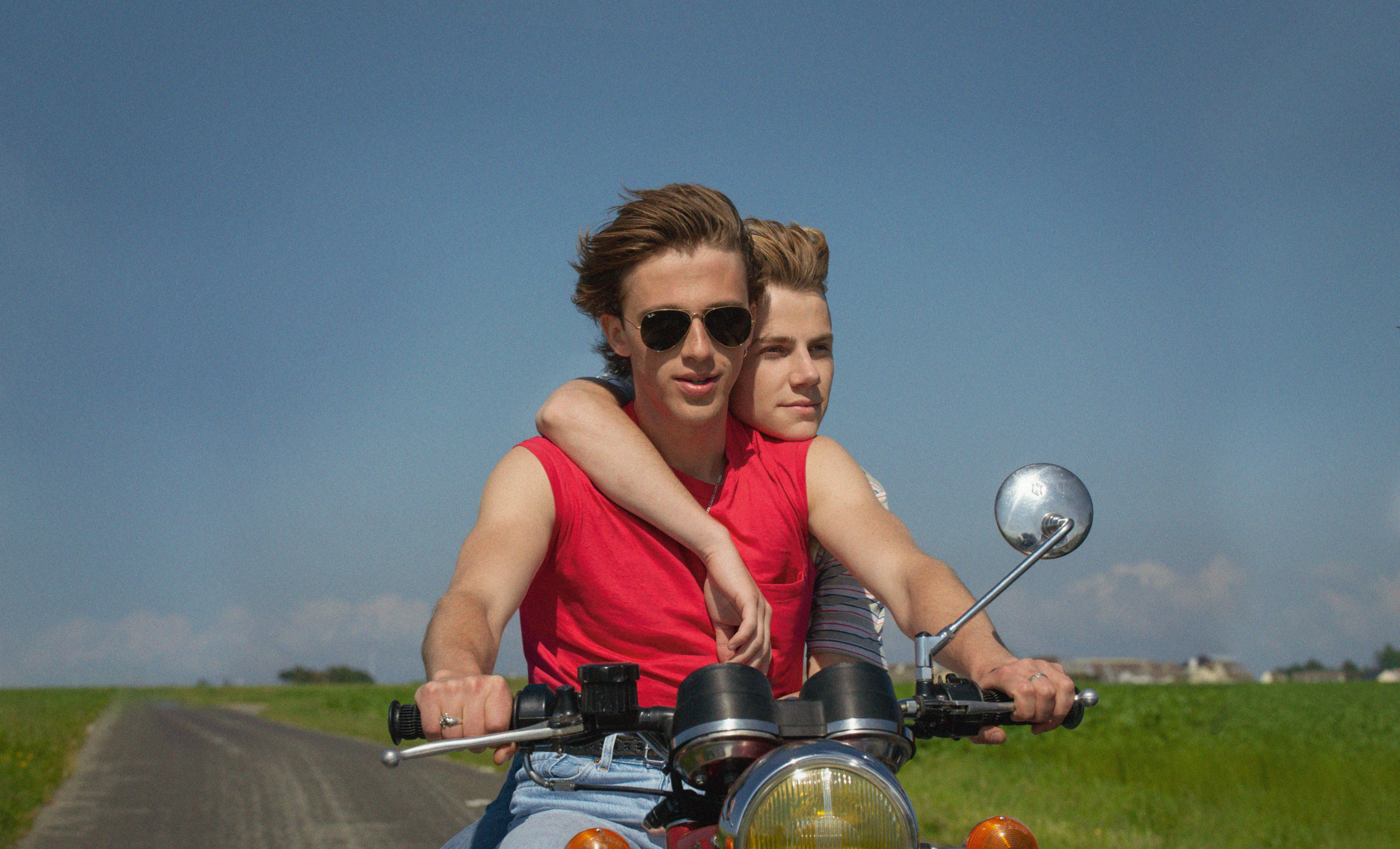 While out sailing, 16-year-old Alexis (Félix Lefebvre) capsizes off the coast of Normandy. Out of nowhere appears 18-year-old David (Benjamin Voisin), who heroically saves him and takes the helm of their new friendship. From that moment on, David showers Alexis with attention and gifts, and opens his home to him, where his charismatic mother (Valeria Bruni Tedeschi) cooks them dinner and fuels their reciprocal attraction. Soon, the two become inseparable. As they spend sleepless nights of passion and ride their motorcycle around the French countryside and coast, they make an oath: when one dies, the other has to dance on his grave. In a crescendo of tension, this teenage infatuation, tainted by jealousy, turns into a thriller. Investigating the fine line between romance, friendship and obsession, master of French cinema François Ozon offers a nostalgic look at first loves, youthful sexuality and reckless adolescence. Told in flashbacks and metafiction, the film perfectly captures the era in which it takes place, using subdued 16mm film and fashionable 1980’s outfits.This time there are no rose-colored glasses, only a raw, and beautifully filmed dive into the perils and joys of teenage infatuation and devotion.

François Ozon is a French film director and screenwriter whose films are usually characterized by sharp satirical wit and a freewheeling view on human sexuality. He has achieved international acclaim for his films 8 FEMMES and SWIMMING POOL.

NOTE: This film is available for streaming throughout WinterFest. The suggested viewing time is Friday, February 26th 7:00pm.