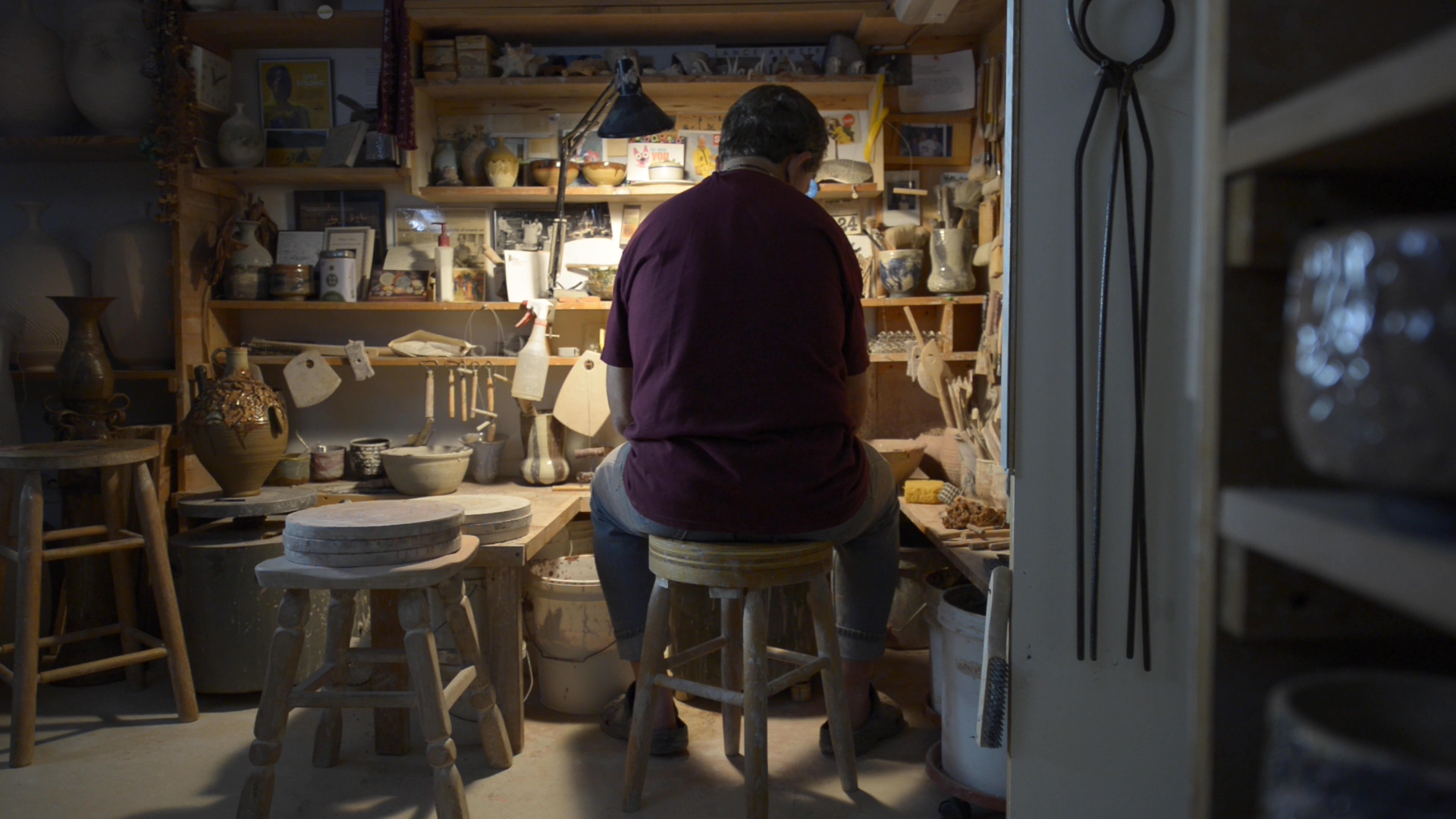 A FATHER'S KADDISH is the personal story of a man who created an art form to honor his son and his son’s memory. In 2005, Jared Branfman died of brain cancer at the age of 23.  A week after his death, his father, Steve Branfman, a potter and teacher, went into his studio, took some clay and made a chawan, a Japanese style tea bowl. Each day for one year, he made one chawan - they were the only pots he made.  Steve’s daily chawan made at his wheel was his own personal kaddish (the traditional Jewish prayer of mourning). For nine years, these 365 bowls sat unfinished on shelves in his studio.  One day, in the 9th year, he decided to glaze and fire these bowls, bringing them to life with color and sheen. From one man’s poignant story at the intersection of love, art, and ritual comes a universal lesson for all who have experienced loss.

Jen Kaplan’s first love was always the magic of stories – listening to them, learning from them and telling them in a visual way through film, since 2000. Her first film “Mixed Blessings: The Challenges of Raising Children in a Jewish-Christian Family” (www.mixedblessingsfilm.com) was shown in film festivals across the globe and aired on several PBS stations. She worked as a Fundraising Producer at Connecticut Public Television and served as the Associate Director of Filmmakers Collaborative in Boston. She currently serves as a member of the Newton Cultural Commission. Since 2011, she has focused her efforts on producing 5-7 minute films for a variety of clients. A FATHER'S KADDISH is her most recent film from her company Spencer Films.