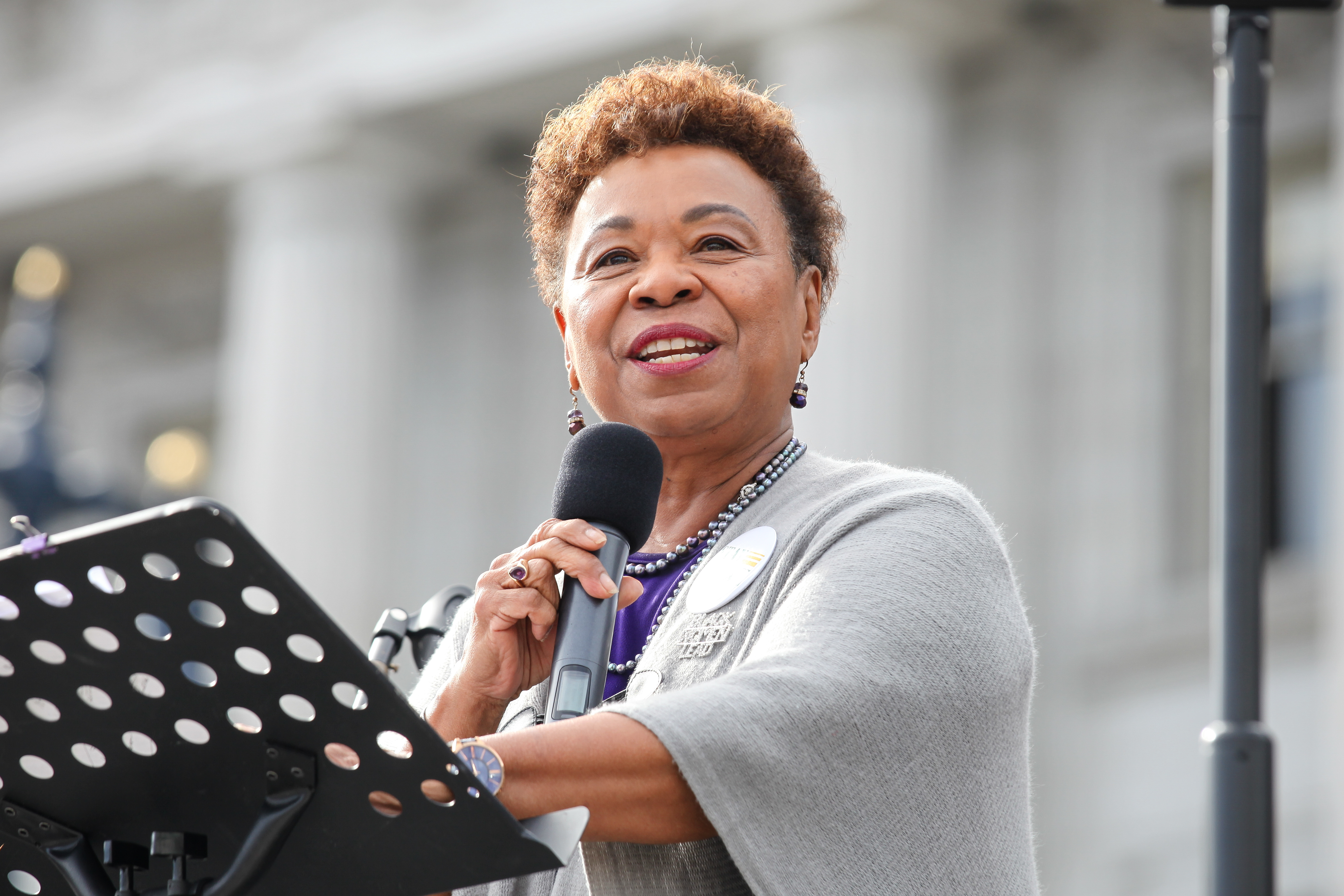 Opening Night at the West Wind Drive-In, Concord
FM 105.7 | Screen 1
members $22 | general $25
Please note only one ticket per vehicle is required. Tickets MUST be purchased in advanced.

Throughout the year we search the universe for films that reflect the Jewish value of Tikkun Olam- repairing the world through one’s actions. This year we only had to look in our backyard. Barbara Lee, the US Representative for California’s 13th District, has spent her life fighting inequality and racism, uplifting the stories of those falling through the cracks and speaking truth to power. Lee was the lone vote against giving President George W. Bush unlimited military authority in the wake of the 9/11 attacks and as a result she received death threats after being denounced by many in the press.  Yet thousands of members of Lee’s district welcomed her home with support and love, coining the phrase, “Barbara Lee Speaks for Me.” The current protests and reactions to George Floyd’s death has only elevated her visibility in Congress and the country as she has called for a Truth, Racial Healing, and Transformation Commission to confront the legacy of slavery and racism in the U.S. and propose ways forward. Powerfully directed by Peabody award-winning local filmmaker Abby Ginzberg (Soft Vengeance: Albie Sachs and the New South Africa, SFJFF 2014) this powerful and timely documentary features interviews from Senator Cory Booker, Rep. John Lewis, Rep. Ayanna Pressley, Rep. Alexandria Ocasio-Cortez, CNN commentator Van Jones, actor Danny Glover and author Alice Walker who share insights about what makes Barbara Lee unique as a public servant and as a truth-telling African American woman.

ABBY GINZBERG, a Peabody Award winning director has been making films about race and social justice for over 30 years.  Her most recent film is Waging Change, about the challenges restaurant workers face being paid a tipped minimum wage of $2.13 an hour. It premiered at DOC NYC and has been screening virtually at numerous film festivals on-line and won the Best of Show Accolade Award.

Her film, And Then They Came for Us (2017, featuring George Takei), about the connection between the incarceration of Japanese Americans during WW II and the current Muslim travel ban won a Silver Gavel Award and has played in major cities, at film festivals across the country and in Japan.

Ginzberg co-produced and co-directed Agents of Change (2016; with Frank Dawson, featuring Danny Glover), which premiered at the Pan African Film Festival where it won the Jury and the Audience Awards for Best Feature Documentary and a Paul Robeson Award from the Newark Black Film Festival. Soft Vengeance: Albie Sachs and the New South Africa (SFJFF 34) - Executive Produced by Alfre Woodard, featuring Archbishop Desmond Tutu and President of South Africa, Cyril Ramaphosa - won a 2015 Peabody award and has screened at film festivals around the world, winning four audience awards.  She was the Consulting Producer on The Barber of Birmingham, which premiered at Sundance in 2011 and was nominated for an Oscar® in the Short Doc category, and was directed by Robin Fryday and Gail Dolgin.  She is the President of the Berkeley Film Foundation.

SHOLA LYNCH is an award-winning filmmaker best known for the feature documentary FREE ANGELA & All Political Prisoners and the Peabody Award winning documentary CHISHOLM ‘72: Unbought & Unbossed. Her independent film body of work and her other collaborative projects feed her passion to bring history alive with captivating stories of people, places and events.  Since 2013 she has also served as the Curator of the Moving Image and Recorded Sound division of the New York Public Library ‘s Schomburg Center for Research in Black Culture. In 2016, Shola became a member of the Academy of Motion Picture Arts and Sciences.

STEPHANIE MECHURA has been editing documentary films for more than 20 years. Stephanie’s feature-length documentaries have premiered at festivals such as Sundance Film Festival, Full Frame, San Francisco International Film Festival, Telluride, and Human Rights Watch. Her films have appeared on multiple broadcast specials and series, most notably PBS Frontline and Independent Lens, as well as The New York Times OpDocs. Stephanie’s Emmy-nominated films have received many of journalism’s highest awards, including the duPont Columbia Award, the Nestor Almendros Award for Courage in Filmmaking, and the Daniel Pearl Award for Excellence in Journalism. Through her close affiliations with the Center for Investigative Reporting and the Investigative Reporting Program at UC Berkeley, Stephanie continues to work alongside the world’s most dedicated journalists and filmmakers to bring their stories to light. Stephanie’s two recent feature-length documentaries are  The Game Changers, directed by Oscar-Winning filmmaker Louis Psihoyos (The Cove, Racing Extinction), now available on Netflix, which premiered at the 2018 Sundance Film Festival, and The Pushouts, Directed by Katie Galloway (Better this World and The Return) which premiered at Full Frame and was broadcast as a PBS Special in 2019.