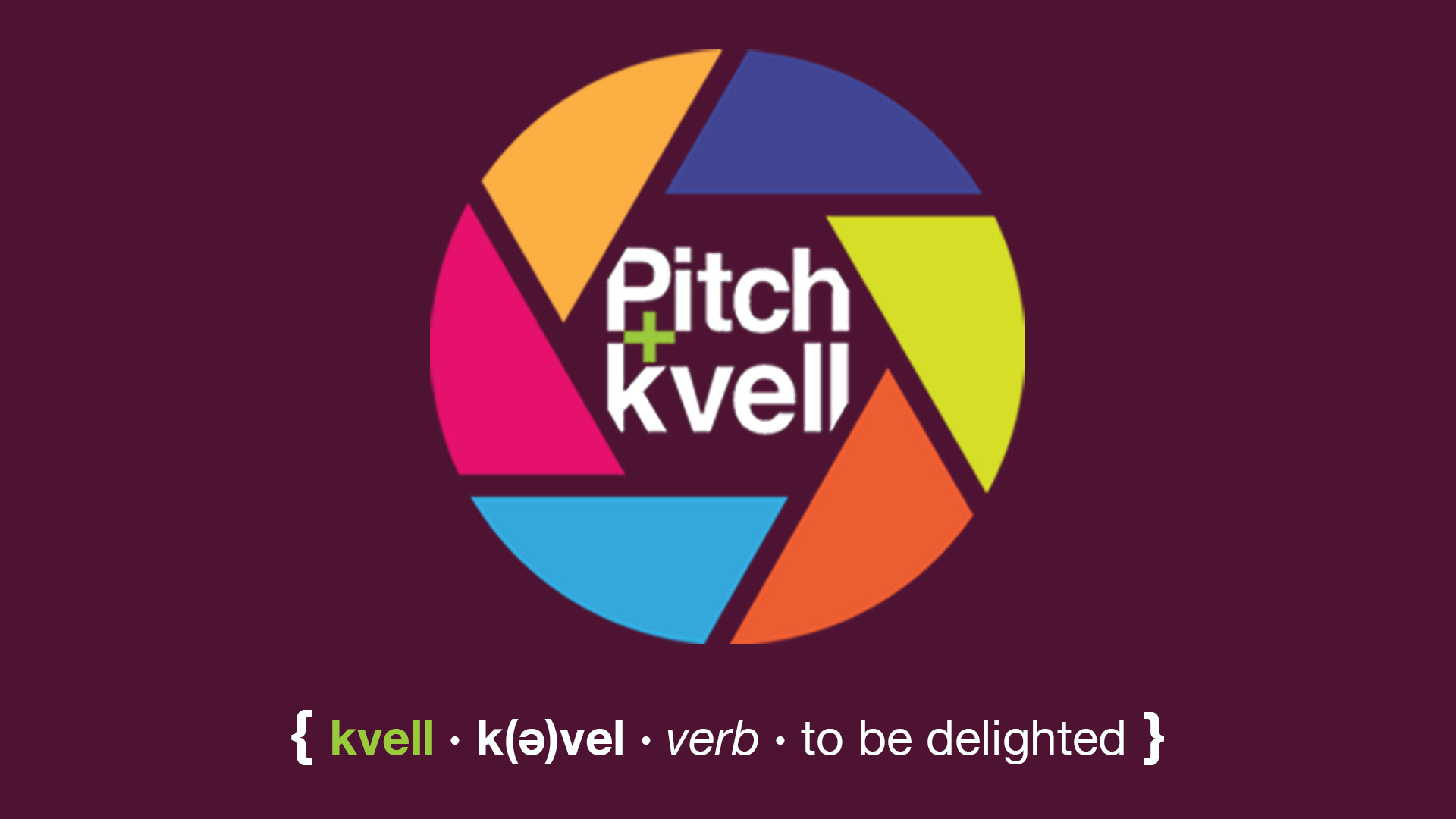 Join the Jewish Film Institute for the second annual Pitch + Kvell, celebrating JFI’s 2022 Filmmakers in Residence as they invite us to discover their works-in-progress. 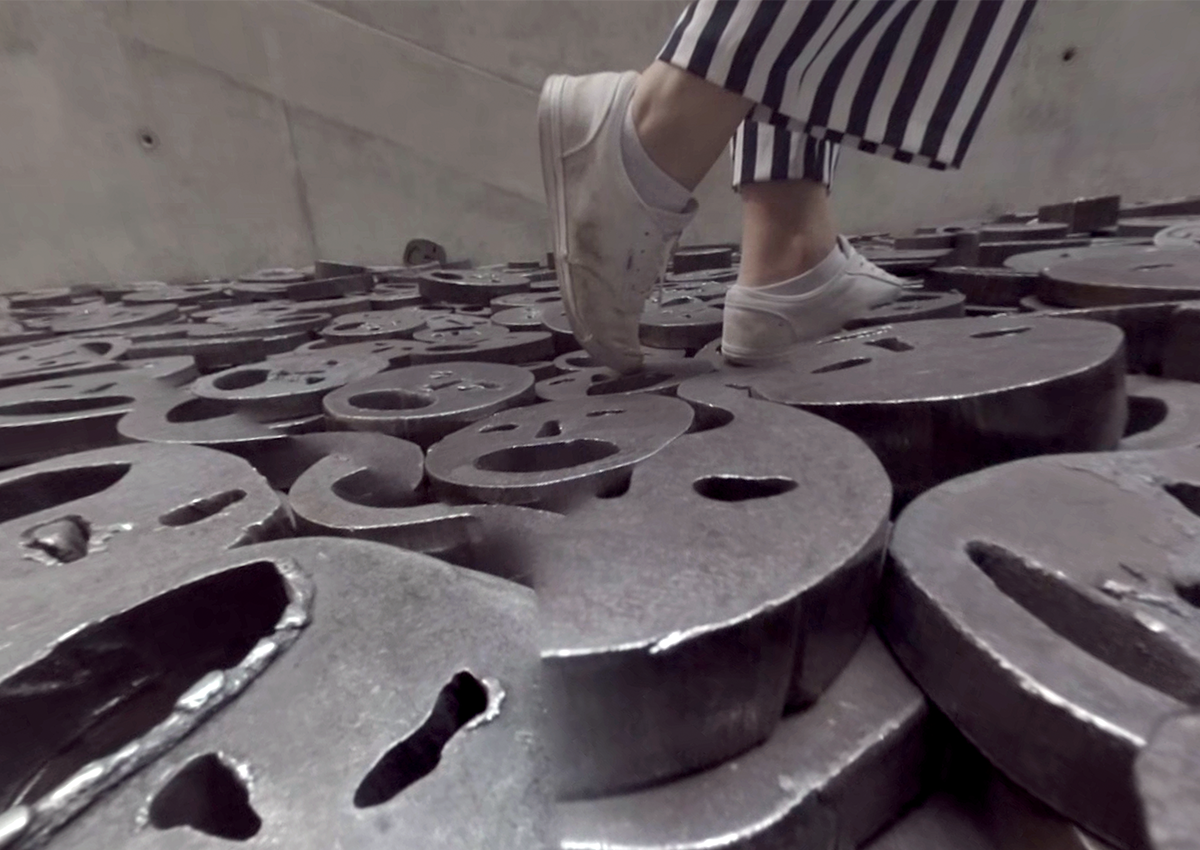 In Berlin, a Virtual Reality essay film, tells the story of a New York City-based artist on her first and last trip to Berlin. Told she resembles Anne Frank, she floats through the city feeling like her doppelganger’s aged ghost. The film explores the uncanny effects of wearing a VR headset, to recreate and share the experience of the unreal, of dissociation, of disembodiment that the filmmaker felt when traveling through Berlin for the first time: one foot grounded in the physical, the other, traipsing across history and memory. “In Berlin, the setting is the story,” she recounts, “so many stories just below the surface.” Her voice invites the viewer into her head as she attempts to untangle this strange disembodied sensation the city instills in her. Encounters with the major sites, archival materials, locals, an old friend, slowly unearth her unreconciled inherited trauma from the Holocaust and need for historical memory. Annie Berman is a New York-based filmmaker and media artist. Named one of Independent Magazine’s “10 Filmmakers to Watch,” her work has shown internationally in cinemas, festivals, galleries, universities, and conferences, including the MoMA Documentary Fortnight, Camden International Film Festival, Rooftop Films, Spring/Break Art Fair NYC, Galerie Patrick Ebensperger Berlin, and the Rome Independent Film Festival where she was awarded the Best Experimental Film Prize. Her films include The Faithful (2021), Utopia 1.0: Post-Neo-Futurist-Capitalism in 3D! (2015/2017 in VR), and Street Views (2013). She received her MFA from Hunter College and teaches film at City College. 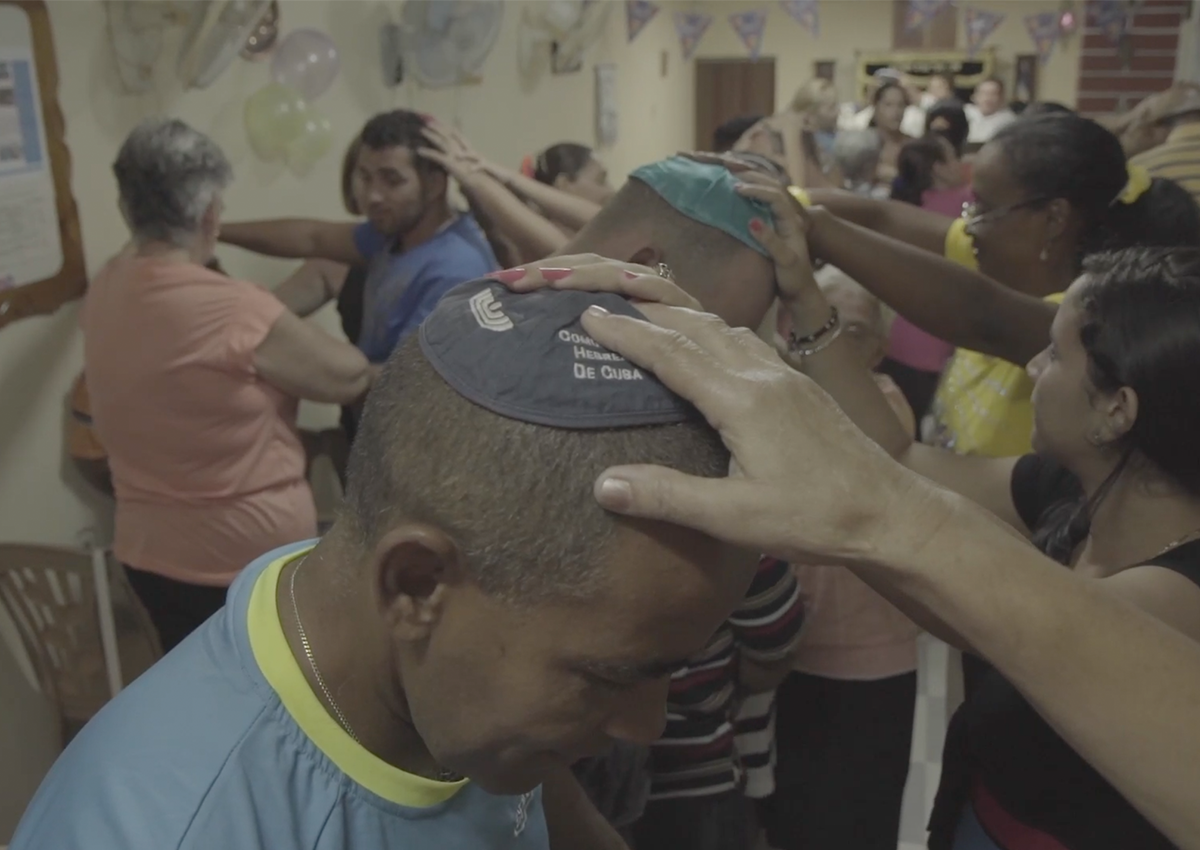 Lost and Found in Guantanamo is set within the small town of Guantanamo, Cuba—population 200,000—53 of whom are Jewish. Jews started migrating to the area as early as the Spanish expulsion of the 1490s. In 1959 Cuba had a revolution and in the aftermath all religion was prohibited. In 1991, the Cuban government repealed its ban on religious practice, making it possible for people of all faiths to practice publicly. Connecting Jewish Cuban practice across time and generations, Bridge follows two octogenarians, Fortuna and Lidia, and their families as their daily lives intersect with Judaism: grocery shopping, cleaning, cooking, lighting Hanukkah candles, and preparing for their Bat Mitzvahs. They share their feelings of trepidation and awe at the looming ceremony, all while providing the viewer striking footage of daily life in Cuba, as horses and buggies drive by and children playing soccer in the streets. 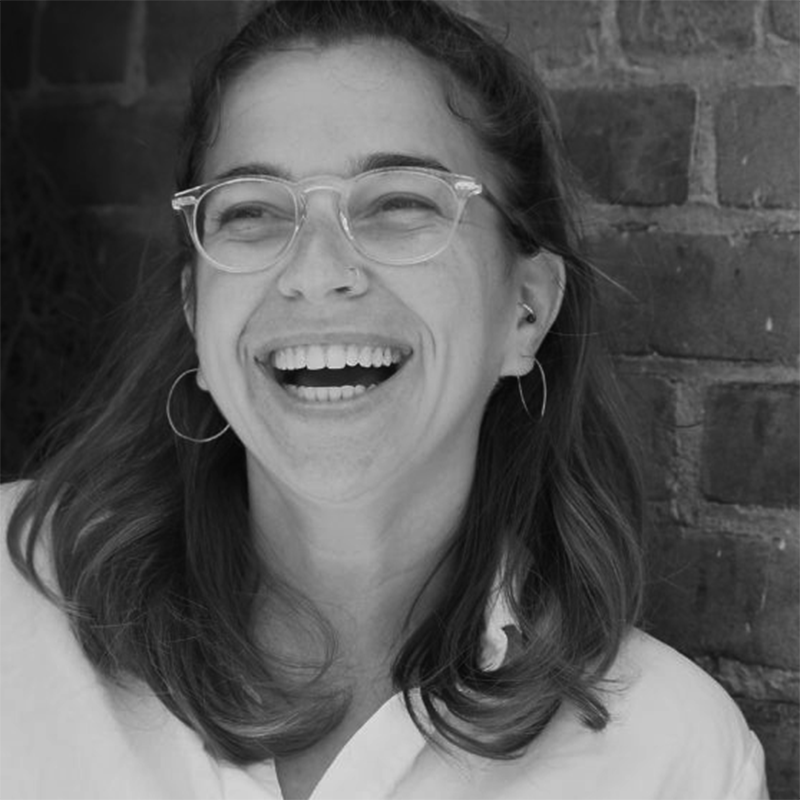 Yael Bridge is an Emmy-nominated documentary director and producer. Her directorial feature debut The Big Scary “S” Word premiered at Hot Docs 2020 and theatrically in 2021. Previously, she produced Left on Purpose, winner of the Audience Award at DOC NYC as well as the Netflix Original film, Saving Capitalism, starring former Secretary of Labor Robert Reich, which was nominated for an Emmy Award in Business and Economics. She served as Head of Production at Inequality Media, making viral videos that tackled complex political issues and gained over 100 million views in 2016 alone. Yael was included in DocNYC’s 40 Under 40 list of 2021. She holds an MFA in Documentary Film and Video from Stanford University and an MA in Media Studies from the New School. She resides in Oakland, CA where she works as a filmmaker and film educator. 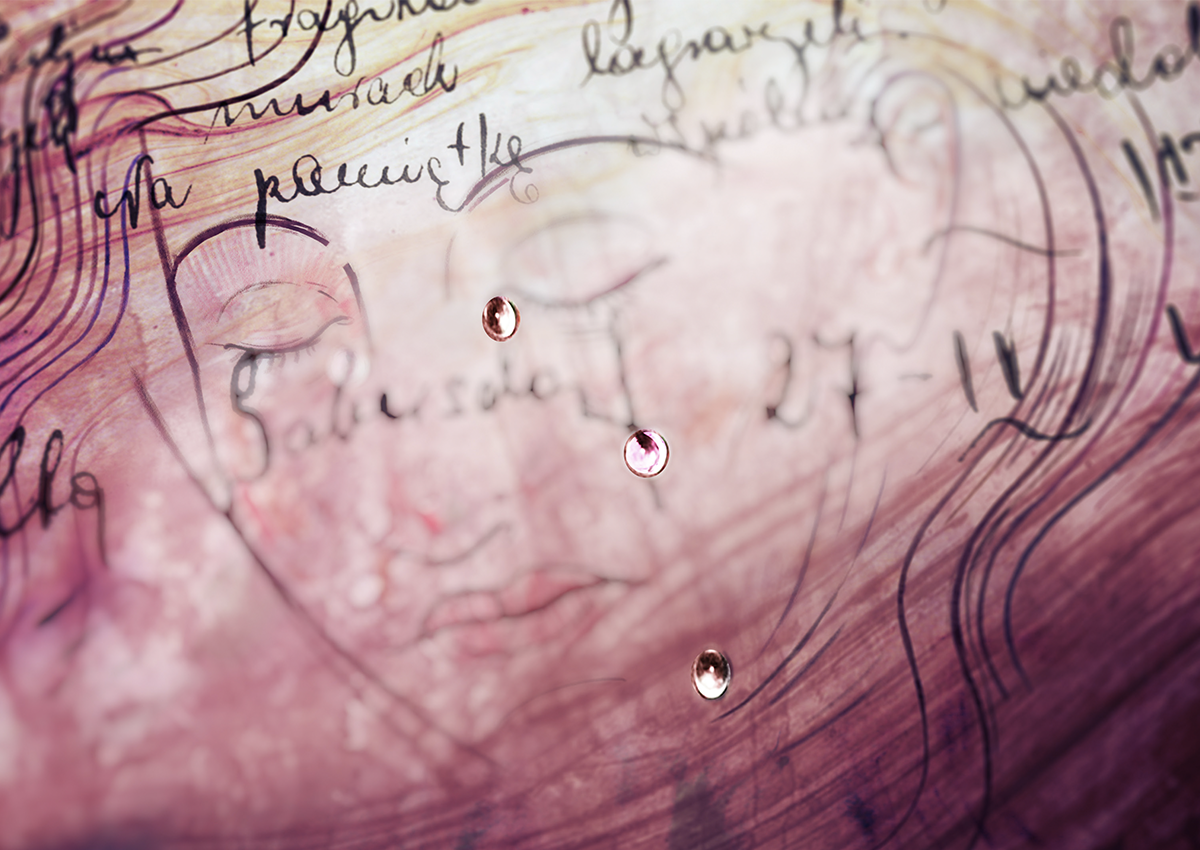 My Underground Mother is a documentary feature about the filmmaker’s search for understanding about her late mother Tamar, a fiery redhead and self-proclaimed hero of the Israeli underground, who kept her childhood in Poland a secret. “I was never a Holocaust victim,” she told her only daughter. Twenty years after her death, Fox stumbles on a family secret and realizes her mother had a hidden identity. What follows is a trail of clues to a ghost factory in the Czech Republic: the site of Gabersdorf, a Nazi-run women’s camp. A hidden diary bearing her and sixty inmates’ writing helps Fox unlock her secret past. In an intergenerational reclaiming of a lost women’s history, My Underground Mother challenges Holocaust tropes and explores issues afflicting women today. What is a woman’s worth? What is the price of survival and silence? How can we reconcile with the invisible scars of our mothers? 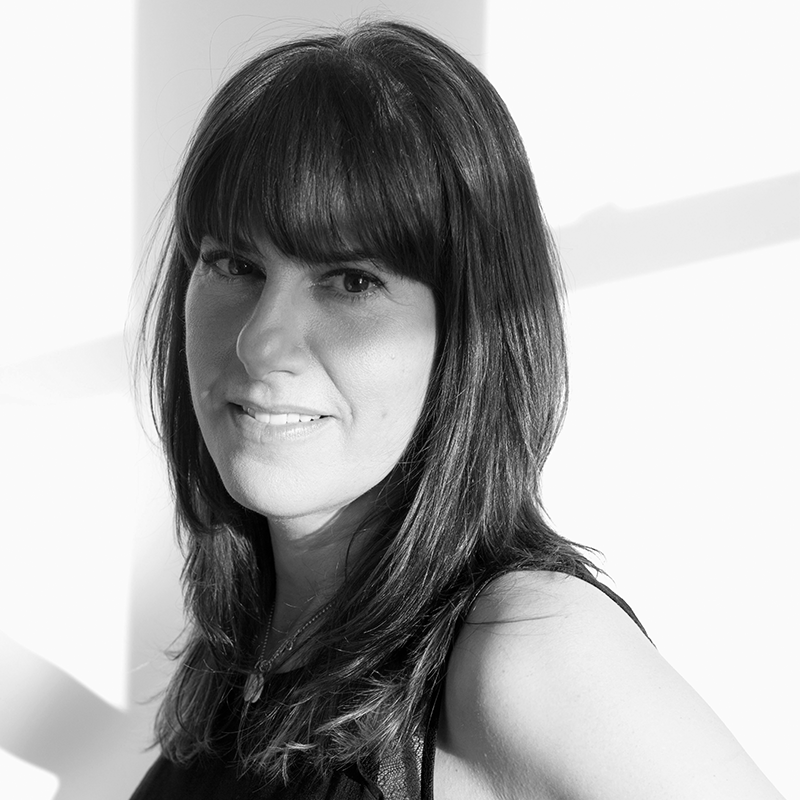 Marisa Fox is a New York-based journalist, veteran magazine editor, former U.S. correspondent for Ha’aretz, contributor to The Daily Beast, CNN, Ms., The New York Times, Elle, Health, The Forward, and a gender and genocide specialist at Gloria Steinem’s Women’s Media Center. Her social impact campaigns for Hearst digital and redesign work for Billboard and The Hollywood Reporter earned American Society of Magazine Editor awards and nominations.  A producer for Channel 13, Vh1, MTV, and FX, Fox graduated from Northwestern University’s Medill School of Journalism with a BS, MS, and a National Journalism Society Award. Her first film, My Underground Mother, has received grants by the NEH and the Claims Conference and was a winner and finalist at the Australian International Screen Forum’s Pitch Royale and Paley Doc Pitch. 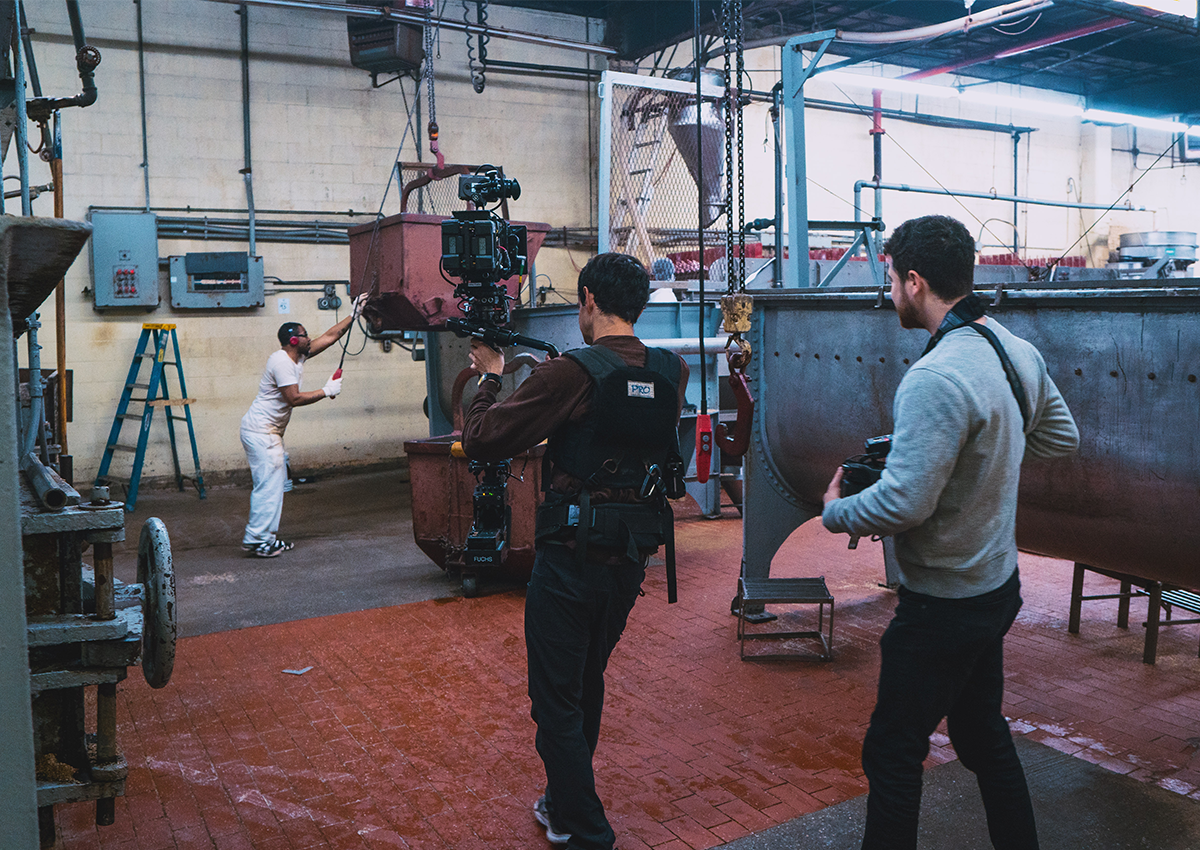 Richard Radutzky and his cousin Sandy are grappling with the blessing and burden of legacy. Their family’s 115-year-old candy company, Joyva, operates out of an ancient and crumbling factory in Brooklyn, where orders are still written with pencil and paper, and workers still mix halvah by hand in copper tubs. As charming and artisanal as this is, sales are flat, and if major change doesn’t arrive soon, Richard and Sandy will have to shut Joyva’s doors. The business has been in their family for four generations, and when Richard’s father Milton passed five years ago, the responsibility of running the company fell squarely onto Richard and Sandy’s shoulders. 10 million jelly rings eaten during Passover each year illustrates how Joyva has become a fixture at the most meaningful experiences in the lives of Jewish Americans. As Richard and Sandy bring Joyva through changes, they risk destroying the sacred role that Joyva’s products play—connecting American Jews with each other and with their ancestors. With each decision they make, they feel pressure to honor what their forebears built, to define their own identities, and to preserve the livelihood of their 50 employees. 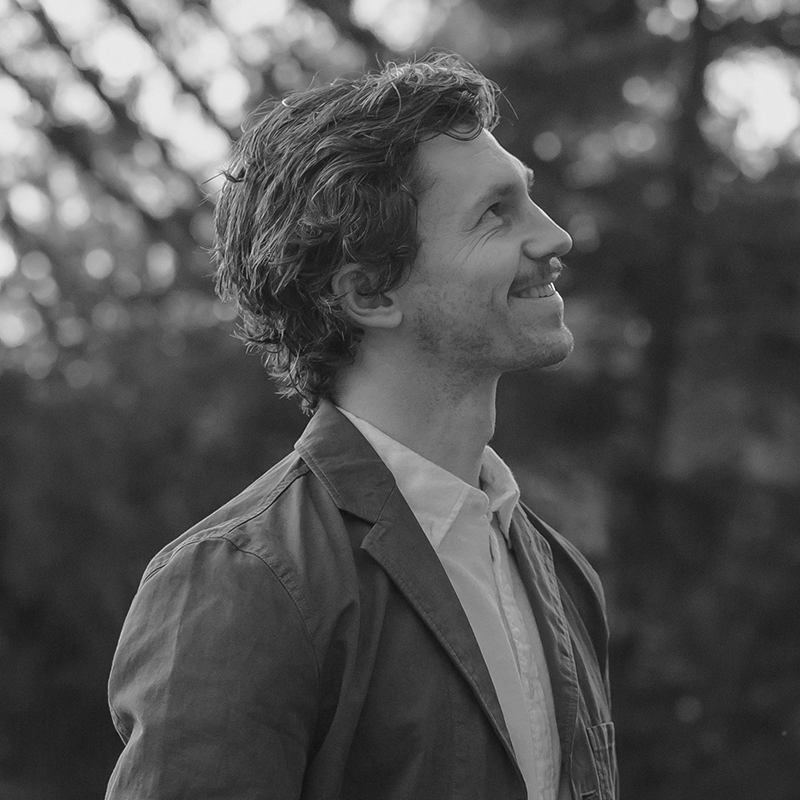 Josh Freund and Sam Radutzky are award-winning filmmakers who co-founded ABIS Productions, a video production company dedicated to creating content for bands and musicians. In addition to their documentary work, they have built a successful freelance career as commercial directors and cinematographers for clients that include Nike, Mattel, Chevrolet, Google, Rolex, The Smithsonian Institute, Vice Media, Live Nation, Pernod Ricard, Jameson Whiskey and the San Francisco Giants. Their first feature documentary, Do U Want It? won the Audience Award at New Orleans Film Festival (2017) and SF IndieFest (2018). Freund studied documentary filmmaking at Northwestern University’s Medill School of Journalism and lives and works in Oakland, CA. Radutzky holds a BA in Film from Northwestern University and lives and works in New York City, NY. Rabbi Shlomo Carlebach’s music is ubiquitous within the Jewish world. “The Singing Rabbi'' was a larger than life, charismatic leader who championed women in Orthodox Judaism, revived spirituality for disaffected people, and wrote the soundtrack for the entire spectrum of Jewish life in the 20th century. After his death in 1994, he was publicly accused of widepsread sexual abuse. Thirty years later, devoted followers, sexual abuse survivors, spiritual leaders, cultural critics, social activists, and his protege-daughter, Neshama (pictured), have a vulnerable, first-of-its-kind conversation about Shlomo, his career, and his ongoing legacy. 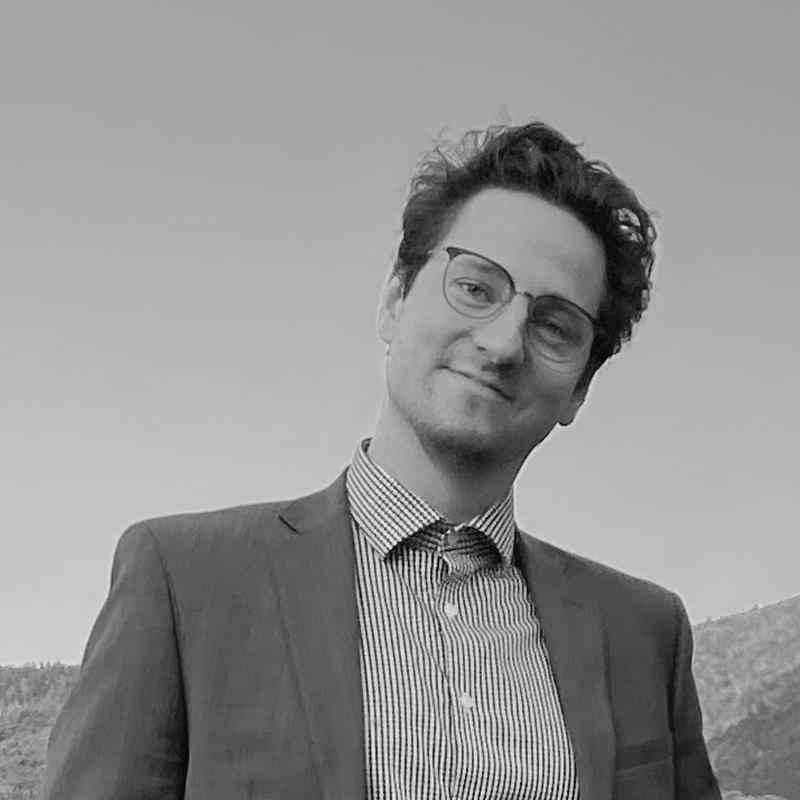 Simon Mendes is a New York-based filmmaker. He was an Associate Producer of both the Netflix Original documentaries Becoming, the story of the former First Lady Michelle Obama, and Dick Johnson is Dead, which premiered at the 2020 Sundance Film Festival, won the Special Jury Award for Innovation in Non-fiction Storytelling, and was shortlisted for the 2021 Academy Awards® Best Documentary Feature. Simon was also Associate Producer of Charm City, which premiered at the 2018 Tribeca Film Festival and was shortlisted for the 2019 Academy Awards® Best Documentary Feature. Simon’s original film, Dating in Place, about virtual dating at the outset of COVID-19, was featured in The New Yorker. He is currently directing and producing a documentary film about Neshama Carlebach and the complex legacy of her father Rabbi Shlomo Carlebach, and co-producing Rabbi, directed by Sandi DuBowski. Isobel Lennart (1915-1971), a Polish Jew from Brooklyn, NY, was a prolific, critically acclaimed screenwriter during Hollywood’s Golden Age, succeeding in an industry whose barriers to women still remain formidable. She once said “you write about yourself a lot,” drawing on her own troubled marriage to offer insights into gender dynamics in her screenwriting that remain contentious today. A creature of the cinema, her biggest hit came on Broadway with Funny Girl, a story in which themes of a woman’s success, body image, and the very definition of female beauty, coalesced powerfully on stage and later on screen. Although Funny Girl returned Fanny Brice to public attention and catapulted Barbra Streisand to international fame, Lennart’s own life and work remain largely unknown. With a 2022 Broadway revival of Lennart’s most iconic work, filmmaker Marguerite Moritz seizes the opportunity to bring her story to light. 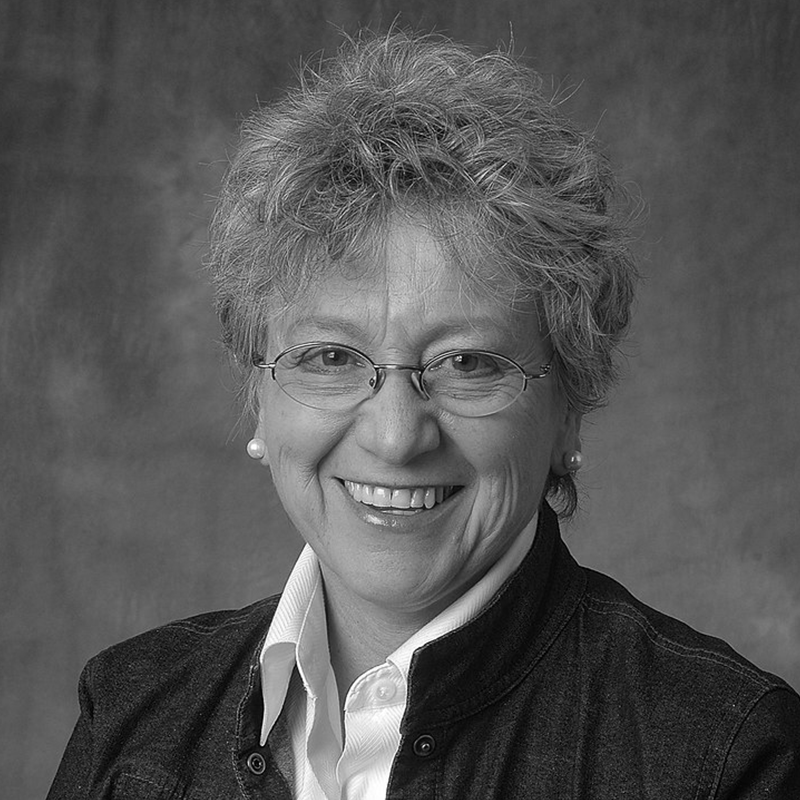 Marguerite Moritz is a journalist, writer, and filmmaker based in Boulder, CO. She worked for NBC Radio and TV before becoming a journalism professor at the University of Colorado where her research focused on LGBTQ+ rights as well as media reporting on collective trauma, including school shootings, natural disasters, and terror attacks. She has written and/or directed more than a dozen documentary films, including Scouts Honor (writer), Covering Columbine, Taking the Lede, and Como Fue: A Cuban Journey that have screened on both PBS and at international film festivals. She has served as a Gannett Fellow in Asian Studies, a RIAS Berlin Fellow, a Fulbright Senior Scholar, and a UNESCO chair. 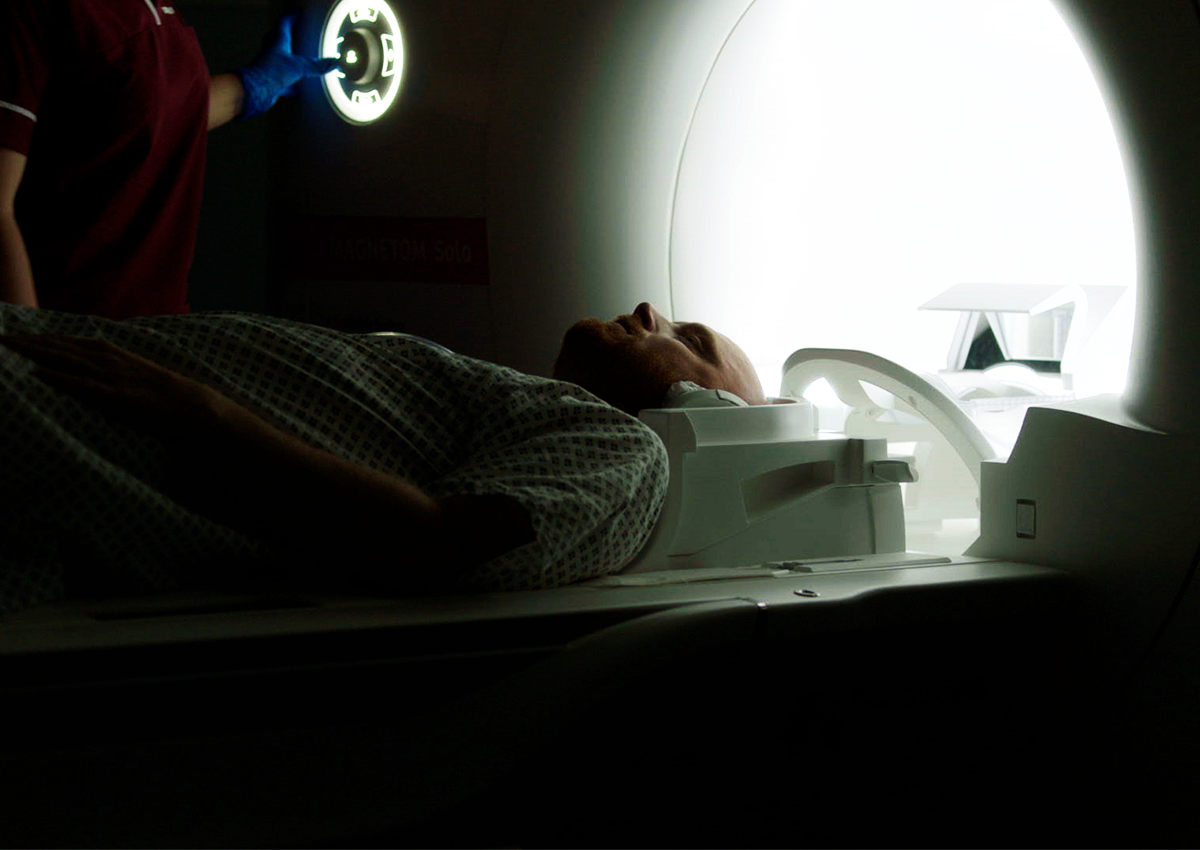 Aged 24, Kit was diagnosed with an incurable brain tumour. In a small town on the South Coast of England, his dad Lawrence, still struggling to come to terms with his own dramatic family secret, throws himself into a series of obscure diversion tactics. From illegally growing cannabis in his spare room, to relinquishing his lifelong atheism and secretly attending a local synagogue; he begins to transform his identity for good. His mom, a community nurse who spends her time caring for dying patients, can’t cope with the idea of living through the death of her son and takes solace in eccentric spiritual endeavors of her own. Following Kit’s efforts to make the most of the humorous camaraderie he shares with his dad, as he rebuilds his distant relationship with his mom, the film results in a painful, funny and complex journey towards acceptance. It begs the question: what happens when all normality fades and a broken family is forced to create a new identity together? 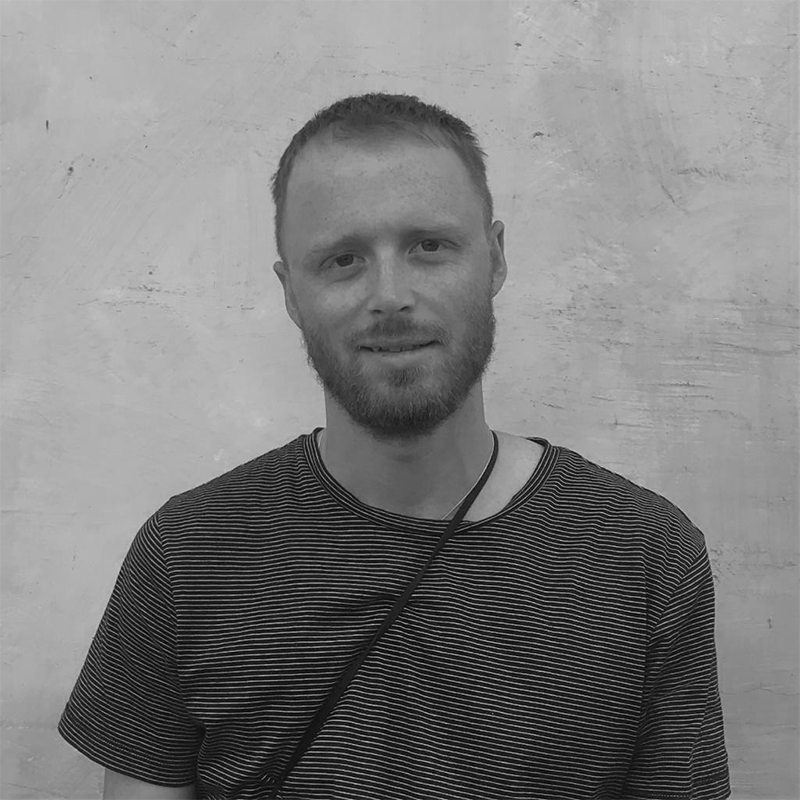 Kit Vincent is a London-based director/producer with an interest in character-driven stories that use humor to explore nuanced, real-life drama. In 2019 he attended the Sundance Talent Forum as part of the Documentary Film Program. He began his career working on flagship documentary series for UK broadcasters and he has a First Class Honors degree in Anthropology and Visual Practice from Goldsmiths, University of London. Red Herring is Kit’s debut feature and he has so far attended Edinburgh Pitch 2020, Sheffield Meetmarket 2021, where he won The Wicker Awards pitch runner-up prize and Gotham Week 2021. He has received funding from BFI Docsociety, the Sundance Institute, and The Whickers.