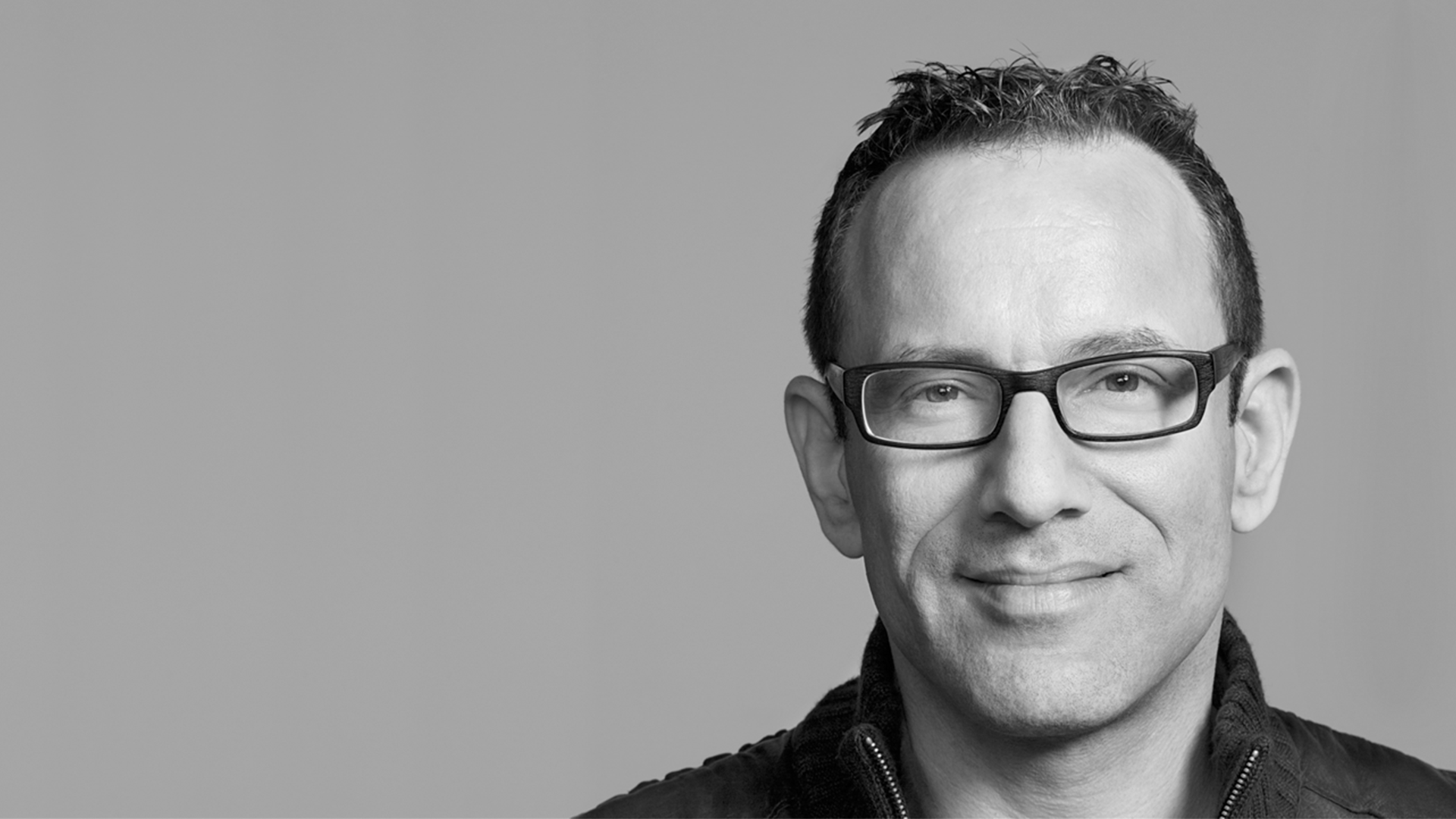 Marc is a multi-award-winning director, producer and executive producer who has been significantly involved in 50+ successful independent films wearing many hats across the film and entertainment business. The combined footprint of his works has touched 200+ film festivals and markets on 5 continents, yielding substantial worldwide sales to theatrical, television and VOD outlets, notable box office receipts, and numerous awards and nominations. His long list of credits includes films that have screened at top-tier festivals such as Sundance, Berlinale, Venice, AFI Docs, IDFA, DOC NYC, CPH: DOX, Tokyo, Melbourne, Viennale, Krakow, Jerusalem, among others. In 2009, Marc founded 13th Gen, a San Francisco based film company that works with a dynamic range of independent film partners globally to oversee the financing, production, post-production, marketing, sales, and distribution efforts of a vibrant portfolio of films and filmmakers. The company is known widely for being active on some 10-15 concurrent projects, both independent and inside Hollywood, and it has successfully advanced Smolowitz's career-long focus on powerful social issue films and filmmaking across all genres. In 2016, he received one of the prestigious IFP Fellowships to attend the Cannes Film Festival's Producers Network and Marche du Film marking him as one of the USA's most influential independent film producers.

Read an interview with Marc Smolowitz on the JFI blog

"The Lonely Child" is a Yiddish lullaby written during the Holocaust describing Sorele, a little girl in hiding. Almost 75 years later, the daughter of the girl in the song -- Alix Wall -- goes on a quest to meet the people who are keeping the song alive today, inviting musicians she admires to perform their own interpretations of it. Through interviews and performance, the song becomes a vehicle to explore themes of inherited memory and trauma, music and art as resistance, and the song's surprising relevance amidst today's global refugee crisis. What starts as a personal family story becomes a music documentary that brings together artists from different parts of the world around a common theme. 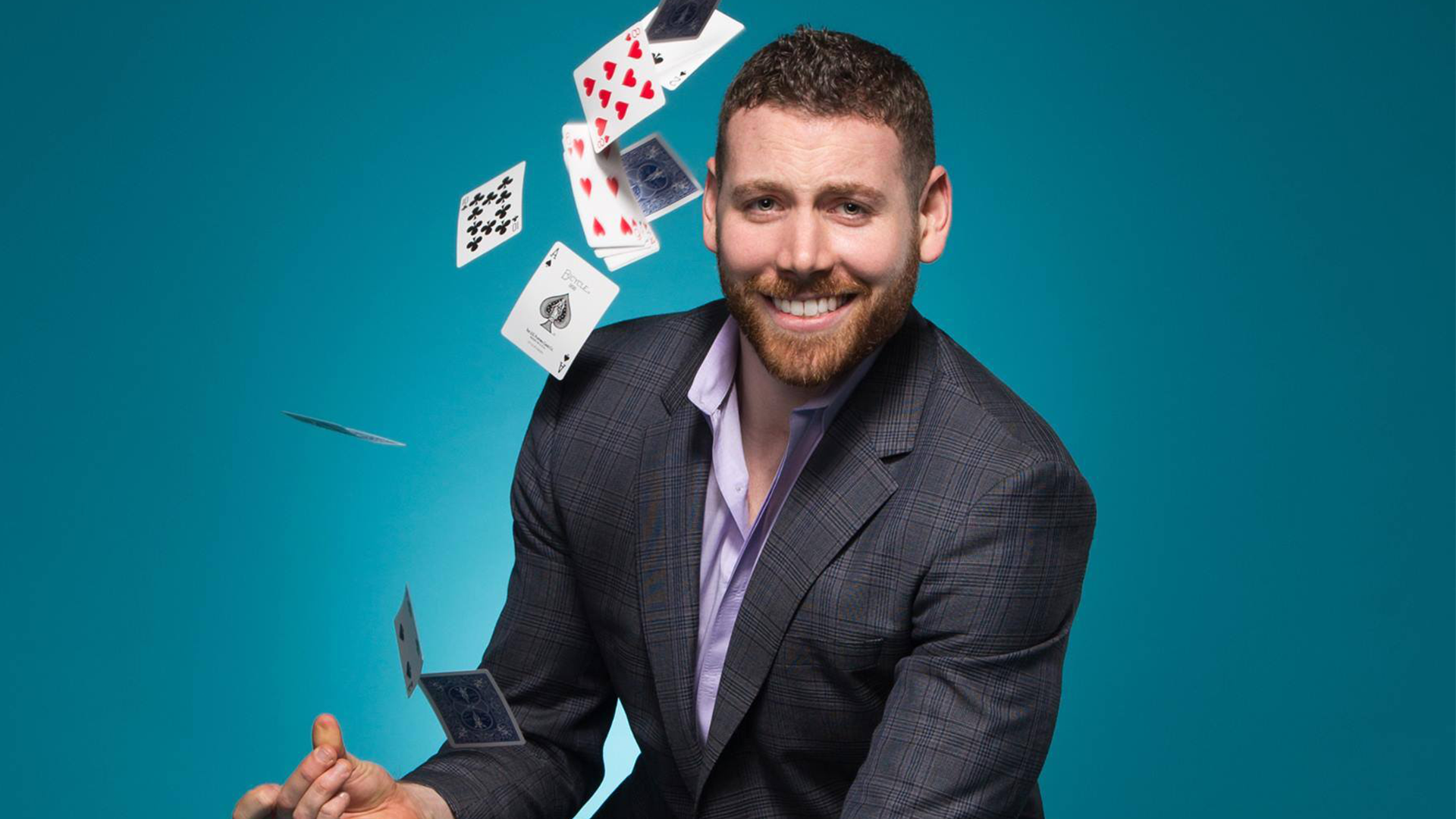 Ben Berkowitz is an impact media producer, activist, public speaker, Board Member of the Jewish Film Institute, and BBYO representative. He began his career in film distribution at Sony Pictures Classics and Magnolia Pictures. While at Magnolia he developed content to support the strategic planning of impact marketing campaigns for theatrical releases including Academy Award® Nominated films A Royal Affair and The Hunt, as well as the critically received, award-winning documentary Blackfish. Recently, he was a producer on CNN Film's Unseen Enemy, which premiered April 6, 2017, and Netflix's Memory Games which premiered on June 19, 2019. Currently, he is in development as executive producer on a scripted anthology series partnered with the creator of Hellboy, Mike Mignola, and the team behind NBC's Community and Adult Swim's Rick and Morty, Starburns Industries.

Read an interview with Ben Berkowitz on the JFI blog 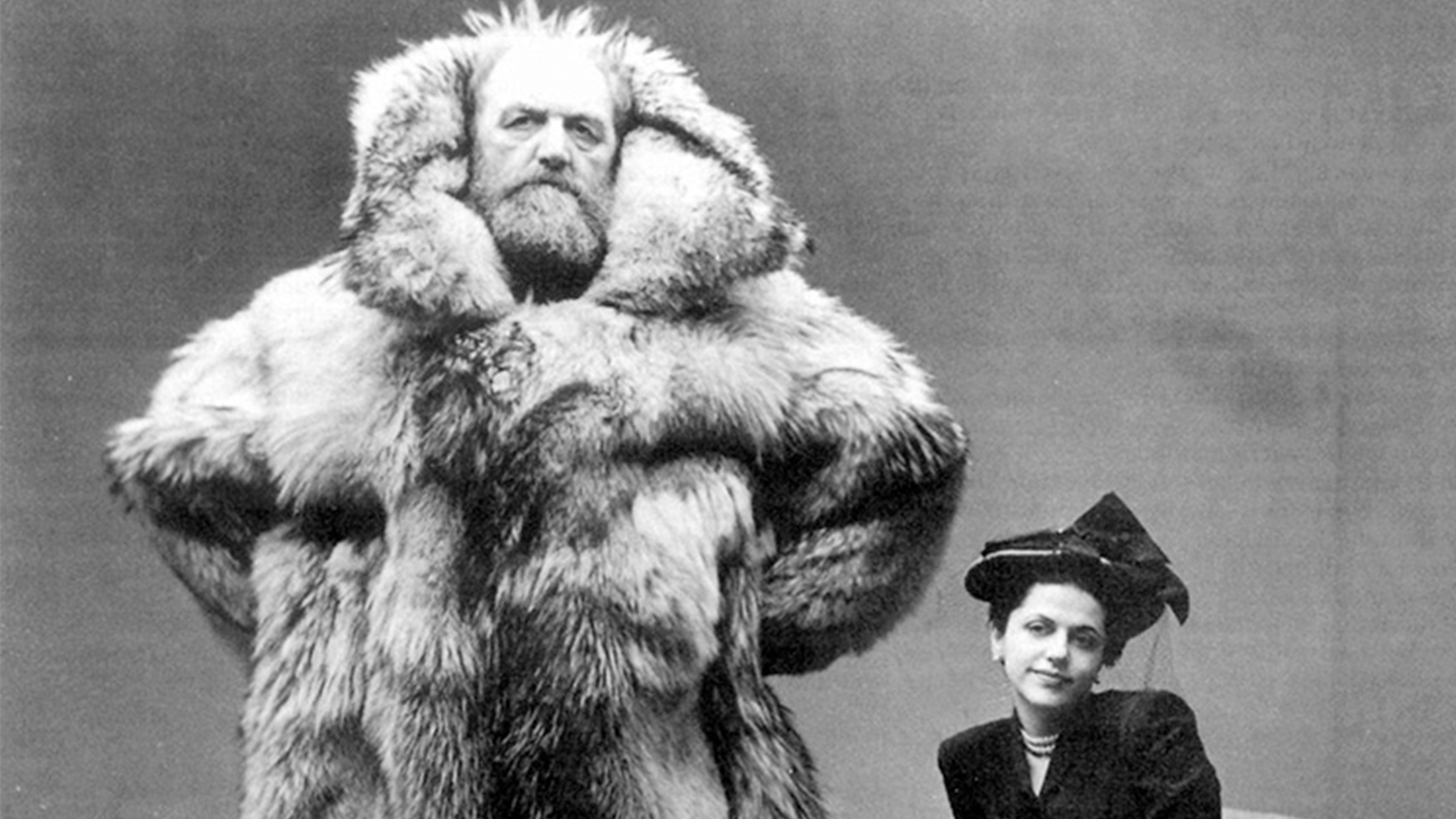 During his JFI residency tenure, along with his brother/co-founder  of Not A Billionaire Max Berkowitz, writing partner Christian Harrington and co-producer Peter Ittinuar (Peter Freuchen's actual grandson - based in Canada), Ben will be developing a narrative mini series based on the extraordinary life of explorer, Peter Freuchen. The series will be based primarily off of his autobiography, Vagrant Viking, however they will be taking bits and pieces from his other books as well (he wrote nearly 30 books in his lifetime)!

Pressman was born and raised in Los Angeles and received an undergraduate degree in political science from the University of California at Berkeley. He worked for many years as a newspaper and magazine reporter and editor in Los Angeles, Washington DC, and San Francisco. He wrote, directed and produced the documentary film 50 Children: The Rescue Mission of Mr. and Mrs. Kraus, which premiered on HBO in 2013 and received an Emmy nomination for Outstanding Historical Programming. The film was shown at the 2013 San Francisco Jewish Film Festival, and has also been shown at numerous other film festivals, schools and colleges, U.S. State Department, embassies and other venues throughout the United States and abroad. 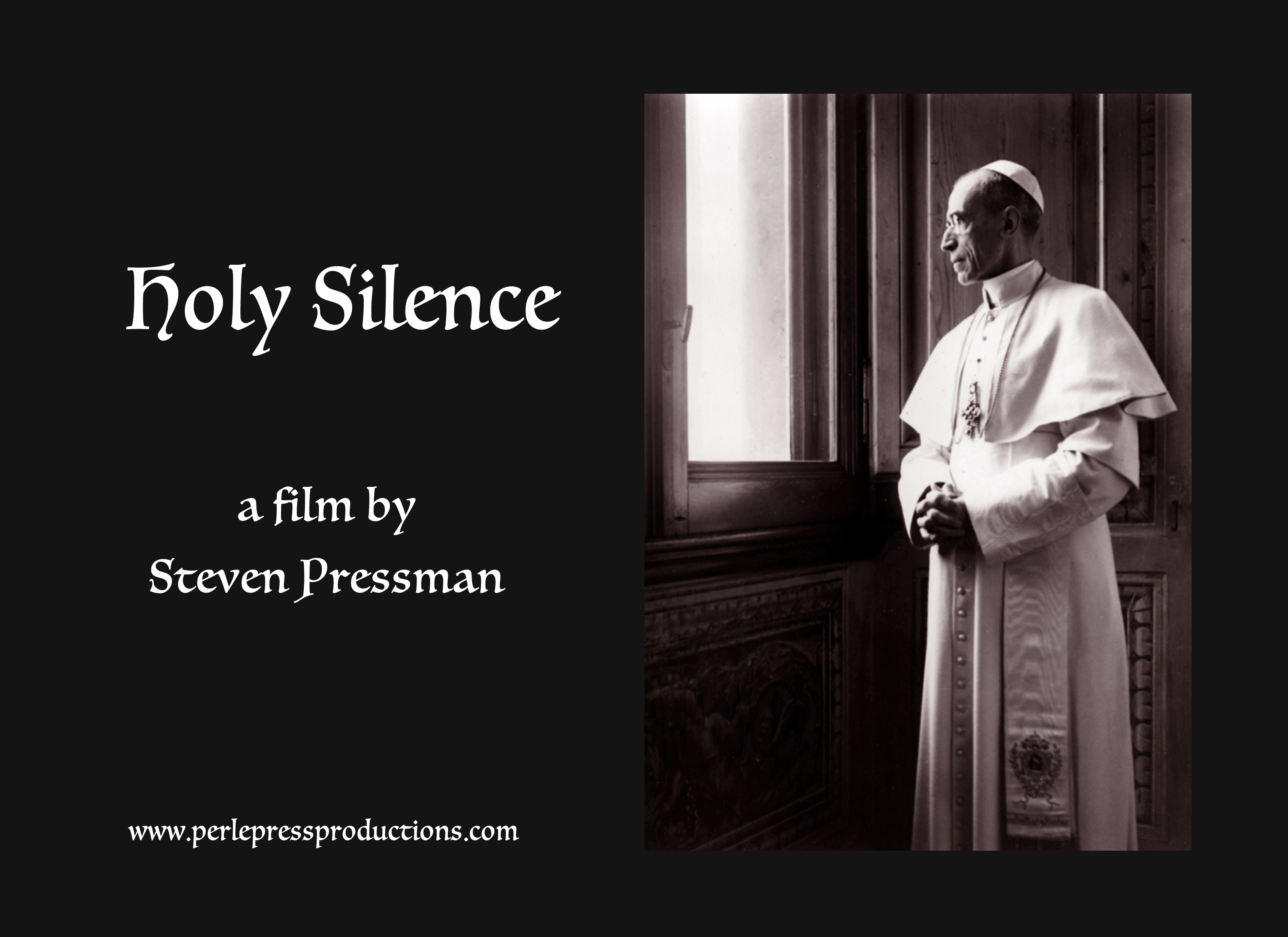 More than seven decades later, the actions of the Vatican during the dark period of World WarII and Nazi Germany's unleashing of the Holocaust against European Jews remain a hotlydebated and highly controversial topic.Only weeks before his death in early 1939, Pope Pius XI was on the verge of issuing a sweepingpapal encyclical that, on the eve of the Final Solution, would strongly denounce the Nazis andtheir virulent anti-Semitic policies. But the new pope, Pius XII, had his own papal agenda, whichdeterminedly steered the Holy See away from outright condemnation of Nazi Germany and itsincreasingly brutal campaign to wipe out European Jewry. 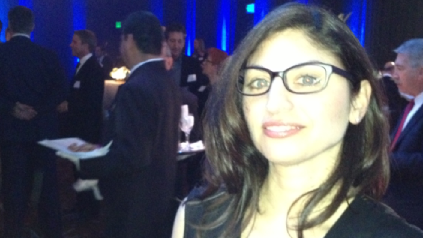 Gilman is an award-winning filmmaker with 20 years of experience. Her directorial debut, Kings Point (2012) was nominated for an Academy Award, won prizes at film festivals nation-wide, and aired on HBO. Most recently, Sari co-directed and edited the Netflix original Saving Capitalism, about Robert Reich. She was nominated for a Prime Time Emmy for her work on Rory Kennedy's Ghosts of Abu Ghraib, and the first feature documentary she cut was Judith Helfand's Blue Vinyl, which also aired on HBO and premiered at Sundance. She wrote and edited Trapped, which premiered at Sundance, had a theatrical release in March of 2016 and aired on PBS' Independent Lens. Sari is a member of the Academy of Motion Picture Arts and Sciences.

One Family is about the wildly divergent views on Israel that exist within the filmmaker's own Jewish family. A hybrid of fiction and nonfiction, it is a meditation on the meaning of home and belonging. The film begins with a scripted, fictionalized flashback to Sari's start as a filmmaker: she is given a camera for her 13th birthday and begins to document her family, her home, and particularly her father, whose unconventional views on Israel are the inspiration for the story. As the years progress and Sari continues to film her world, we encounter relatives, neighbors and friends, whose beliefs on religion, Zionism, class and cultural affiliation inform her own questions about the nature of belonging. 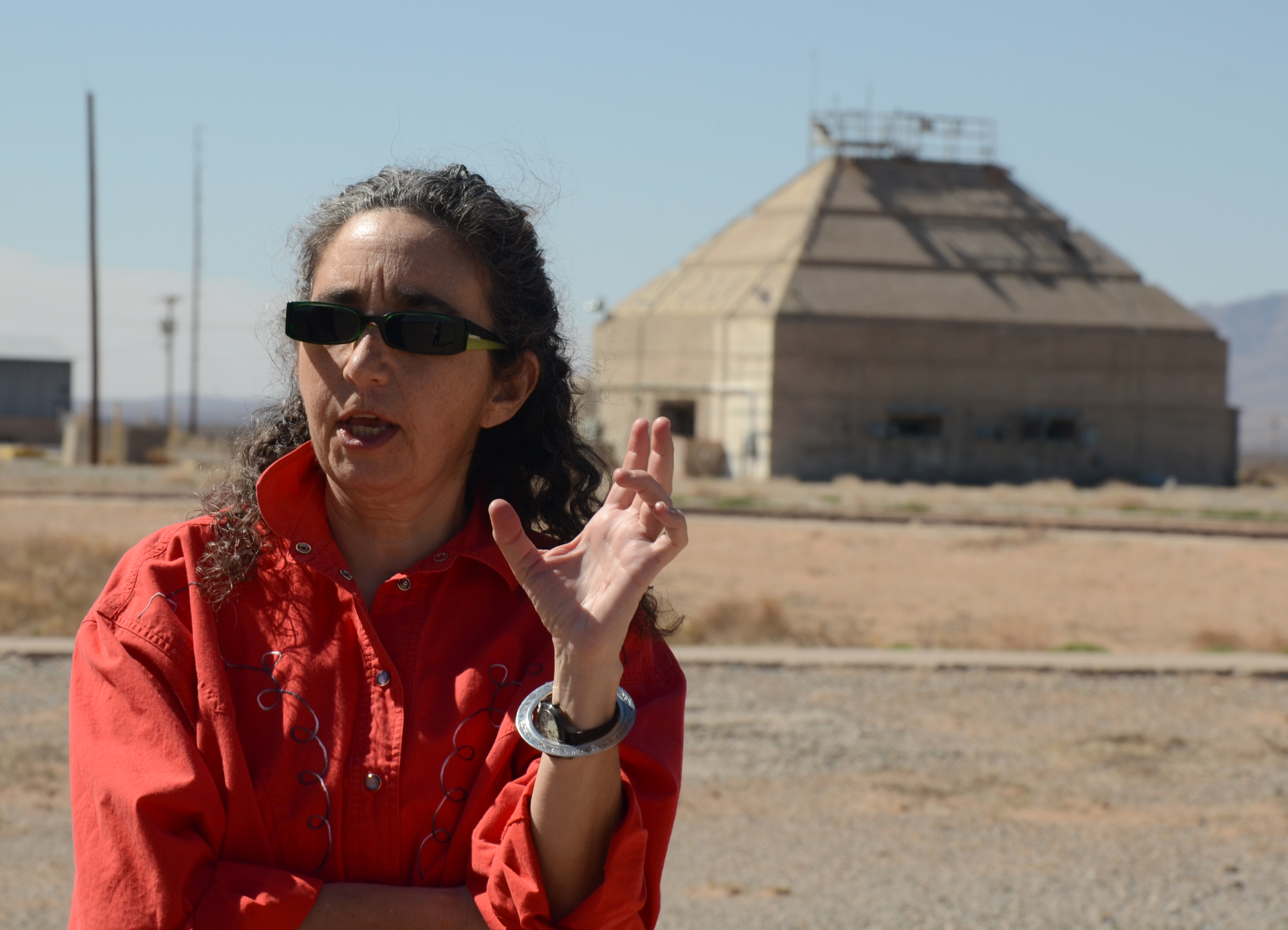 Melinda Hess is an editor, director, and producer of documentary films and hybrid-interactive cross-media. Melinda was the JFI Filmmaker in Residence from 2015-2017, working on her documentary film, "Letter from Cloudcroft." Continuing a residency in the Ninth Street Independent Film Center's Incubator Program, Melinda most recently edited and was a consulting producer for Dan Goldes's film, "5 Blocks" which premiered at the San Francisco Green Film Festival in September 2019.
Learn more: http://www.letterfromcloudcroft.com/

Letter From Cloudcroft, a documentary film and its associated trans-media and installation project Constructed Memories, explores the intersection between the legacy of Holocaust slave labor and the celebrated American moon landing. The film examines the secret collaboration between the U.S. and captured German Nazis rocket scientists after WWII, resulting in the American space program & NASA. Revealed through two intertwined perspectives, one from a Jewish father writing letters as a 21 year old in 1946 to his parents during his Army assignment in the covert Project Paperclip and seventy years later, from his daughter tracking incidents and leads from the letters, navigating through geographies of place that shape this story, unraveling the complexities of history, collective memory and personal narrative. Challenged by the writings of her father, the filmmaker confronts national & family beliefs, memories and values while questioning moral and ethical decisions of individuals and governments. 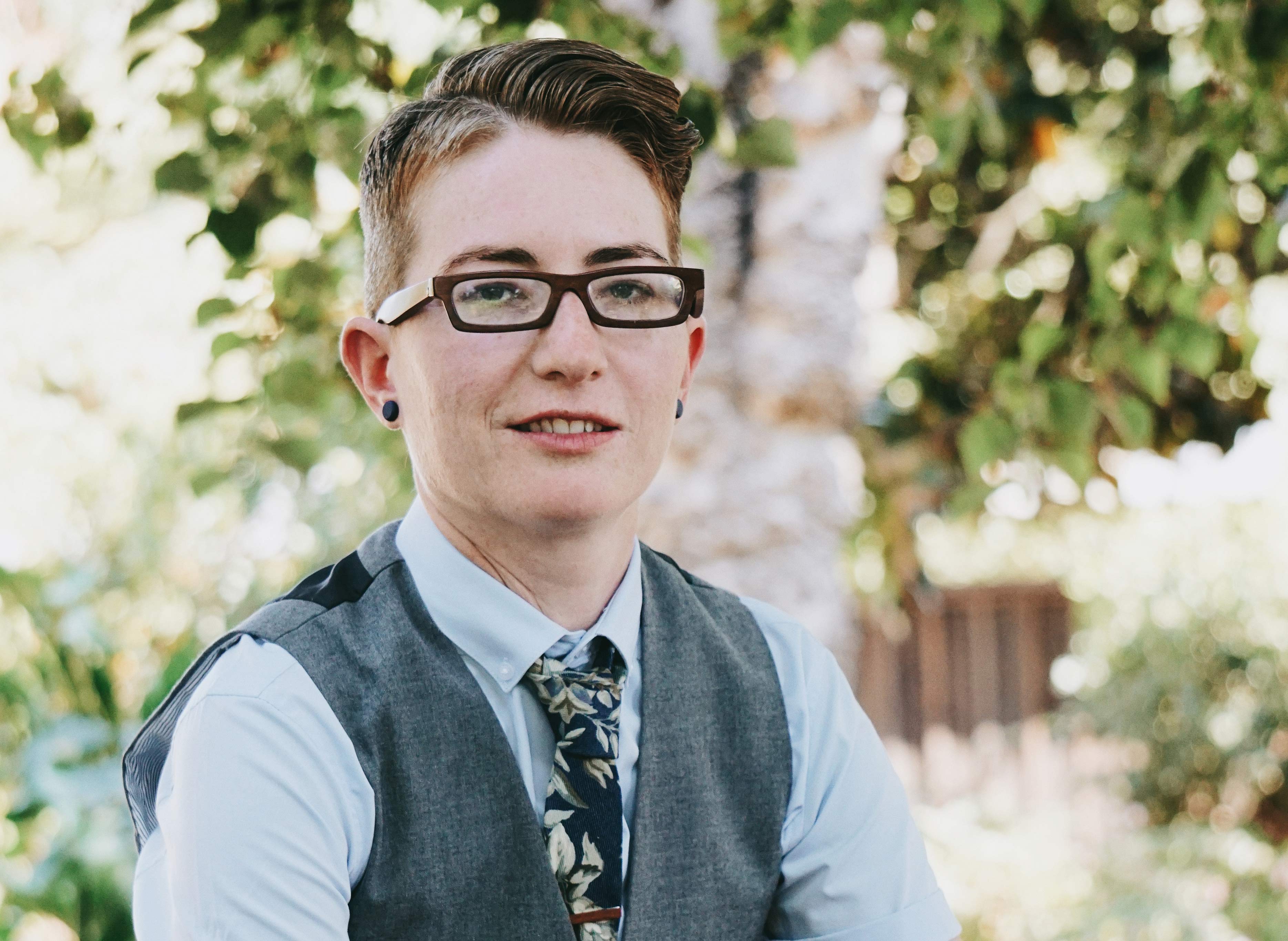 Nico Opper is an Emmy®-nominated filmmaker who directed and produced the feature documentary Off and Running, Audience Favorite at Tribeca and winner of ten international awards including Best Documentary at Outfest and Best Documentary Screenplay at Silverdocs. The film broadcast nationally on P.O.V. Nico received a Fulbright Fellowship to direct Visitor's Day, which was supported by New York State Council on the Arts, Chicken & Egg Pictures and The Independent Television Service. Visitor's Day nationally broadcast on PBS and WORLD Channel. Nico directed and produced the short-form docu-series The F Word: A Foster-to-Adopt Story, funded by ITVS for IndieLens Storycast and currently streaming on Soul Pancake in partnership with Participant Media. The F Word was nominated for a Gotham Award for Breakthrough Series. They have produced films and television for The Discovery Channel and Here TV, and have been featured in Filmmaker Magazine's annual "25 New Faces of Independent Film",  Indiewire's 25 LGBT Filmmakers on the Rise, and most recently DOC NYC's "40 Under 40". Nico has taught filmmaking at Stanford University and San Francisco State University and is currently an assistant professor at Santa Clara University. In addition to teaching and making films, Nico is the Creative Director of the BAVC MediaMaker Fellowship.

Nicole and Kristan are a queer Bay Area couple who plan to adopt a child. On weekends they can often be found baby-watching at the local farmer's market or borrowing a friend's toddler so they can hang out at playgrounds without looking creepy. This docu-comedy web series chronicles their journey into the foster care system to become fost-adopt parents, bumbling through a bureaucratic maze in order to learn everything they can about the troubled institution on which they are staking their dreams of parenthood. Determined to dispel the pervasive idea that the kids adopted from foster care are "damaged goods", they seek out a number of former foster youth - some who were eventually adopted, others who have aged out of the system and are building their own futures, all of whom have an amazing sense of humor and wisdom to share. They also talk to other fost-adopt families, social workers, lawyers, CASA volunteers and others working in the system in order to find out what's working, what's not, and how we can all make a difference. 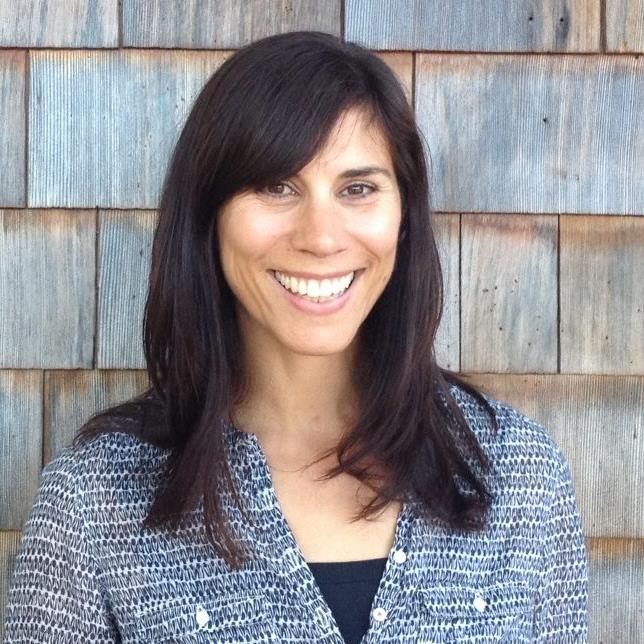 Meika Rouda is a writer/producer based in the Bay Area. Her articles have appeared in the Huffington Post, Underwire Magazine and The Next Family where she is a contributing writer. Meika is a consultant for the Telluride Film Festival and produced the award-winning feature film Quality of Life which premiered at the Berlin Film Festival and was distributed in theaters nationwide. She has worked with directors including Robert DeNiro, Spike Lee and Robert Redford. Her filmmaker residency focused on directing a short film based on her personal essay on adoption called "My Peeps". 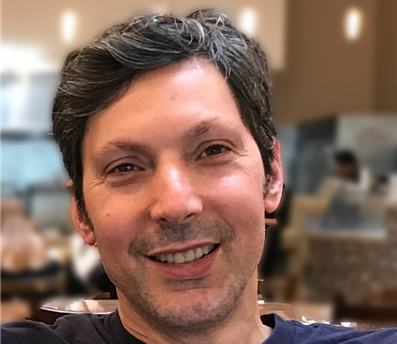 David works as an editor, colorist, animator and media consultant in the Bay Area.  He also teaches at the Bay Area Video Coalition and Laney college as a certified trainer in DaVinci, After Effects, Final Cut and Premiere, He is currently building an online interactive training program, Fourth Wall Film Academy.  He completed several short comedies before being in residence at the Jewish Film Institute where he worked on the feature documentary, The Goldsteins of Las Vegas. David's training and consulting clients include the San Francisco Ballet,  KQED, KGO, Pixar, Yahoo, Adobe among others. He is currently in the research phase for a documentary about the San Francisco Mayor's race between Gavin Newsom and Matt Gonzalez in 2002.

Yael's first feature, "A Slim Peace", explores the relationships between Arab, Muslim, and Jewish women and premiered at the Tribeca Film Festival in 2007. Yael's recent projects include co-directing "Guest House", that follows the stories of three women in a re-entry house as they attempt to acclimate to life after being released from incarceration and battling addiction. She also co-directed the award-winning documentary "Maine Girls", following 13 immigrant and U.S.-born teenage girls as they bridge cultural divides, which premiered at the 2017 Camden International Film Festival, and "Journey From Evil: Boko Haram" for Voice of America/Creative Associates broadcast in 2017.