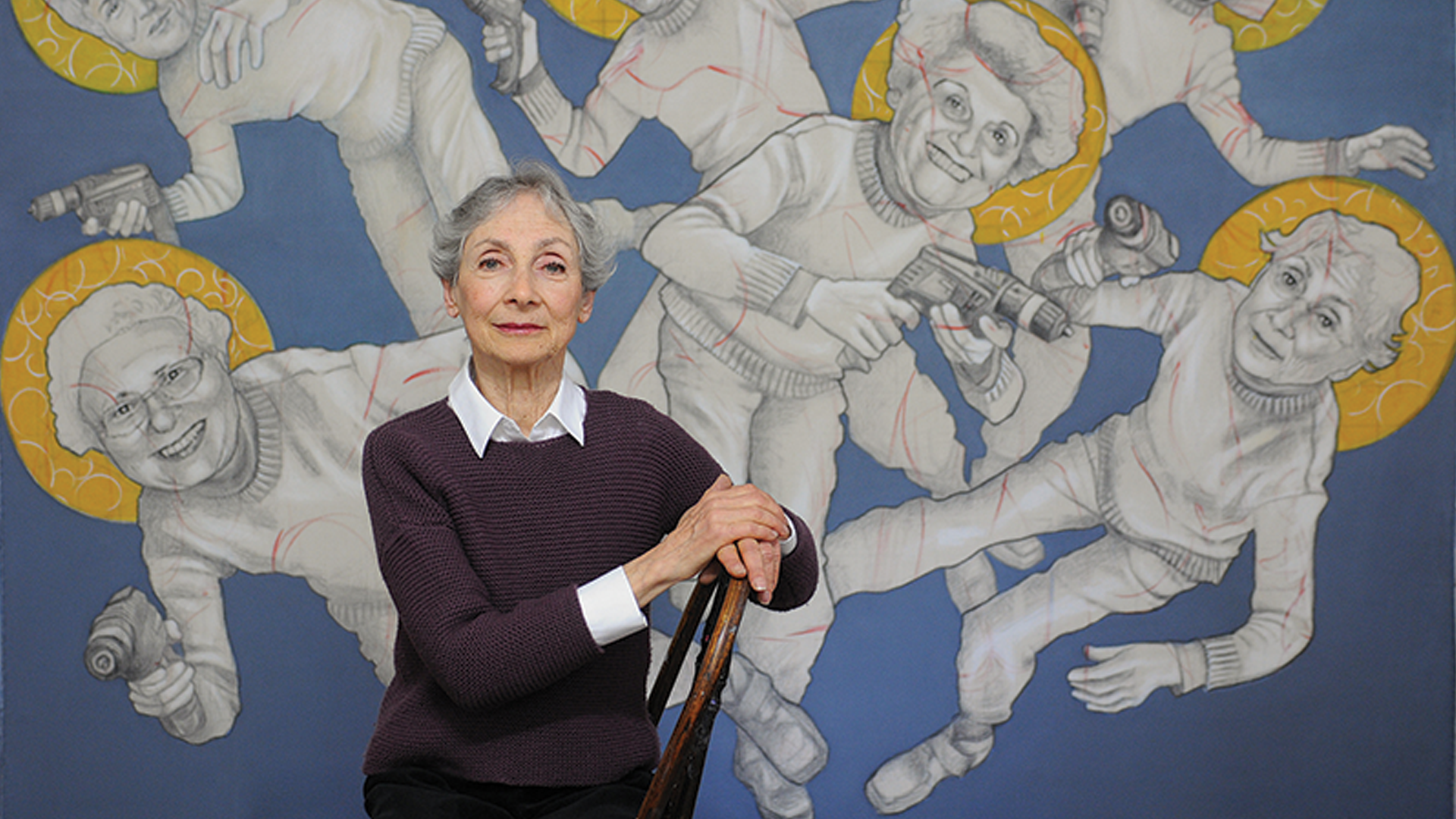 Meet the fascinating subjects from this year's superb collection of doc shorts: a heavily tattooed Jewish prizefighter; a Holocaust survivor set for immortality as a 3-D digital projection; a legendary NYC mom and pop cafe struggling to keep the lights on; and the wild paintings of gun-toting Nazi-fighting wonder women and the artist who brings them to life. –Joshua Moore

116 Cameras | Davina Pardo
As the Holocaust survivor community ages, the USC Shoah Foundation has embarked on an ambitious new project to transform survivors into 3-D digital projections that will interact with generations to come. 116 Cameras follows Auschwitz survivor Eva Schloss, as she goes through this unique process and reflects on how her role as a Holocaust speaker has changed over time.

Hinda and her Sisterrrz | Michael Kissinger
When Hinda Avery retired, she decided to paint the women in her family who had died in the Holocaust as a form of art therapy and a way to connect with her history. Gradually her paintings became bigger and more colorful as she no longer wanted to see her and her family as victims but heroic, fun-loving, wonder women taking on the Nazis.

The Last Blintz | Dori Bernstein
The closing of the Cafe Edison (aka the Polish Tea Room), the Broadway diner immortalized in Neil Simon's 45 Seconds from Broadway, is not just a story about another famous show business haunt shutting its doors, but the fading away of a piece of America's past.