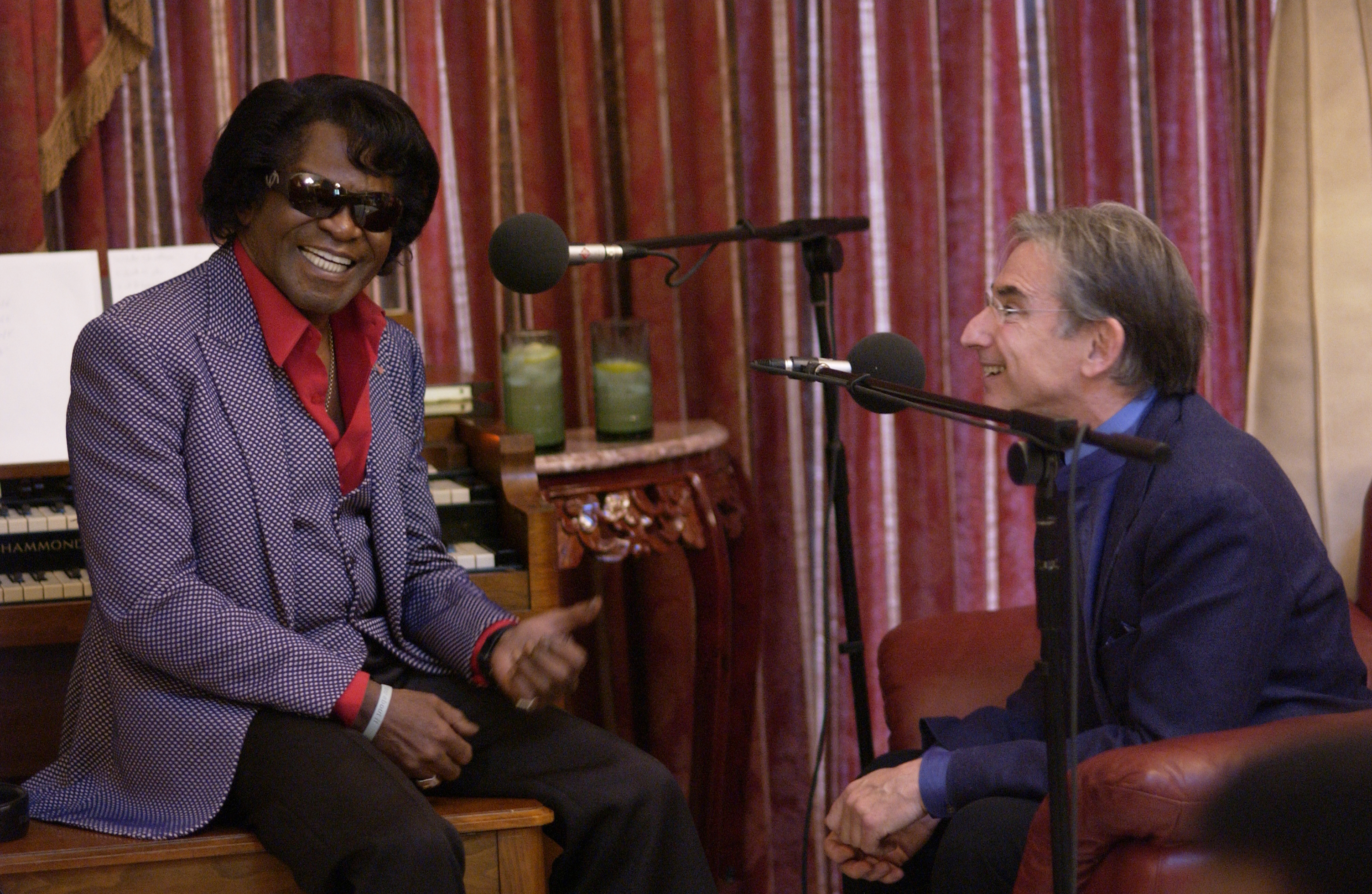 In 1970, Michael Tilson Thomas was considered the great young hope of American classical music. Becoming a star overnight when he stepped in mid-concert for the ailing Boston Symphony conductor, the expectations for him were limitless. But free-spirited MTT went his own way and stretched the boundaries of classical music. A winner of eleven Grammy Awards, Tilson Thomas appears on more than 120 recordings, received the National Medal of Arts from President Barack Obama and served as the Music Director for the San Francisco Symphony for over 25 years. Born into a creative Jewish family, Tilson Thomas is the third generation of his family to pursue an artistic career. His grandparents, Boris and Bessie Thomashefsky, were founding members of the Yiddish Theater in America. Oscillating between performance and the personal, Michael Tilson Thomas: Where Now Is offers an intimate look at an exceptional artist who continues to blaze his own trail.

Following the film, there will be a live, virtual Q&A with Peter L. Stein and Michael Tilson Thomas at 4:25pm on Saturday July 18th.

Following the suggested 2:30pm start time, there will be a live, virtual Q&A at 4:25pm PST on Saturday July 18th with Michael Tilson Thomas and Peter L. Stein. 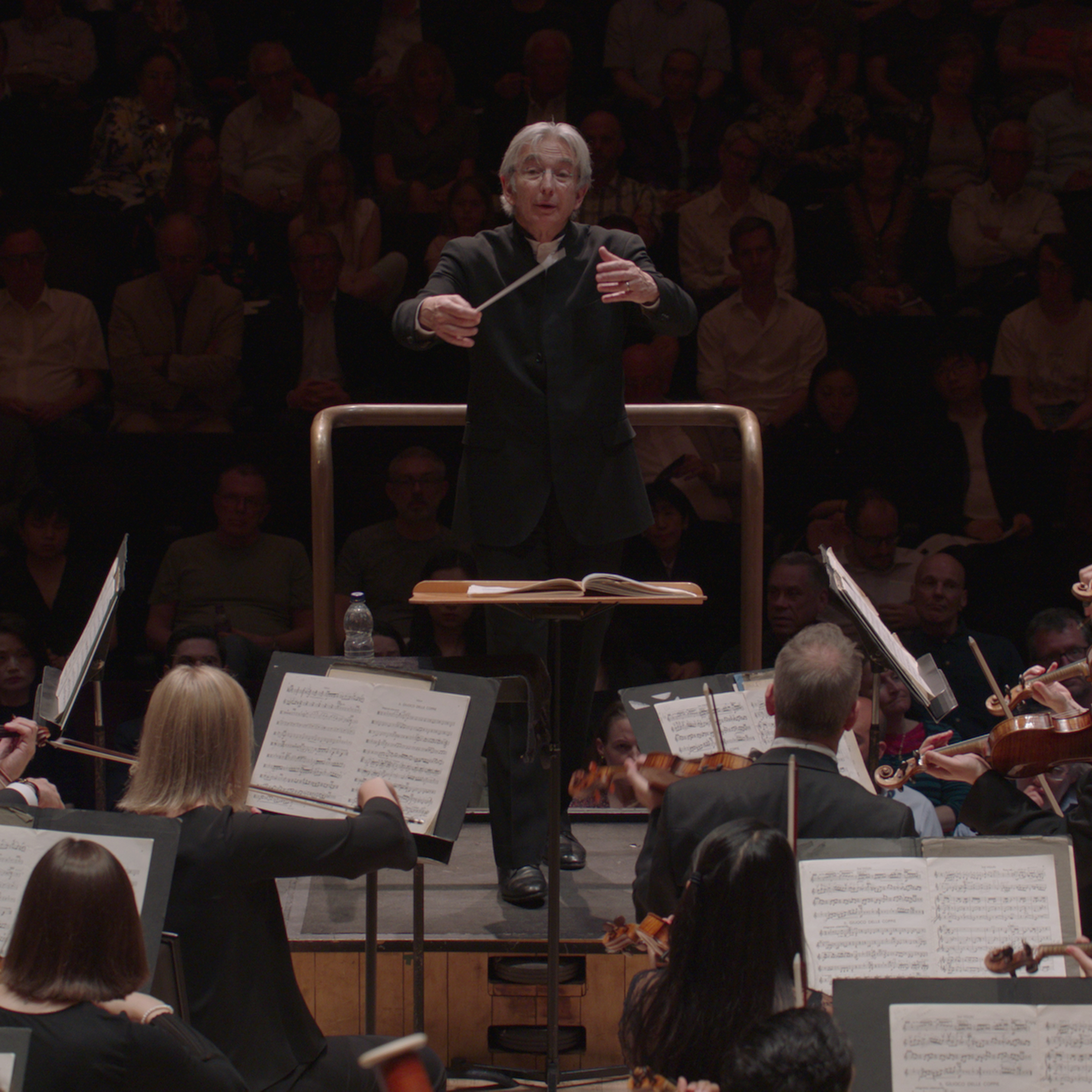 MICHAEL TILSON THOMAS was born in Los Angeles, and is the third generation of his family to pursue an artistic career. His grandparents, Boris and Bessie Thomashefsky, were founding members of the Yiddish Theater in America; his father, Ted Thomas, was a producer at the Mercury Theater Company in New York before moving to Los Angeles where he worked in film and television; and his mother, Roberta Thomas, was the head of research for Columbia Pictures. MTT began his formal studies at the University of Southern California, where he studied piano with John Crown and conducting and composition with Ingolf Dahl. At age nineteen he was named Music Director of the Young Musicians Foundation Debut Orchestra. In 1969, after winning the Koussevitzky Prize at Tanglewood, MTT was appointed Assistant Conductor and pianist of the Boston Symphony Orchestra.  He was later appointed Principal Guest Conductor of the Boston Symphony Orchestra, a position he held until 1974. In 1988, he co-founded and became Artistic Director of the New World Symphony, a position he still holds. That same year, he was appointed Principal Conductor of the London Symphony Orchestra and served in that role until 1995, when he became Music Director of the San
Francisco Symphony. A winner of eleven Grammy Awards, Mr. Tilson Thomas appears on more than 120 recordings. His discography includes The Mahler Project, a collection of the composer’s complete
symphonies and works for voice and orchestra performed with the San Francisco Symphon. In 2009, MTT received the National Medal of Arts from President Barack Obama and in 2019 received the Kennedy Center Honors. PETER STEIN a producer, programmer and presenter, has a career spanning film, theater, television, museums, and online media. From 2003-11 he was Executive Director of the San Francisco Jewish Film Festival, the first and largest of its kind; during Peter's tenure, IndieWire named SFJFF among the world's top 50 film festivals. During 11 years at PBS station KQED, he wrote, directed and produced documentaries and series for national public television, garnering a Peabody Award for his feature-length documentary, "The Castro." He is a frequent advisor and juror for festivals, broadcasters and media funders including ITVS, International Documentary Association and Frameline's Completion Fund, and a Senior Programmer at Frameline. Peter maintains an active career as a public speaker, conducting on-stage interviews with such diverse talent as Kirk Douglas, Stephen Sondheim, Carlos Santana, Lily Tomlin, Fran Lebowitz, Tony Kushner, Jhumpa Lahiri and Miranda July; he has taught both popular and graduate-level courses in film, and appeared on such programs as NPR's "Fresh Air" and "Weekend Edition." He is a Phi Beta Kappa graduate of Harvard, and a third-generation San Francisco native.

SUSAN FROEMKE is a non-fiction filmmaker with over forty documentary films to her credit from the classic Grey Garden (1976) to Lalee's Kin (2001), an HBO film on poverty that was nominated for an Academy Award. In 2016, Froemke directed Rancher Farmer Fisherman, a film about four unsung heartland conservationists that debuted at the Sundance Film Festival. The following year, she directed The Opera House which premiered at the New York Film Festival and delves into the creation of an opera house against the backdrop of the politicians, philanthropists, and artists in mid-1950's New York that collectively shaped the cultural life of the city. Froemke was the principal filmmaker at legendary Maysles Films in New York for over two decades and is a disciple of the direct cinema-style of filmmaking.

KIRK SIMON was an Academy Award and Emmy Award winning documentary filmmaker. His films include Isaac In America: A Journey With Isaac Bashevis Singer (1986), Chimps: So Like Us (1990), Rehearsing A Dream (2007), Strangers No More (2010), HBO’s Masterclass, and The Pulitzer at 100 (2016). He passed away after beginning production on Michael Tilson Thomas: Where Now Is.