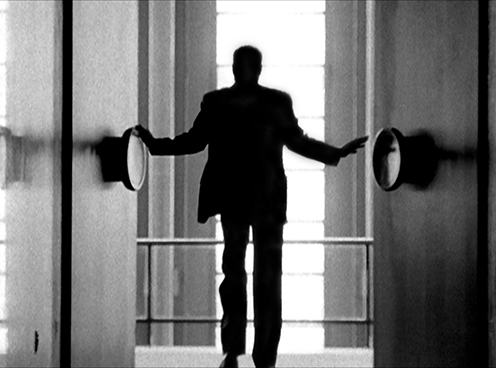 Making a film about the persistent scourge of genocide in our time might seem like a deeply depressing undertaking, but in Watchers of the Sky, MacArthur Award-winning documentarian Edet Belzberg creates an illuminating and visually eloquent journey into this darkest corner of human depravity, using as a framework the extraordinary life of a nearly forgotten Polish Jewish lawyer and human rights advocate: Raphael Lemkin (1900-1959). As a young student, Lemkin had been appalled by the impunity that greeted the mass murder of Armenians by Ottoman Turks. "Why is the killing of a million," he wrote,  "a lesser crime than the killing of an individual?" He set about his life's task of creating an international legal framework for preventing and prosecuting such "barbarity" (the word he used until he came up with a new term, "genocide") in 1944, by which time his family had already become victims of the Nazis' form of the practice. The documentary skillfully interweaves Lemkin's story, exquisitely rendering imagery and prose into evocative animations, with profiles of four contemporary human rights advocates at the International Criminal Court and the United Nations, including US Ambassador Samantha Power, whose Pulitzer Prize-winning A Problem from Hell helped inspire this exceptional and moving film.