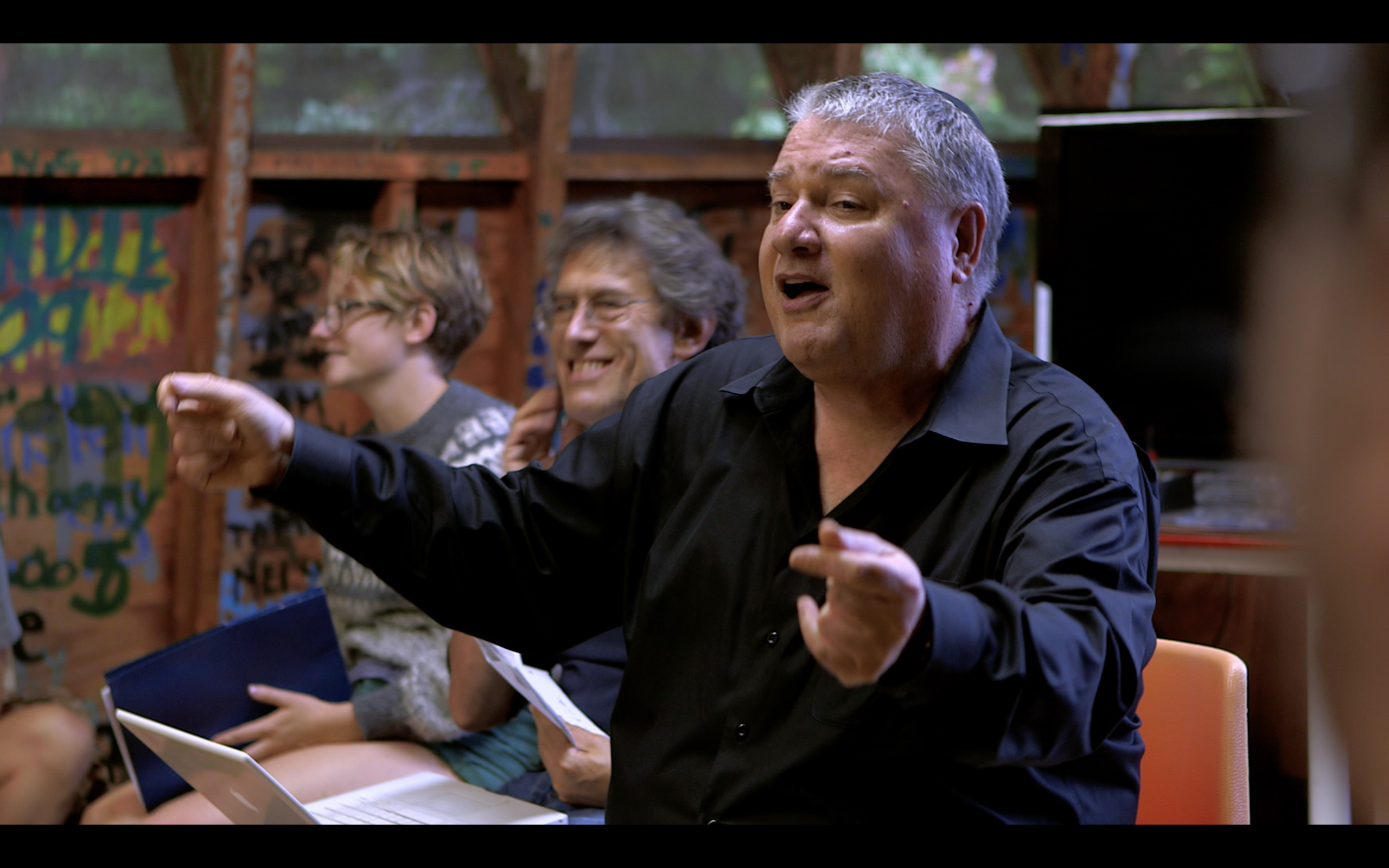 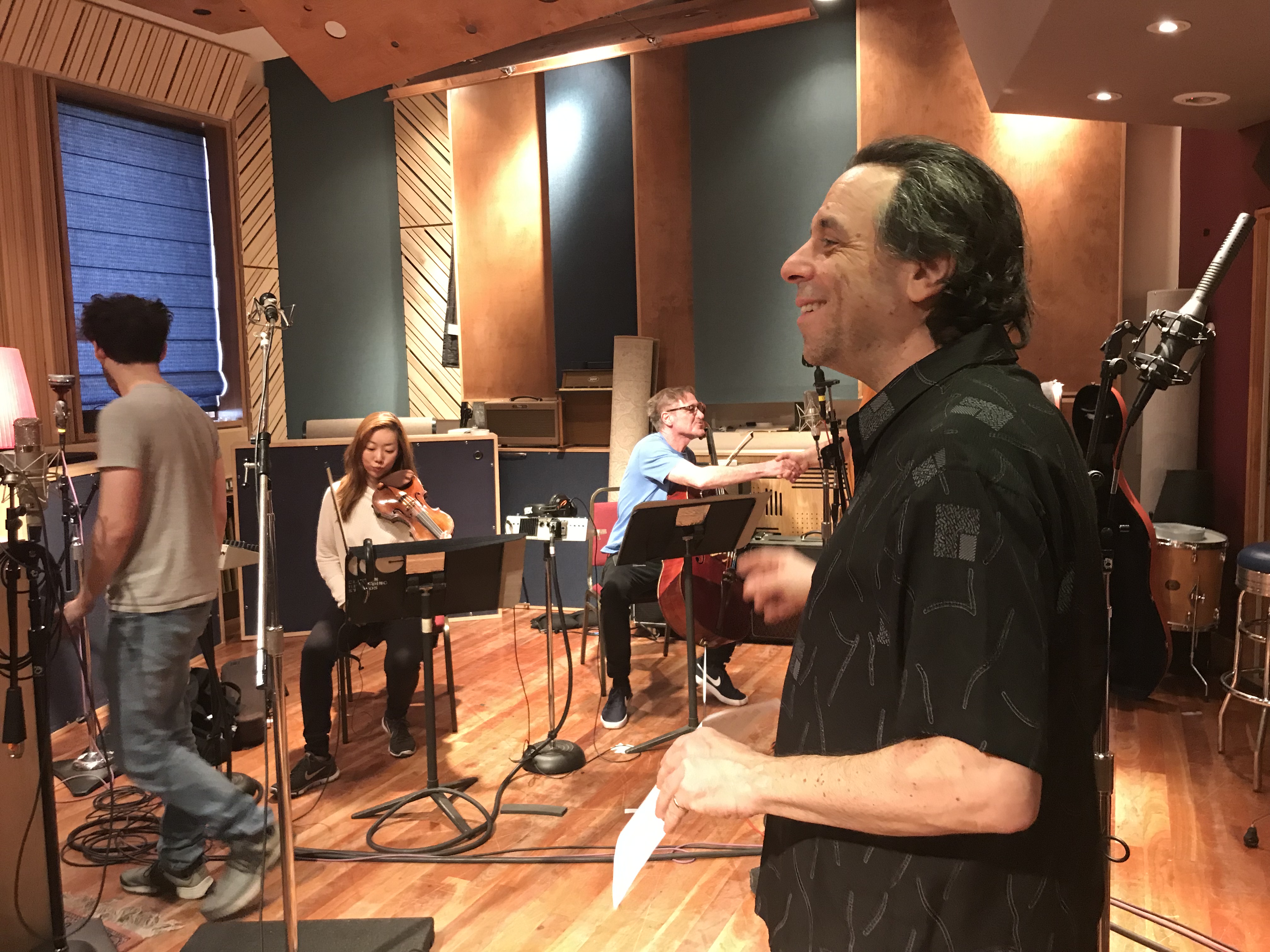 A wise Jew once opined – “You don’t leave synagogue humming the sermon.” It is sacred song
that lifts, inspires, transports the soul, and carries the beating heart of tradition. Cantor Jacob
Ben-Zion Mendelson – or just “Jackie” – has been in the vanguard and at the epicenter of that
evolving tradition since graduating from Hebrew Union College in 1970. As a cantor, a teacher
and a performing artist, his Brooklyn-born chops, dynamism and humor have inculcated and
inspired legions of cantors across the U.S. and world. But Jackie is no longer the cantor at his
long-time home of Temple Israel Center in White Plains, NY. His absence on the bimah –
Hebrew for stage – reveals multitudes about both the state and future of Jewish sacred music.
Director Erik Greenberg Anjou (A Cantor’s Tale, The Klezmatics – On Holy Ground, Deli Man)
had unparalleled access to his larger than life subject in this captivating, warts and all portrait.

Erik’s filmmaking work encompasses fiction and non-fiction. Subjects range from Ivy League football to abstract expressionist painting to Jewish delicatessen. His screenplay, You Shall Not Kill adapted from a novel by Uri Oren, is under option by Producers Rony Yacov and Thomas Schuhly (The Name of the Rose, Alexander).

Two previous feature-length documentaries – A Cantor’s Tale and The Klezmatics: On Holy Ground – have screened at some two hundred international film festivals and have captured top festival prizes in Tel Aviv, Warsaw, Miami, San Diego and Washington, D.C. Erik’s documentaries have received support from the Nathan Cummings Foundation, the Andrea and Charles Bronfman Philanthropies, the Maurice Amado Foundation, the Karma Foundation, and the Nash Family Foundation, among others.

His Deli Man was released theatrically in 2015 by Cohen Media Group, and was a Critics Pick by Kenneth Turan of the Los Angeles Times. 8 – Ivy League Football and America was broadcast on PBS, and features Tommy Lee Jones, Chuck Bednarik, Ed Marinaro, Calvin Hill, and former Secretary of State George Shultz, among others. The film is narrated by former Columbia gridder, Brian Dennehy. Erik has recently partnered to form Philly Special Productions. Stay tuned for news about The Favor and On Eagles’ Wings.

You may also see Erik on the campus of School of Visual Arts in New York, where he teaches film and digital production.

Ralph Marash is a documentary film and record producer located in New York. He has worked extensively with Erik Greenberg Anjou and Cantor Jacob Ben-Zion Mendelson.

His credits include the double CD YONTEF! as well as the documentaries A Cantor's Tale, The Klezmatics - On Holy Ground, Deli Man and A Cantor's Head. Ralph is also a proud supporter of the films Four Seasons Lodge (Director: Andrew Jacobs) and Tying The Knot (Director: Jim de Seve).