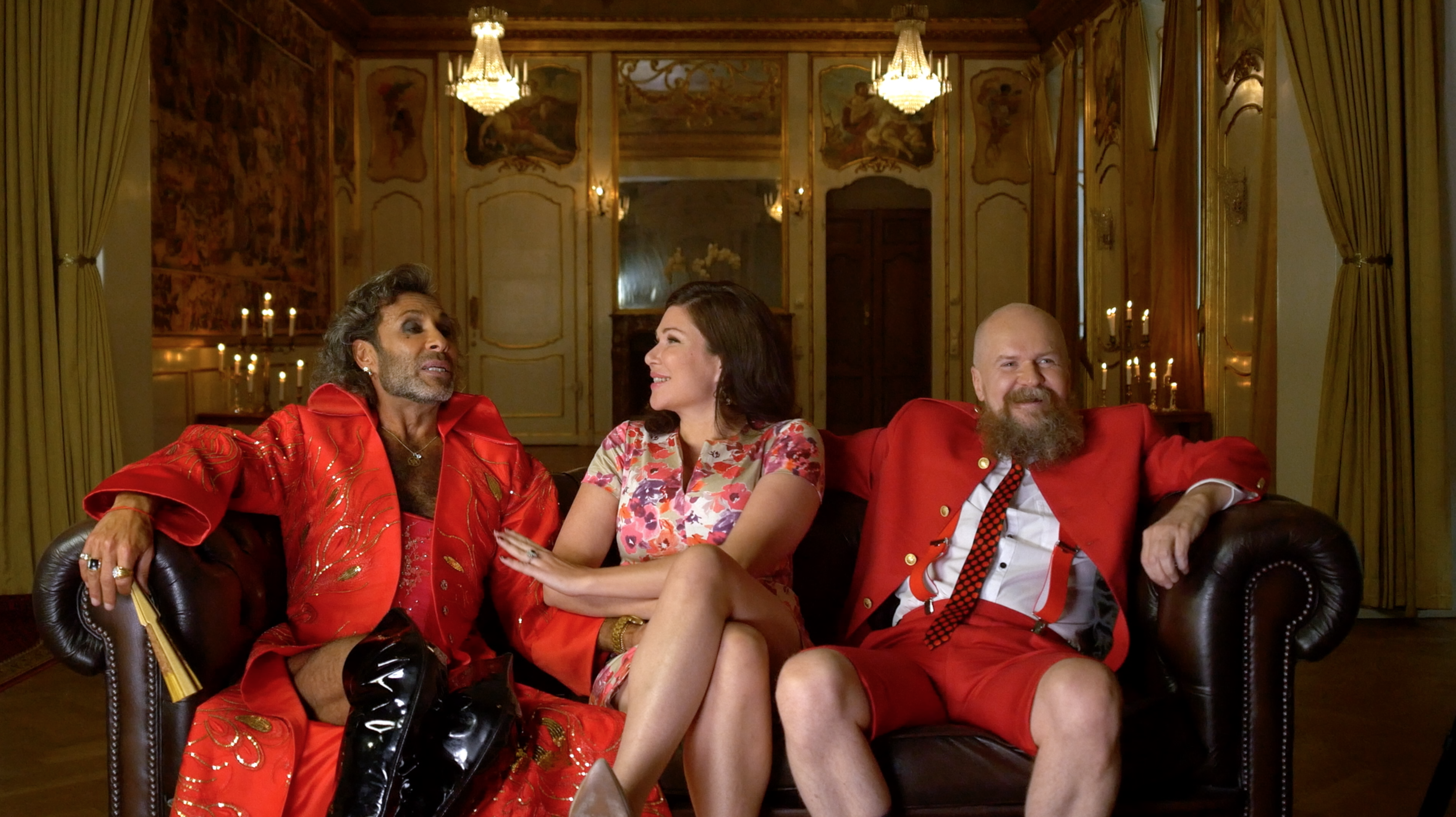 Thirty years after launching into international stardom, queer disco-pop band Army of Lovers embarks on a new chapter when frontman Jean-Pierre Barda uproots his existence to move from Sweden to Israel. So begins this fascinating documentary that examines home, identity, family and the pull of Aliyah (immigration to Israel), even after age 50. A blend of ABBA, the B-52s and performance art, Army of Lovers is still rocking pride celebrations and underground club parties with its mix of high camp, daring music videos and a motto of "More is more, less is a bore." And while Barda's comembers Alexander Bard and Dominika Peczynski are his true family and his entire life has been in Sweden, his Jewish identity pulls him towards change. The salt-and-pepper-haired charmer gives up his luxurious apartment and fashionable clothes and settles into rollerblading through the streets of Tel Aviv, meeting passionate Israeli men and enjoying hummus in the backyard. But is that enough for a former pop star? Barda is can't-take-your-eyes-off-him enchanting, whether reclining on a chaise in a corset, flowered cloak and thigh-high patent leather boots, or donning tight fatigues while volunteering for the Israeli army. And while many struggle with the seeming paradox of Barda's identity - flamboyant, philosophical and religious all at once - he never doubts who he is. - Alexis Whitham

Preceded by 99 and Sweater