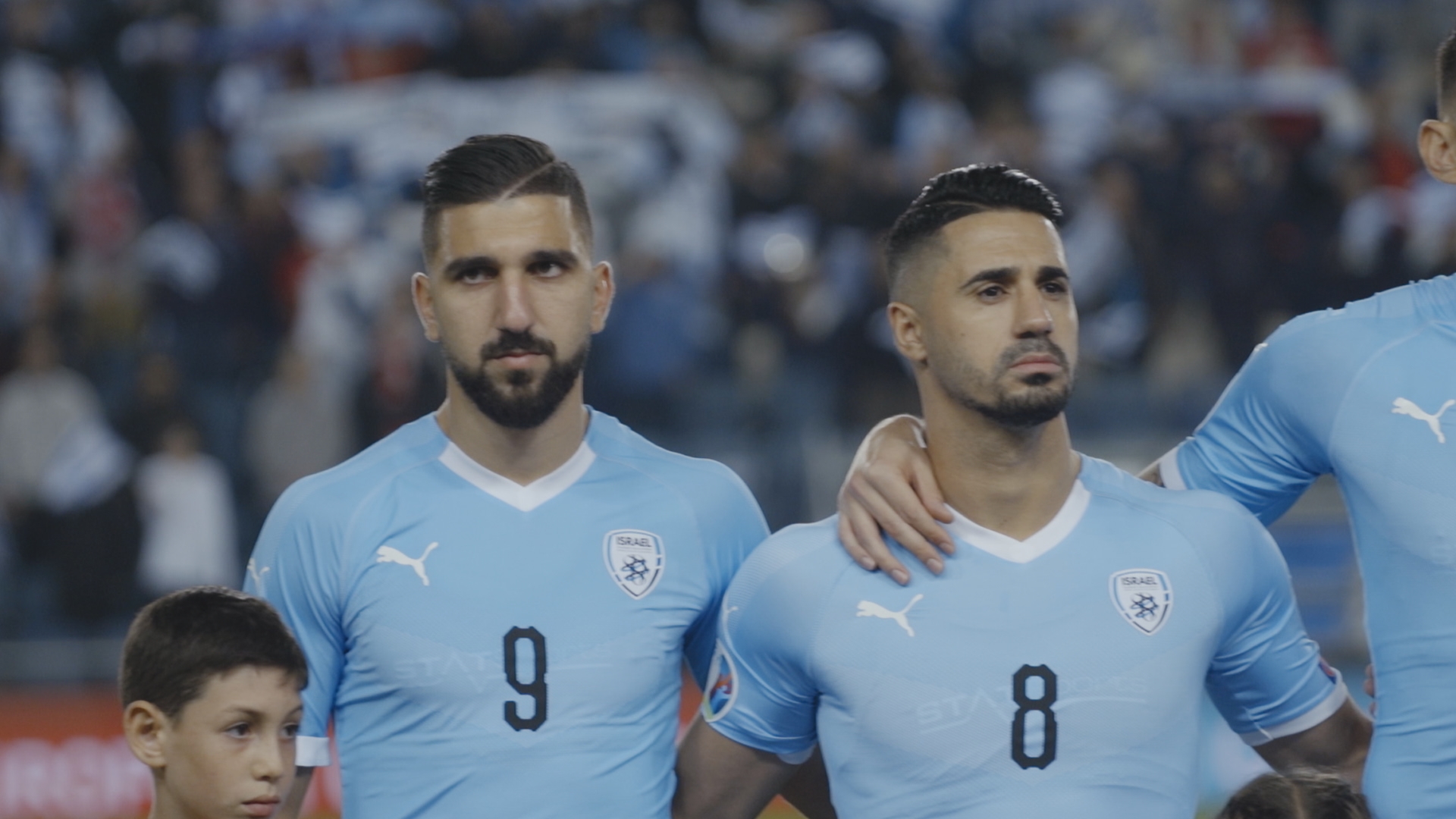 In 2019, after 50 years of failed attempts to make it into a major tournament, the Israeli National team prepares for the Euro 2020 Qualifying Tournament. And for the first time in the club’s history, almost half of the players are Arabs. And so begins Shuki Guzik’s dynamic documentary that shadows three premier players featured in the starting lineup - Striker Moanes Dabbur, Captain Bibras Natcho (the first and only Muslim to hold that honor), and Central Midfielder Beram Kayal. With a level of candor rare from professional footballers in Europe, they speak of the challenges inherent in being an Arab playing for Israel. Says Kayal, “People don’t realize we get the heat from both sides.” Although we witness the vitriol heaped upon them by rabid fans and a biased media, we also witness these players tremendous perseverance and passion for a game that has the potential to bridge cultures. In a recent interview, the Israeli director says, “If an Arab child sees a Muslim score a goal for the Israeli team made of Arab and Israeli players, I see only good can come out of this.”