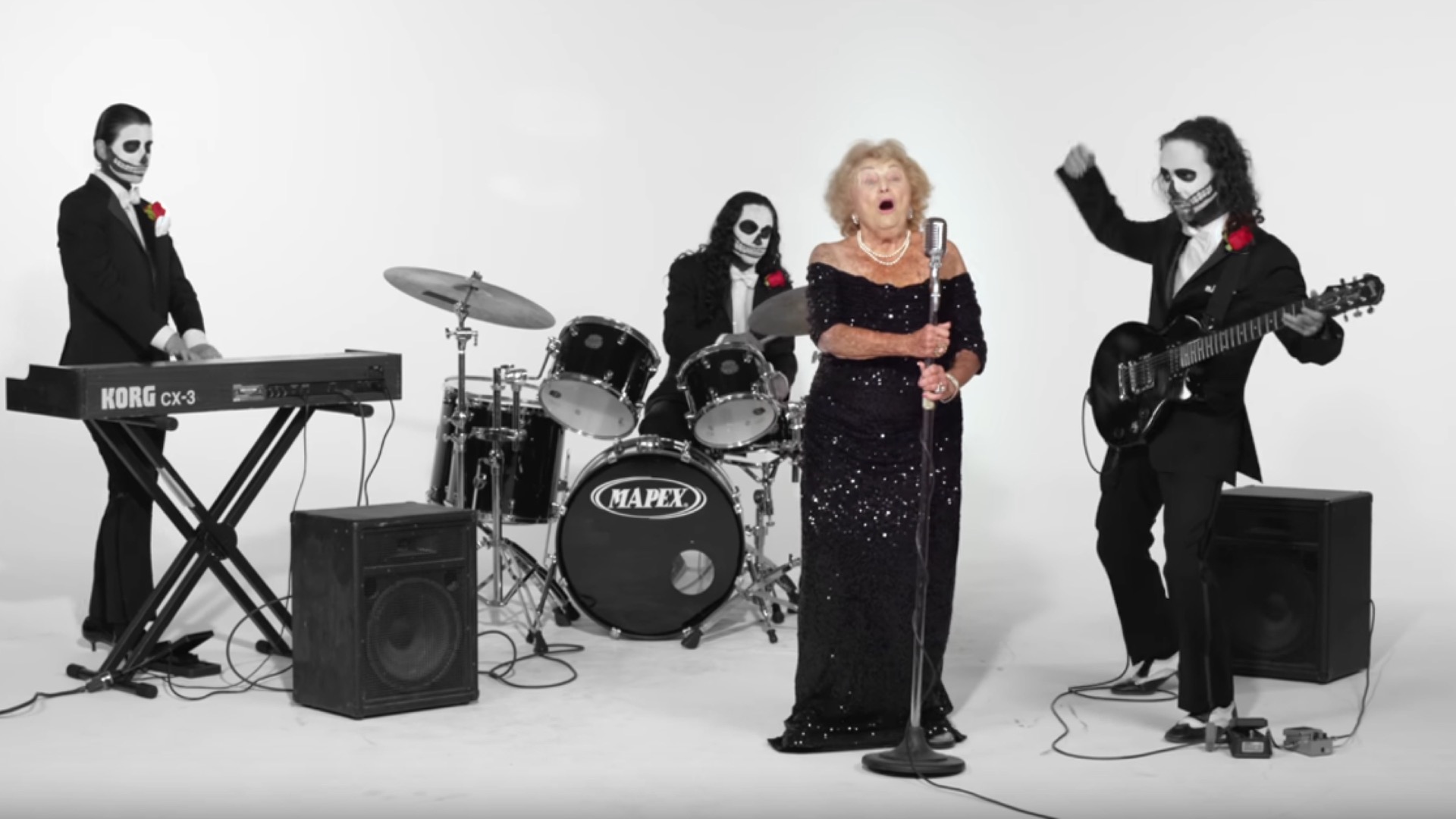 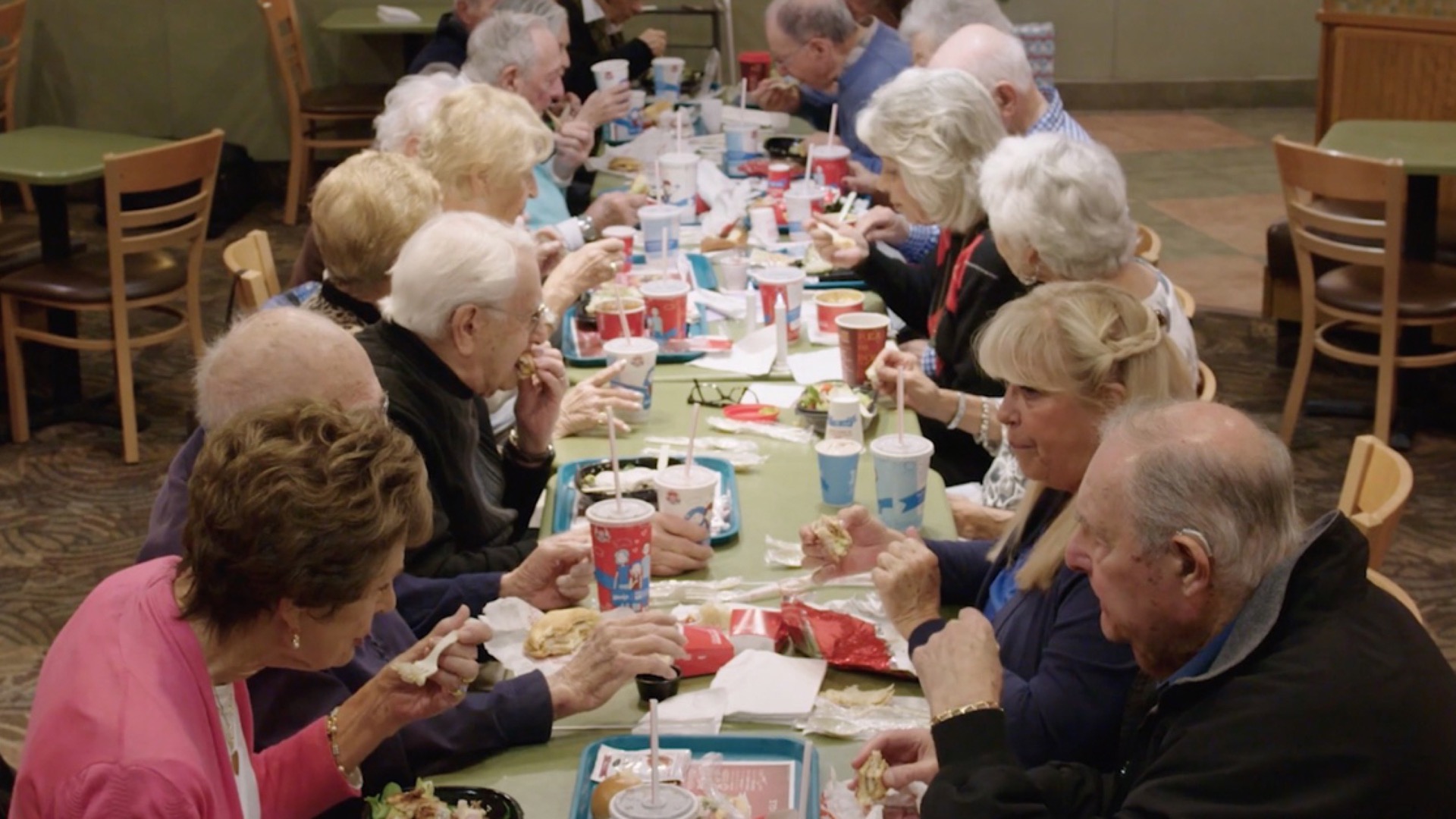 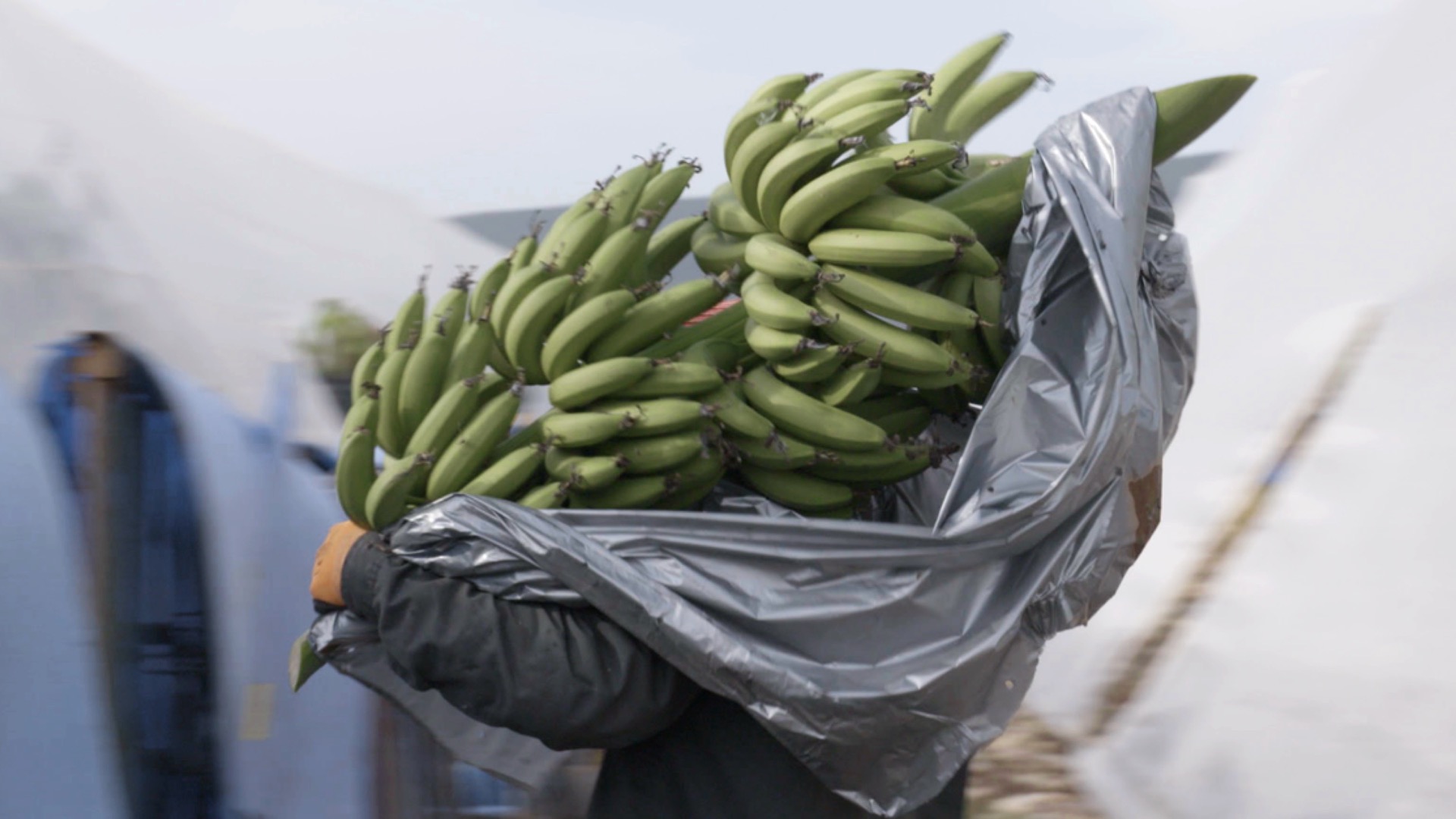 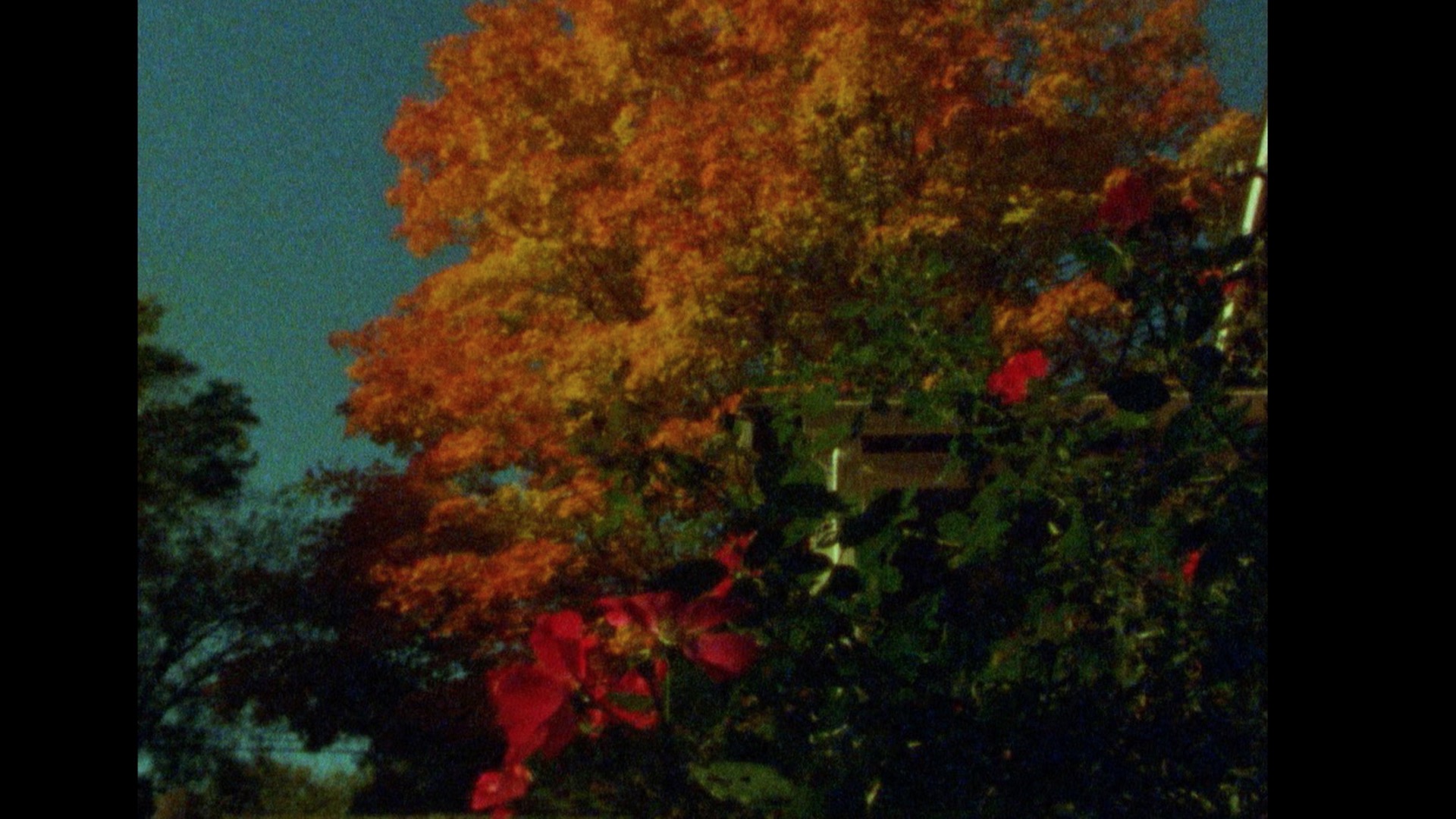 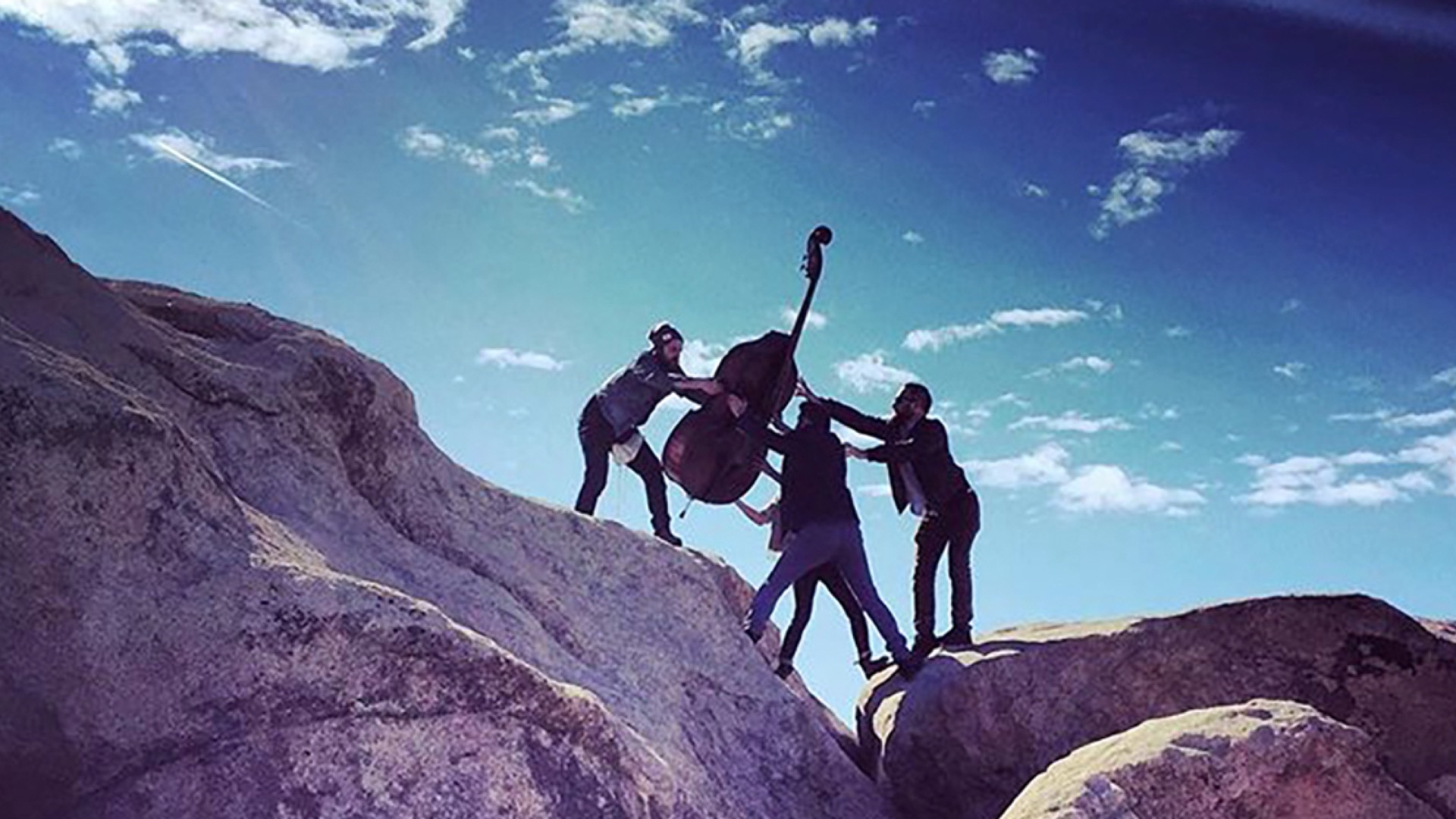 Truth can be found in the oddest places. This year's collection of documentary shorts finds moments of epiphany whether it be in a fast food restaurant, performing in a death metal band, in a truck loaded with Israeli bananas traveling to Gaza, unexpected success in a Crown Heights ultra-Orthodox community, or contemplating loss while gazing at a sugar maple tree in Atlanta.

Wendy's Shabbat | Dir. Rachel Myers
Shabbat dinner with a side of fries? The Jewish tradition of Shabbat is typically observed at home with family, but for a group of seniors in Palm Desert, Wendy's fast food restaurant will have to suffice in this charming story of rediscovering the joys of community and the longing for ritual, however unorthodox it may appear.

Death Metal Grandma | Dir. Leah Galant
Inge Ginsberg is many things: grandmother, Holocaust survivor, talented composer and avid poet. But behind her floral-colored shirt and light blue baggy pants lies something unsuspected. She just happens to be a death metal singer competing for America's Got Talent. By continuing to push herself to remain relevant, Inge resists appearing old, while also reminding us that there is immense beauty in old age.

A Perfect Day for Banana Leaves | Dir. Yavin Rubinstein
Bananas grown in the north of Israel reach their final destination in Gaza. They journey south through the Israeli landscape and toward the Palestinians across the wall as we witness from both sides how the merchants trade and ultimately who profits and who loses in this fascinating business operation.

All the Leaves are Brown | Dir. Daniel Robin
Filmmaker Daniel Robin (What's in a Name, SFJFF 2014; My Olympic Summer, SFJFF 2008) explores memory, loss, family and a sugar maple tree from his home in Atlanta after making a visit back to a much-changed San Francisco.

Zusha | Dir. Ora
When three ultra-Orthodox millennials started a folk band in Crown Heights, Brooklyn, they had no intention of making it their lives. Now that their first album has unexpectedly hit the World Music billboard charts, this trio of friends is forced to confront a new path towards fame.