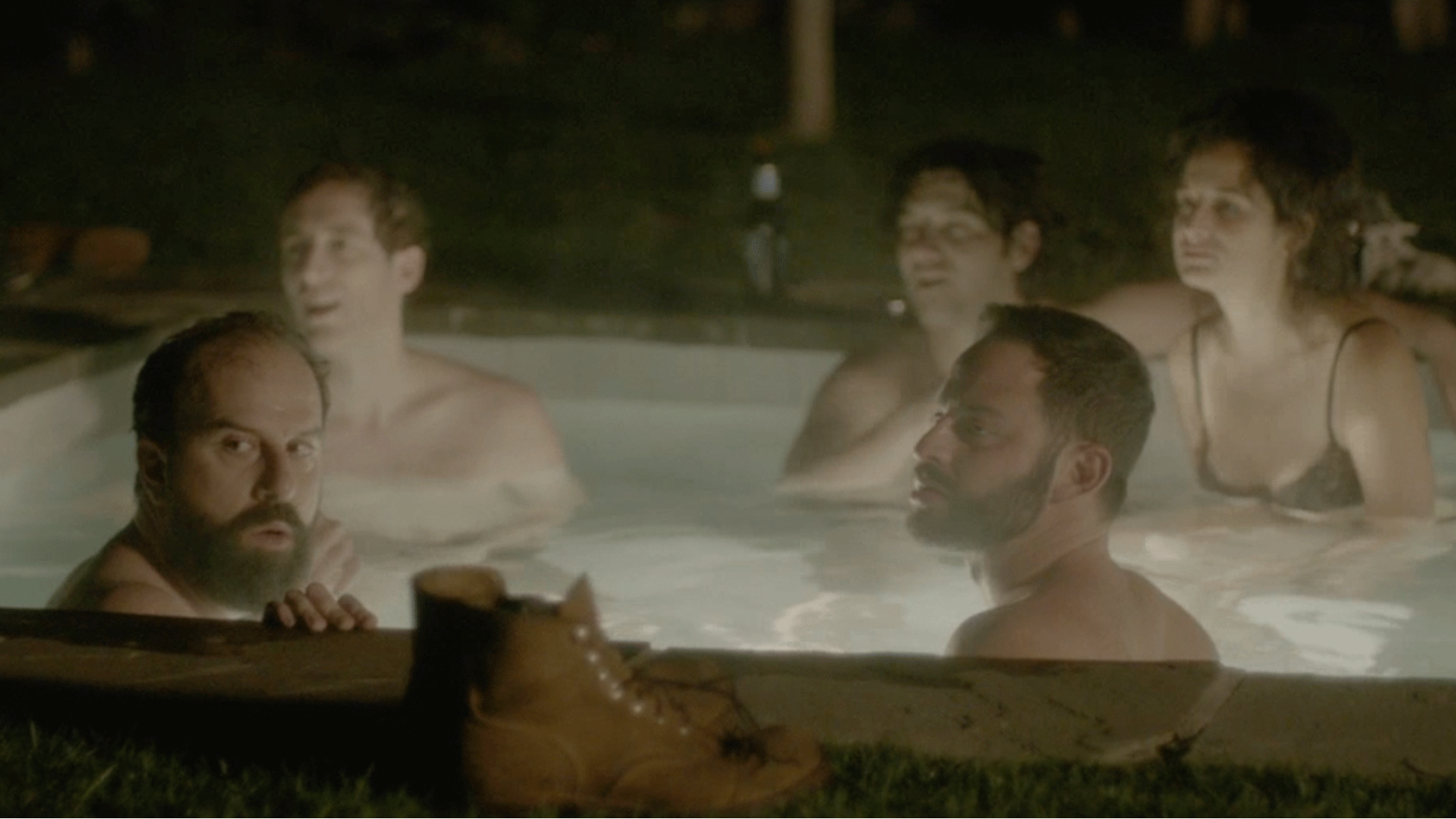 After his engagement falls apart on the evening of his birthday, Joshy's (Thomas Middleditch, Silicon Valley) best buddies rally together to pull off a much-needed guys-only weekend for their grieving friend. The destination is a country house in Ojai, California, where party animal Eric (Nick Kroll, The Kroll Show) has planned debauchery to distract everyone from the daily grind. The rest of the thirtysomething gang includes the highly neurotic Adam (Alex Ross Perry, Listen Up Philip), whose girlfriend has just dumped him and good guy Ari (Adam Pally, The Mindy Project), a recent father and the man with the weed. Free-spirited and feisty Jodi (Jenny Slate, Obvious Child), in town to get together with her girlfriends, interrupts the sausage party and draws the bashful eye of married Ari. But as the coke is snorted and the dope is smoked, and more guests (both wanted and unwanted) show up, the guys are left to finally confront the elephant in the room: their feelings. Jeff Baena (Life After Beth, JFI WinterFest 2015) keeps the direction loose, allowing his gifted cast the freedom to keep the razor sharp dialogue flowing. Male bonding has never been more complex . . . and comically awkward. Premiered at Sundance Film Festival, 2016.