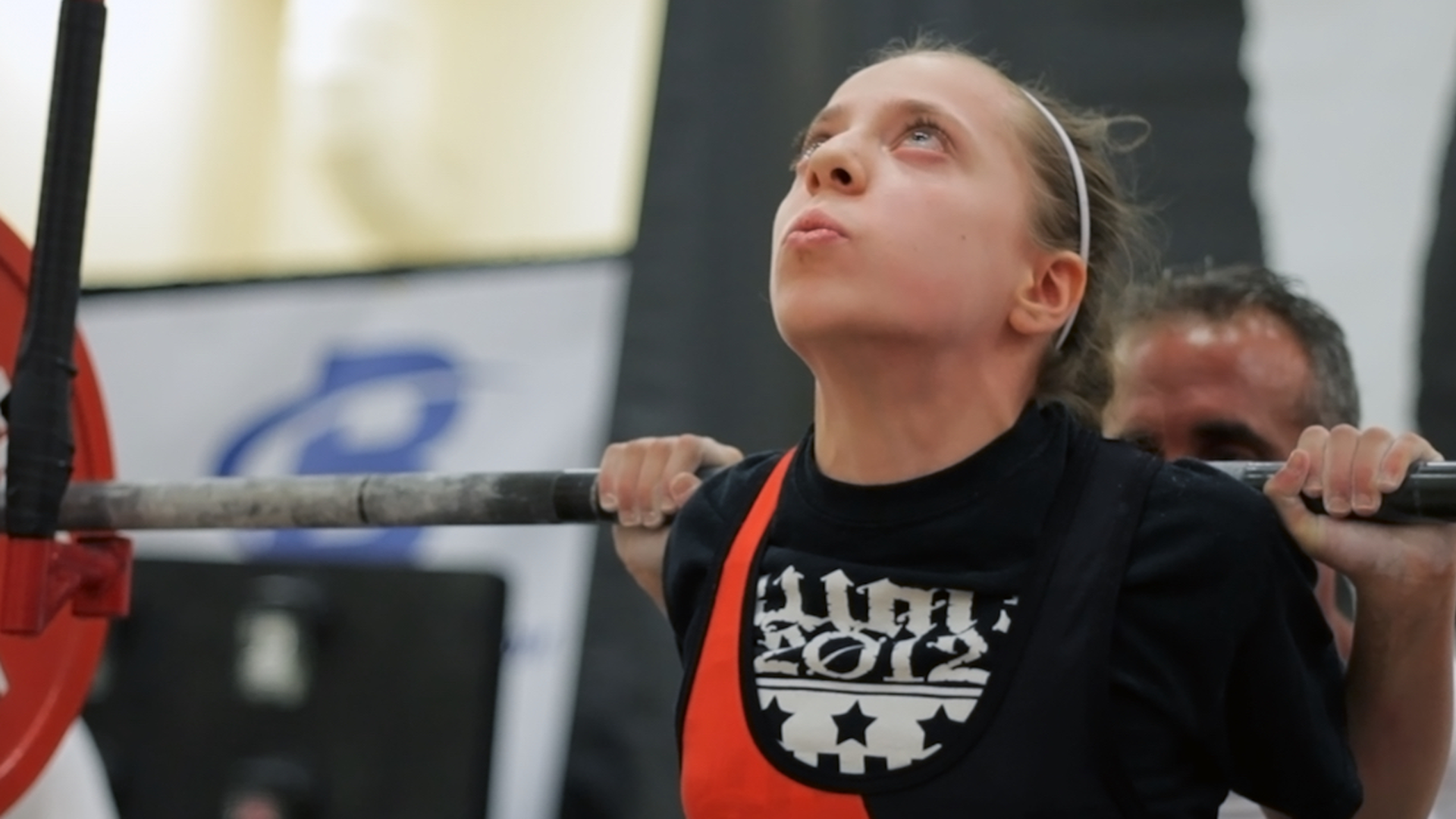 Naomi Kutin seems like a typical Orthodox Jewish pre-teen, until her extraordinary weight lifting talent thrusts her into news headlines and transforms the lives of her family. Supergirl follows Naomi's unique coming-of-age story as she fights to hold on to her title while navigating the perils of adolescence-from strict religious obligations to cyber-bullying, and health issues which could jeopardize her future in powerlifting. Can she still be "Supergirl" if she can no longer break world records?

Preceded by a live musical performance by FOUNDATIONAL SOUL from Oakland School for the Arts. Producer Carmen Delaney expected.

Jessie Auritt is an award winning documentary filmmaker based in New York City. Her short film, THE BIRDMAN, about the quirky owner of a used music store, premiered at DOC NYC in 2012 and was an official selection at festivals across the country and received numerous awards, including the Grand Jury Prize for Short Documentary at Slamdance in 2013. Jessie made her first film, THE PRICE OF EDUCATION, about a single mother struggling to provide a better future for her family, as an undergraduate at Tufts University. In addition to independent filmmaking, she has shot, edited, directed and produced videos for UNICEF, IFC.com, and The New York Daily News, as well as many other companies and non-profit organizations. SUPERGIRL will mark Jessie's debut as a feature film director and editor.