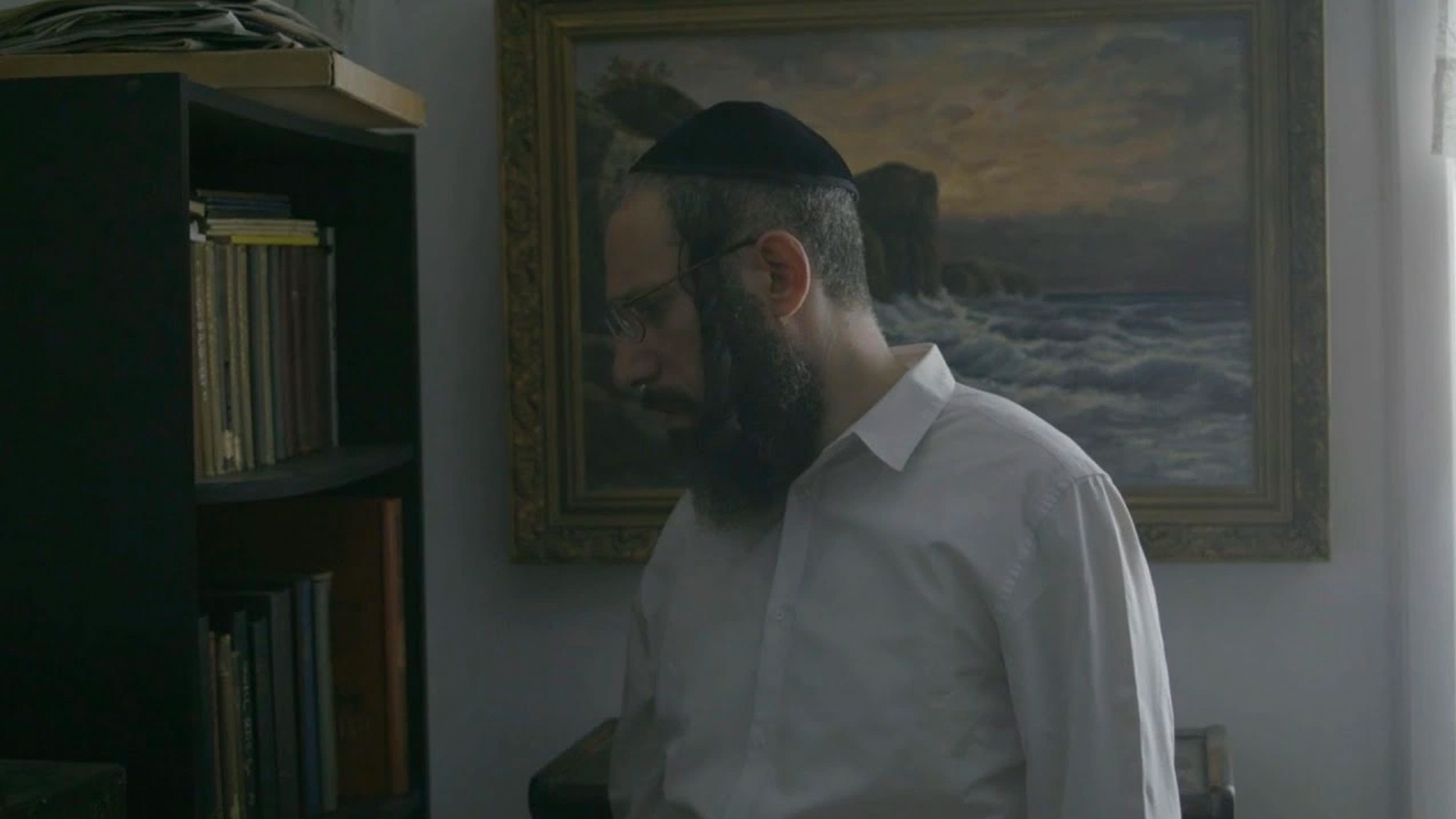 Itzik, a middle aged Hasidic man, is the only one in his strictly religious family to never have married. He lives in the basement of his brother and sister-in-law’s house in Brooklyn, where he makes a very small living as a book binder and repairman of old Holy books, and leads a generally quiet existence. One day, as he’s searching on craigslist for book binding materials, he stumbles across an ad offering ‘binding lessons for submissive women.’ On an impulse, he responds to it, and soon becomes entangled in an emotionally intense BDSM relationship with the stranger on the internet known to us only as “MeatMaster500.” Taking on the identity of an unhappily married woman he dubs ‘Serena’, Itzik divulges his darkest sexual fantasies to MeatMaster500, all the while trying to keep the relationship a secret from his deeply religious brother, Moishe, and simultaneously fending off the well-intentioned attempts of his sister-in-law, Ruchel, to find him a nice middle-aged Hasidic wife.

Anika Benkov is a nonbinary playwright, filmmaker and performer based in NYC. They come to film through documentary, theatre, and creative fiction. Anika has been recently recognized as a quarterfinalist in the Sundance Screenwriting lab for their feature length film, and is now a participant in the Sloan Mentorship program through Columbia University with their pilot. Anika is a screenwriting and television writing MFA candidate at the Columbia School of the Arts.