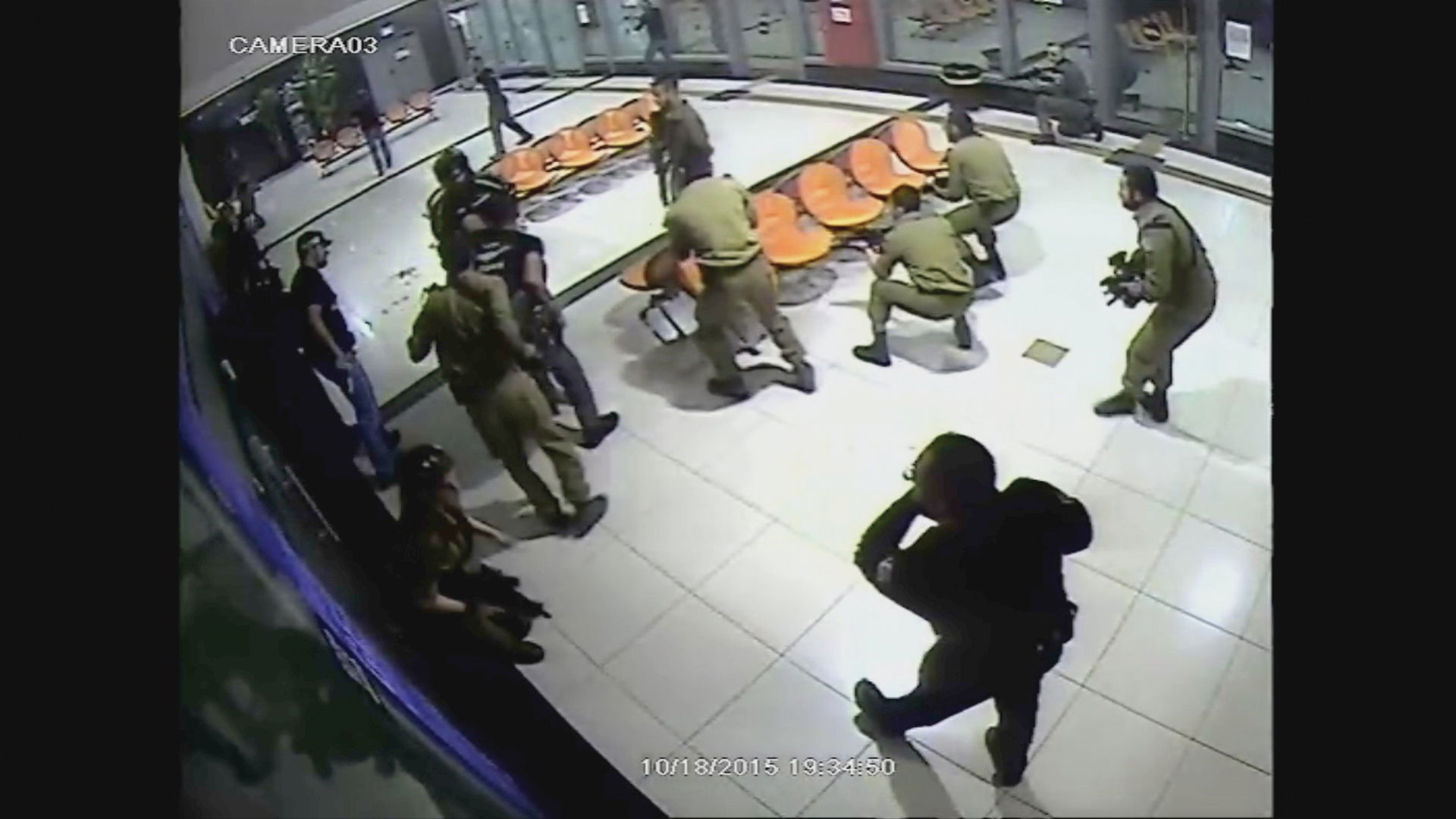 This gripping, Rashomon-style documentary—with several eyewitnesses offering their own perspectives on a single event—is devoted to unpacking what happened in the span of 18 fateful minutes on October 18, 2015. That’s when the bus terminal in Beersheba, Israel, erupted in gunfire, and the air of normalcy was instantly shattered. One moment people were grabbing a bite to eat or doing some quick shopping before their bus departed. The next, panicked passengers, shoppers and the wounded are scrambling for cover. All of this is captured on footage from security cameras positioned throughout the station. And it is this footage, interwoven with interviews with survivors and first responders, which allows directors Tali Shemesh and Asaf Sudry to closely examine the events as they unfolded in an effort to understand people’s reactions in the moment. Skillfully walking the viewer through the evidence, the filmmakers invite us to imagine what it would have been like to be confronted with such carnage and confusion. Would we have made the same fateful decisions? Winner of the Best Mid-Length Documentary Award at the International Documentary Film Festival in Amsterdam, Death in the Terminal is both an absorbing film as well as a trenchant reminder that in moments of anger and panic the truth can be obscured by fury and fear. —Mark Valentine