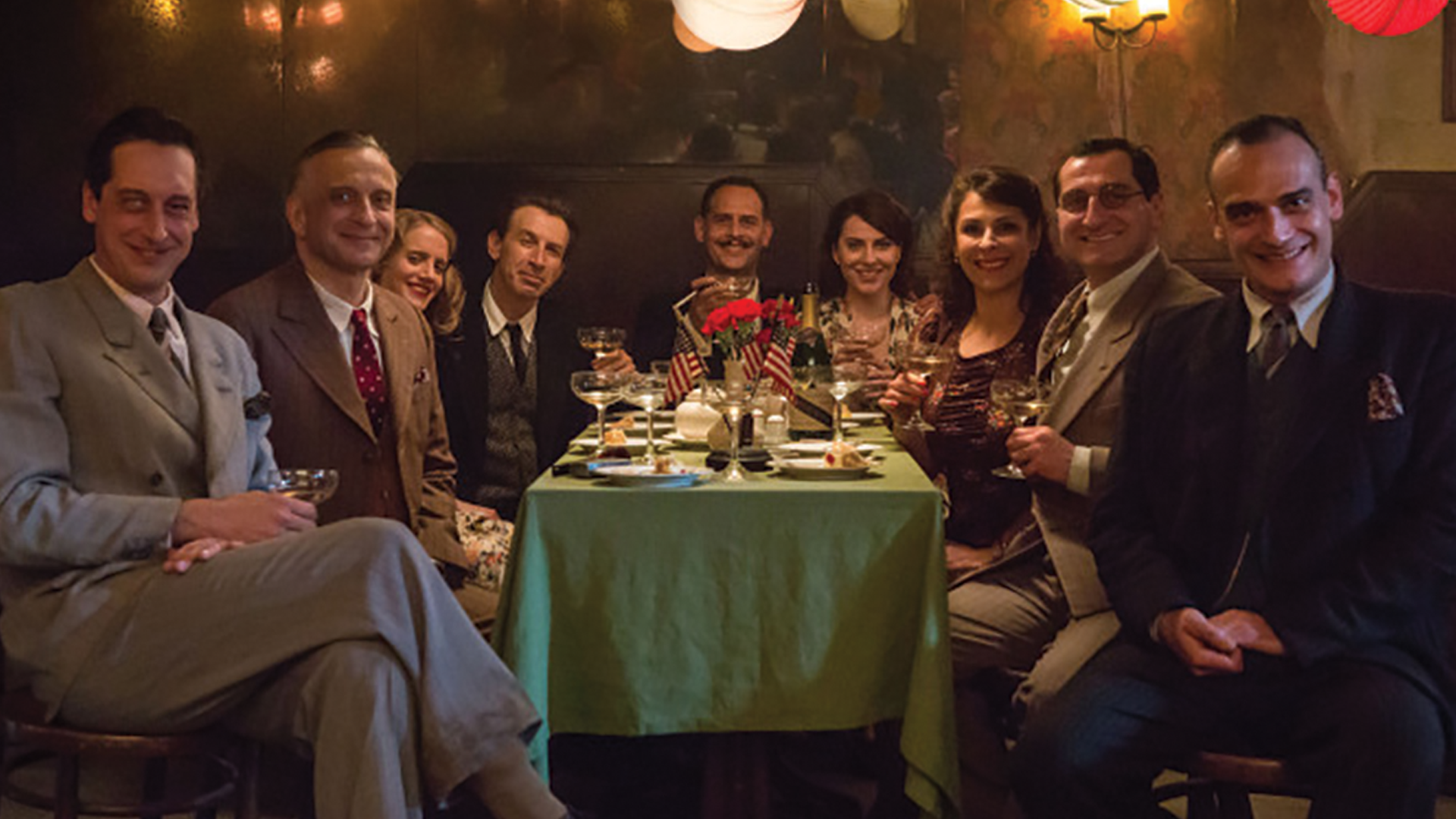 “After World War II approximately 4,000 Jews stayed in Germany. Later, none of them could explain to their children why,” read the concluding lines of Sam Gabarski’s Bye Bye Germany. This closing intertitle could serve equally well as an opening: Gabarski’s (Rashevski’s Tango, SFJFF 2004) stylized, humor-laced drama devotes itself to answering this question by portraying the lives of a sundry group of survivors who remain in Germany in a displaced persons camp immediately after liberation. The primary story belongs to the charismatic, top hat–wearing jokester David Hermann (Run Lola Run’s masterfully expressive Moritz Bleibtreu), a Sachsenhausen survivor who struggles to carry on the family linen business he inherited abruptly from his parents and brother after they perished in the camps. The problem, however, is that David’s license is currently threatened: He is being interrogated for possibly colluding with the Nazis who imprisoned him. To make matters more ironic, the special agent cross-examining him is a Jew, whose iciness only adds to her intrigue (Antje Trau, The Woman in Gold). David may lay the charm on thick, but his large, deep set eyes cannot always hide the melancholy behind them. How will he manage to make ends meet and make it in the world, both in terms of his salary and his spirit? —Zoe Pollak