Seven months after helping her terminally ill mother have a “good death” in home-hospice, filmmaker Judith Helfand (Freedom of Expression Award Winner, SFJFF 2019)  becomes a “new old” single mother at 50. Overnight, she’s pushed to deal with her stuff: 63 boxes of her parent’s heirlooms overwhelming her office-turned-future-baby’s room, the weight her mother had begged her to lose, and the reality of being a half century older than her daughter. Told in the first person, in deep consultation with the past -- as in 25 years of family footage -- Love & Stuff explores the transformative power of parenting, our complex and very emotional attachment to stuff, and what it is we really need to leave our children. Helfand continues the journey she began two decades ago with her seminal film Healthy Baby Girl (SFJFF 1997), which was followed by the 2002 Sundance award-winning sequel Blue Vinyl (SFJFF 2002) and the shorts Ek Velt and Absolutely No Spitting (SFJFF 2019). Through these films Helfand established a voice that is deeply personal, darkly funny and ultimately reflects the universal power of love and family.

Following the suggested 3:45pm PST start time, there will be a live, virtual Q&A at 5:20pm on Sunday July 19th with filmmaker Judith Helfand and Margherita Ghetti, Next Wave Programmer.

This film is available for viewing from within California only.* 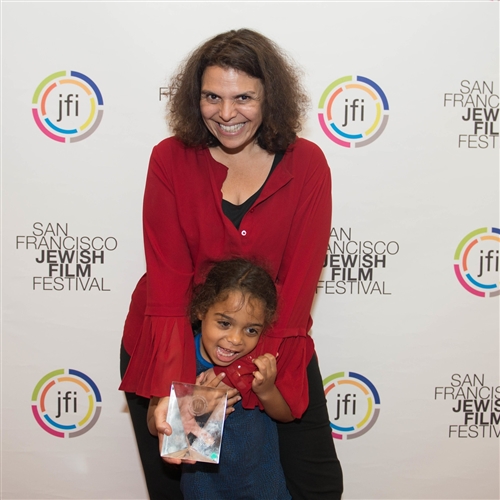 JUDITH HELFAND is best known for her ability to take the dark worlds of chemical exposure, heedless corporate behavior and environmental injustice and make them personal, highly-charged and entertaining. Her films include T​he Uprising of '34​, the Sundance award winning and 2x Emmy nominated B​ lue Vinyl,​ its Peabody Award-winning prequel A​ Healthy Baby Girl​, and ​Everything's Cool​. Three of those premiered at the Sundance Film Festival, with national broadcasts on PBS (POV), HBO and The Sundance Channel. A committed field-builder and educator, Helfand co-founded Working Films​ in 1999 and​ ​Chicken & Egg Pictures​ in 2005.